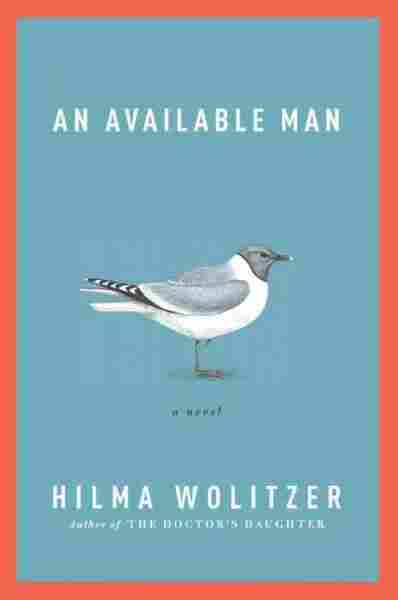 In my family, we referred to them as "the brisket brigade" — those single ladies of a certain age who began bombarding my brother-in-law with casseroles and commiseration soon after my sister-in-law died. It's a cruel fact of life that nobody plies widows with months of home-cooked meals and baked goods; as Jonathan Swift might have modestly proposed, widows might as well eat each other — there's a surplus supply of them, anyway. But a new widower gets the Crock-Pots and the romantic fantasies all fired up.

The main character of Hilma Wolitzer's charming new novel, An Available Man, is a 62-year-old science teacher named Edward Schuyler, who gets his first casserole lobbed into his freezer right after his wife's funeral. It's a "Tuna Surprise" that turns out to have "a single, coarse black hair at its defrosted center." Upon making this discovery, Edward immediately thinks of his beloved wife, Bee, who would have said something witty like, "Ah, the surprise!" Clever Bee, however, is no longer there: After decades of a happy marriage, she has been taken away, quickly, by pancreatic cancer, and Edward is left fending for himself — as well as fending off unwelcome phone calls from single strangers; ambush "setup" dates at dinner parties; and, in time, the well-meaning interventions of his adult stepchildren, who've placed an ad for him in the personals section of The New York Review of Books. It reads, in part: "Science Guy. Erudite and kind, balding but handsome. Our widowed dad is the real thing for the right woman."

Hilma Wolitzer is the author of Ending, In the Flesh and The Doctor's Daughter. She is the mother of novelist Meg Wolitzer. Robert Conlon hide caption

Edward is ashamed: He thinks that all of his friends will know it's him (that is, if they don't think it's Bill Nye the Science Guy trolling for dates). No matter; within days, Edward is showered with letters — scented, sexy and mildly sad — from scores of single women in the tri-state area.

As she has demonstrated in earlier books like Summer Reading and The Doctor's Daughter, Wolitzer is a champ at the closely observed, droll novel of manners, while also recognizing that — for both her characters and her readers — there's more at stake than laughs in the situations she depicts. An Available Man chronicles Edward's clumsy adventures in, as one character puts it, "Dating After Death"; but it also goes further emotionally, evoking the swampy stages of grief and the raw loneliness that haunts Edward, as well as all those women circling him.

One of the most affecting scenes here recounts Edward's blind date with one of the letter writers, a woman named Sylvia. They meet for dinner at a busy New York bistro, and when Edward first glimpses her at the bar, Sylvia looks shockingly young — slender, long blond hair. It later turns out that, in fact, she's older than Edward and has had "serious work" done on her face and other parts of her anatomy. Falling into bed together later that night, Edward can't get past Sylvia's "pulled face." That's when Sylvia gently clues Edward into what the senior sexual landscape looks like for women: "I have a friend [she tells him] who reads the obituaries looking for fresh widowers before someone else gets to them. And all she requires is a penis and a pulse."

Wolitzer beautifully manages the tone of An Available Man: It swirls from melancholy moments like that one to farce to charged insights about how absurd the concept of "starting over" can be. As I was reading the novel, I kept thinking about that Mia Farrow quote that has become well-known and could have been an epigraph for this novel: Farrow, who has certainly had her share of romantic hard knocks, said, "I get it now. I didn't get it then. That life is about losing and about doing it as gracefully as possible ... and enjoying everything in between."

Edward is at an age where his life has just started to become "about losing" — loved ones, as well as some of his own physical and intellectual energies. But because Wolitzer's novel, emotionally layered as it is, is essentially a comedy — and because, let's admit it, Edward is an available man — he learns that life, magically, can also continue to be about finding things.