Accessibility links
'HBC': Cultural Center, Fine Dining With Eastern Bloc Flair The restaurant HBC near Alexanderplatz offers a small but focused menu with a view looking on to the center of the city. A former Hungarian cultural center, the restaurant still projects a 1970's Eastern-Bloc flair. 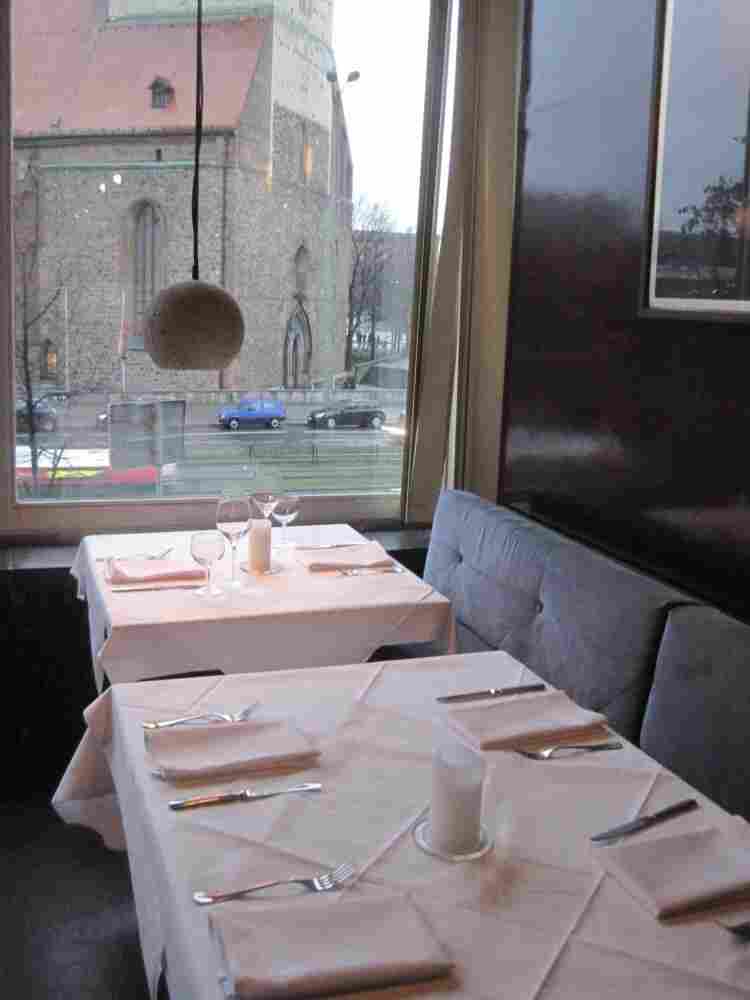 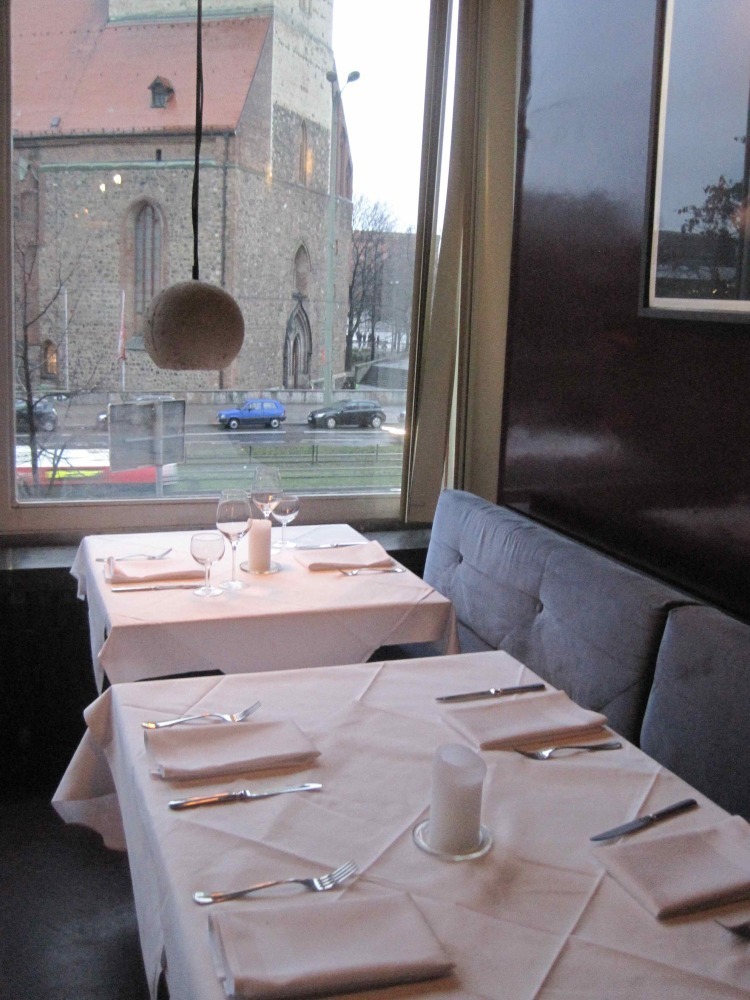 Maxime Boillat runs the restaurant at HBC near Alexanderplatz.

For Boillat, the quality of restaurants in Berlin is relatively behind London, Paris, or Rome. The most interesting and best restaurants in the world, for him, are in Tokyo.

And while the restaurant manager is not competing with Tokyo, he does try to offer a sophisticated dining experience.

The challenge, he says, is to strike a balance between exquisite food and affordable prices. His restaurant has crisp, white tablecloths and a decent wine selection. And the kitchen, he promises, offers an ambitious menu in a relaxed way, without being stiff.

Part of the restaurant's atmosphere was inherited from the former occupants: The Hungarian cultural center which moved into the building on Karl-Liebknecht Strasse in 1973. The architecture, and some of the furniture, still project a 1970's Eastern-Bloc flair.

Boillat says the restaurant used to be the office of the cultural center; it had a lot of cabinets. HBC has re-purposed the wood to make the restaurant's counter and wine cabinet. Cement from the ceiling was transformed into designer lamps. Bright red chairs provide a strong contrast to the otherwise muted colors of the wood and cement elements.

Apart from the restaurant, HBC also consists of a bar and club. They organize concerts, readings, and exhibitions.

So, in a way, it's still a cultural center, but without the socialism or the Hungarian menu it once served.

Two chefs, Hugo de Carvalho born in Brazil and trained in Italy, and Antonio Lamarca, a Bavarian with Spanish roots, prepare the food at HBC.

Boillat says they take their background and blend it with a strong Mediterranean influence- primarily Corsica and Sardinia and their tradition of combining fish and meat dishes.

The menu of the week includes calf's liver with sea scallops, turbot fish with serrano ham on salicorn, and pulpo on tarragon with a cured sausage meat spread. For dessert, fruits with white truffle honey. One of the house specialities is homemade ravioli.

HBC offers a small but focused menu with a view, looking on to the center of the city.