Accessibility links
Philip Glass At 75: Listening With Heart, Not Intellect The composer who changed the landscape of American music says he finally knows what he's doing. 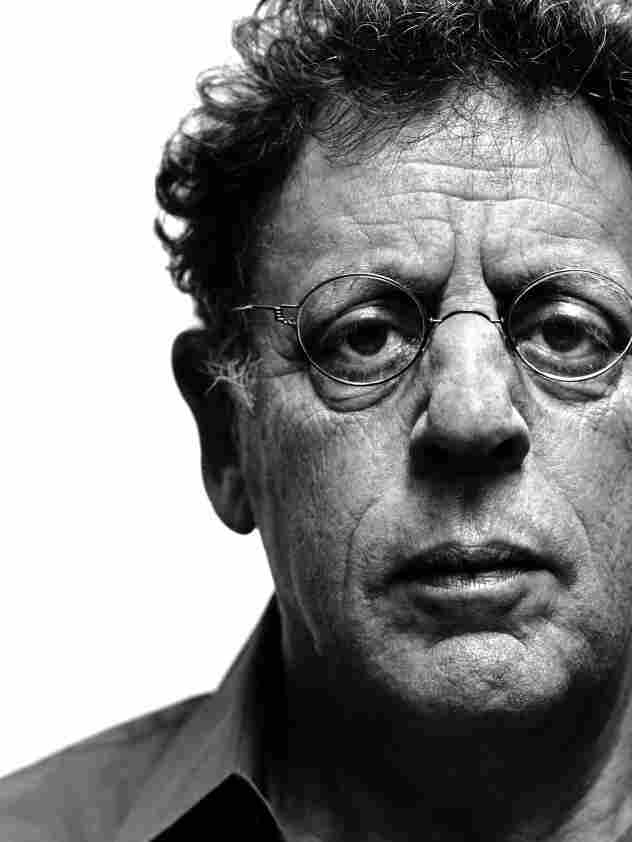 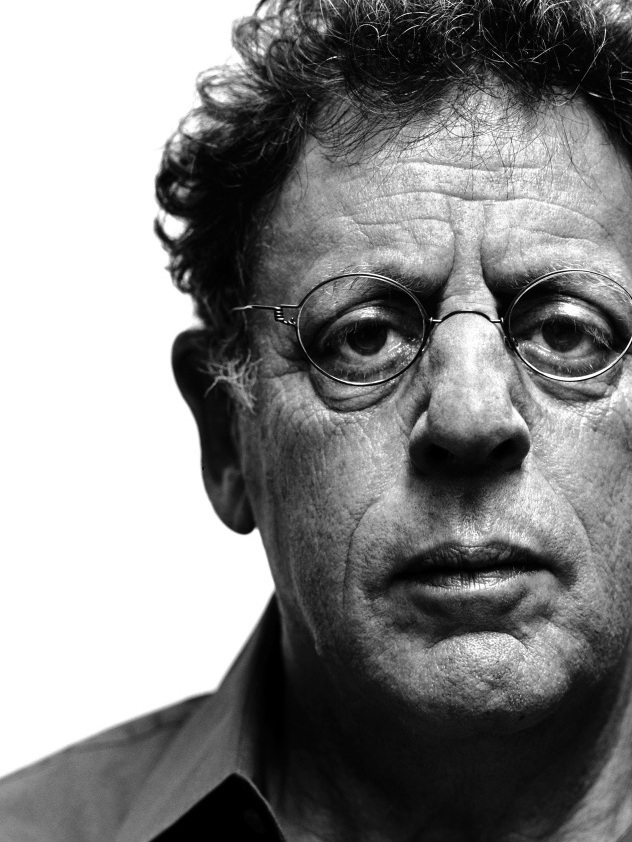 Composer Philip Glass changed the landscape of American music. As a founder of minimalism, Glass came up with a new way to make music and, with it, brought a new audience to the concert halls. Tuesday is Glass' 75th birthday, and the music world is celebrating in a big way with performances and festivals around the globe — including the premiere of Glass' latest work at Carnegie Hall.

Even on a frigid Saturday in January, the street outside Glass' East Village home crackles with traffic and pedestrians. Inside his brick townhouse, where he composes, Glass says he has created what he calls an "oasis of tranquility."

"Notice how quiet it is here? Those are very expensive windows. I have them all over the house," Glass says. "And at one point I realized, look, it's like — it's like looking at a silent movie. You can't hear the cars."

Symphony No. 9: Movement I

Raising A Glass To America's Most Famous Contemporary Composer Jan. 31, 2012

He can't hear the people passing by his windows on the street, but Glass says he has always been interested in what they're listening to.

"The Fillmore East was only a block away from where we're sitting right now," Glass says. "The East Village was the hub for that. I could hear that music. And I could go there. I could see a wall of speakers. When I went to see the Jefferson Airplane — a wall of speakers. I could hear amplified sound. And everybody could listen to it. And they did listen to it. And I'm thinking, 'Wait a second. How come when I go up to the Columbia Princeton concerts of modern music, there's just composers or their friends?' And these were very accomplished composers."

Bringing It All Back

Glass was one of another group of accomplished composers in the 1960s — including Steve Reich and Terry Riley — who made a conscious effort to reach the popular audience. Up to that point, much of 20th-century music had been focused on increasing harmonic and rhythmic complexity.

"What Glass did was go back to the most basic tonality you could have — major keys, minor keys — and to take small segments of music and repeat them over and over, changing them slowly along the way in his early music," New York Times music critic Allan Kozinn says. "He called it 'additive process.'

"So you might have a four-note theme that would become a five-note theme, a six-note theme, and then maybe one of the original notes would disappear. And these things would keep unfolding in a very sort of organic way. And that was a style that he created. And it was — even by comparison with the other so-called 'minimalists' at the time, you could listen to a piece by Philip Glass and know it was Philip Glass."

Glass worked out his ideas over the course of a decade, playing keyboards with his own ensemble, which included strings, reeds, voice, electric pianos and organ. He says that period ended in 1976 with an opera called Einstein on the Beach, an abstract contemplation of the life of Albert Einstein. Kozinn says it marked a turning point in Glass' career.

"It really was kind of a shot across the bow," Kozinn says. "It was done at the Metropolitan Opera. It was getting a lot of attention. And I think that piece is so big because it woke so many people up and told them that something new is happening in New Music. And it's not just more angular melodies and atonality. It's something completely else, and a lot of people are going to hear this."

A new production of Einstein on the Beach begins a world tour this spring, as part of the composer's 75th-birthday celebration. Glass says he hasn't changed a note, but it's going to sound better.

"When we were playing Einstein in 1976, we were just beginning to learn how to play it," Glass says. "Now, young players can come and play with us now, and they know how to play it because they've been playing the music in schools. They've heard it for years. This, as a style of music, is current."

'An Unerring Sense For The Drama'

After Einstein, Glass expanded his palette. His second opera, Satyagraha, told the story of Gandhi, but this time with a full orchestra, a conventional libretto in Sanskrit and a more expressive, even Romantic approach.

Conductor Dennis Russell Davies has been collaborating with Glass on operas and symphonies for 30 years.

"Philip has an unerring sense for the drama in music," Davies says. "There are parts in the pieces where people's breath is taken away. And it's this experience in music that so many listeners want to have — when you listen with your heart and not with your intellect."

How Writers Learn To Write

Over the past 40 years, Glass has composed more than 20 operas along with symphonies, film scores, chamber music and works for solo piano. He says he doesn't know how many of his compositions will survive the test of time, and that he doesn't care now that he finally knows what he's doing.

"What this amount of music has done for me is taught me how to write music," Glass says. "Oh, I had great teachers. Boulanger was one. Another was Ravi Shankar. And I went through the Juilliard process, and that was good, too. But I really learned from writing, which is how painters learn to paint, and writers learn to write, and how even dancers learn to dance. In a way, that's true. But what was the value of being so prolific? It's how I learned my trade."

Philip Glass still plies that trade at 75. He has already finished his Tenth Symphony, and now he's working on two new operas. His advice to a middle-aged reporter: "Don't ever slow down."