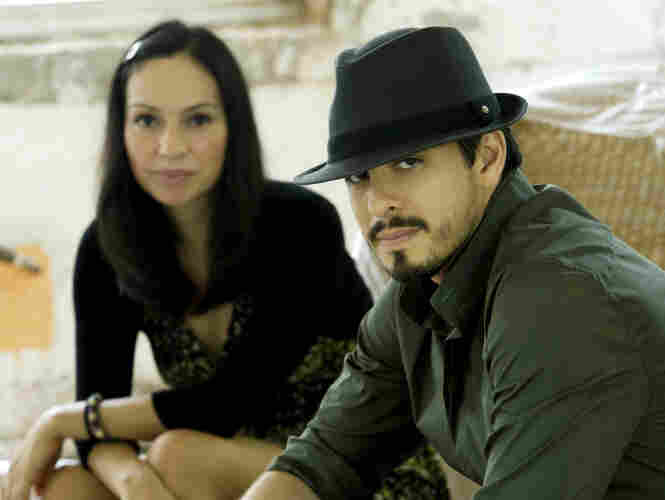 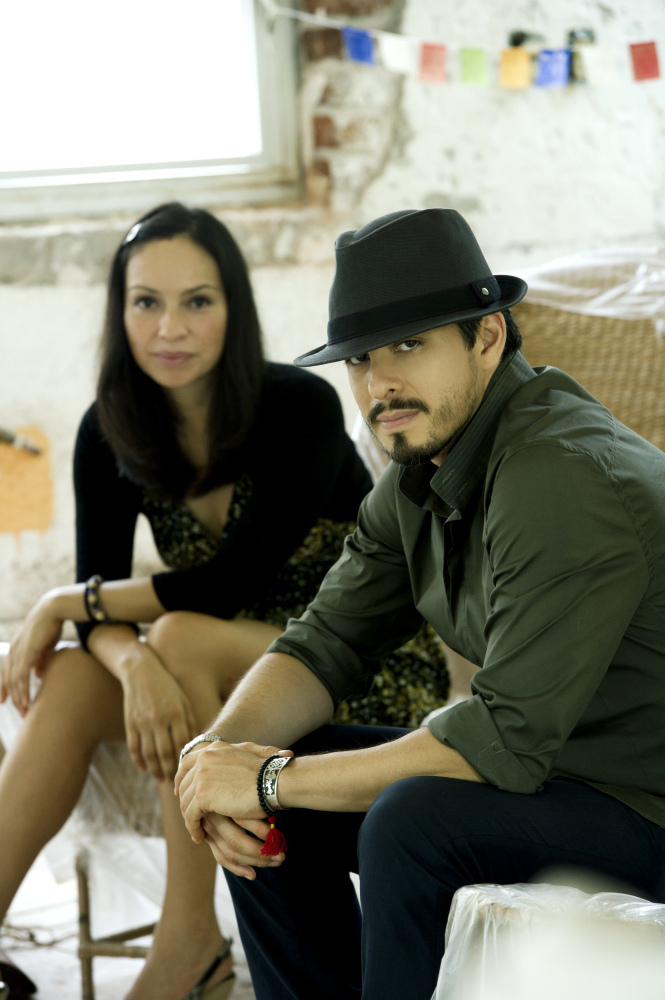 It's a Monday night at an old movie theater that's been renovated into a nightclub in the heart of Mexico City. Rodrigo y Gabriela are onstage with their signature nylon-string acoustic guitars. Rodrigo Sanchez and Gabriela Quintero are from here. They started playing music together in Mexico City as teenagers in a thrash-metal band in the 1990s. But more than a decade ago, they went off to Europe to busk in the streets. It was in Europe that they developed into "Rodrigo y Gabriela," an acoustic-guitar act that hit the top of the Irish music charts and has sold more than a million albums worldwide.

They've been gone from Mexico for so long that onstage here, Sanchez lightheartedly plays the role of a foreigner in a foreign land.

"This is not a place we are used to coming," he says. Then he adds wryly of what used to be his hometown, "It's very pretty."

Rodrigo y Gabriela have performed all over the world. They've sold out Radio City Music Hall in New York. Last fall, they played the Hollywood Bowl backed by the Los Angeles Philharmonic. They've been on The Tonight Show and MTV. But in 2010, when they were invited to the White House for a state visit by Mexican President Felipe Calderon, Calderon appeared to have no idea who they were.

Not Big In Mexico — At The Start

Onstage in Mexico City with just two guitars, Rodrigo y Gabriela produce intricate arrangements that pull from a wide range of musical styles. Gabriela Quintero provides what can at times be furious rhythms banged out on the strings and body of her guitar. Rodrigo Sanchez's fingers fly up and down the frets, plucking out riffs and melodies. The physically grueling pace of their playing took its toll in 2010 when, under doctor's orders, they had to cancel much of their U.S. tour.

They often get slotted into the "world music" genre, but Sanchez says categories are something they try to avoid.

Rodrigo calls what they do "acoustic rock" with a few extra twists thrown in.

Gabby Gomez, who books the El Plaza Condesa, where Rodrigo y Gabriela are playing on this night, says it's unusual to have a rock act that's just two acoustic guitars. Until recently, she says, Rodrigo y Gabriela weren't getting any airplay on Mexican radio. Gomez says she first heard about them in the foreign press.

"At least for me, it was funny to see a Mexican, Spanish name all over: Rodrigo y Gabriela," Gomez says, "which was kind of like it was surprising to see that they were Mexican, like where they were from that we just didn't know about them."

All Work, No Play

To add to their confusing cultural identity, Rodrigo y Gabriela's new album, Area 52, was recorded in Havana with a full Cuban orchestra. Quintero says the Cuban project made sense for many reasons. Their record label was pressuring them to come up with a new album. They both grew up listening to Cuban music, but they'd never been to the island.

Quintero says her only regret is that they were working constantly while they were in Cuba and didn't get to see much of the country. She says they did go out for dinner once in Havana for her birthday.

Their musical success abroad has allowed them to buy a house in Zihuatanejo on Mexico's Pacific coast, northwest of Acapulco, but that same success has also meant that they don't spend much time there. On Feb. 19, Rodrigo y Gabriela kick off a four-month tour to promote their new album. Along with a Cuban orchestra, they're scheduled to play concerts across Europe, the U.S. and Canada — but not Mexico.