Accessibility links
Signing Day: Like Christmas For College Sports On National Signing Day, high school seniors can officially plight their troth to a college football program. And that means grown-up college football zealots are acting like kids at Christmas: "Who will Santa bring to my alma mater's team?" 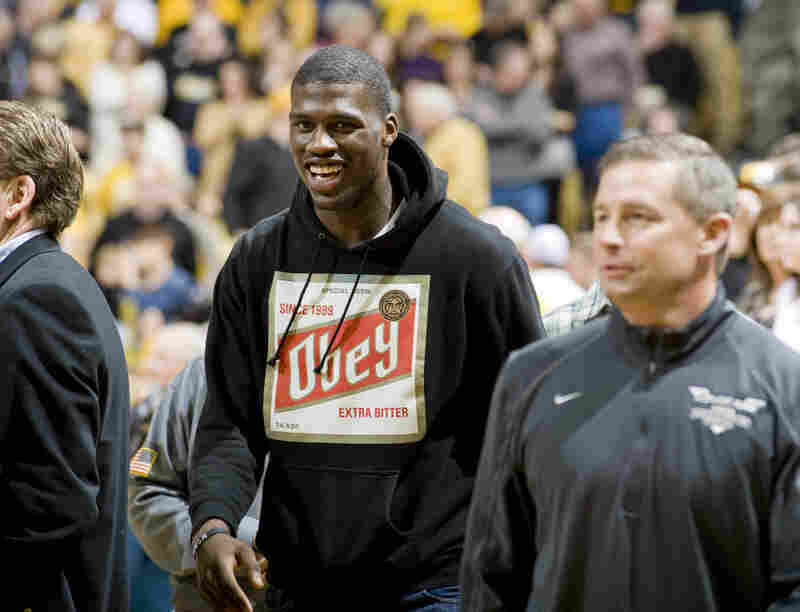 Ahead of signing day, wide receiver Dorial Green-Beckham of Springfield, Mo., was the highest-ranking recruit who had yet to announce his college choice. Here, he visits a basketball game at the University of Missouri. L.G. Patterson/AP hide caption 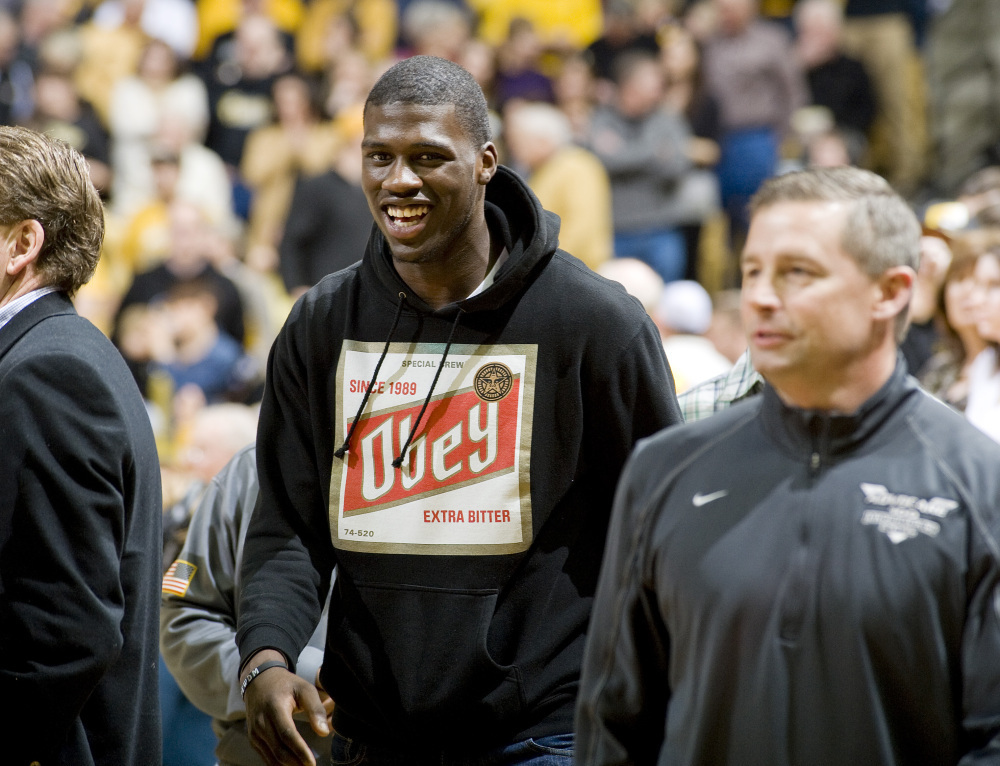 Ahead of signing day, wide receiver Dorial Green-Beckham of Springfield, Mo., was the highest-ranking recruit who had yet to announce his college choice. Here, he visits a basketball game at the University of Missouri.

Well, here we are starting February, with the single most important day in sports upon us.

No, of course I don't mean a silly little thing like Super Bowl Sunday. But today, the first Wednesday of the second month, is by some sort of — what, pagan lunar calendar? –– officially decreed National Signing Day, when all over America, high school seniors can officially plight their troth to a college football program.

Basketball has its national signing day in November. But especially in the South, for grown-up college football zealots, today is National Regression Day –– like going back to being a kid anticipating Christmas again: "Who will Santa bring to my alma mater's team?"

Now, of course, some of the top recruits, the so-called four-star and five-star prospects, have already announced where they will be, uh ... matriculating.

Several of them chose the Under Armour All-America High School game of a few weeks ago to declare their roster of choice. That is an invitational game played between two sides known as –– let me say this slowly now: Team Blur and Team Highlight. The game is shown nationally on ESPN, so it's a top-priority place to get good exposure for your declaration.

The highlight this year –– or maybe it was the blur –– was one player, ranked seventh-best in all the land, who went on ESPN to announce that he was going to Alabama, while, next to him, his mother sat scowling and later declared: "LSU Tigers, No. 1. Go, Tigers."

Since verbal commitments don't count, maybe Mom will have swayed him from Tuscaloosa to Baton Rouge by the time he can sign that official letter of intent today. Anyway, either way, more face time.

The very best players will, indeed, when they sign, have massive television coverage –– and remember now, these are teenage kids.

There is one popular psychological rendering that, because LeBron James skipped college on the way to the NBA, when he decided to choose his next pro team he, in effect, wanted to re-create the high school experience he never had. So, he staged his own national signing day.

Guaranteed: As at the NFL and NBA drafts, when those chosen have baseball caps of their new teams plunked on their heads, all the players who publicly announce their decisions today will surely do so by putting on the cap of their new school.