Accessibility links
Grumbling, Excitement Build For London Olympics When London last held the games, the city was rebuilding after being bombed to smithereens by Hitler. Food and gas were still rationed. The athletes had no luxurious Olympic Village. This time, despite difficult economic times, the games will be far grander. 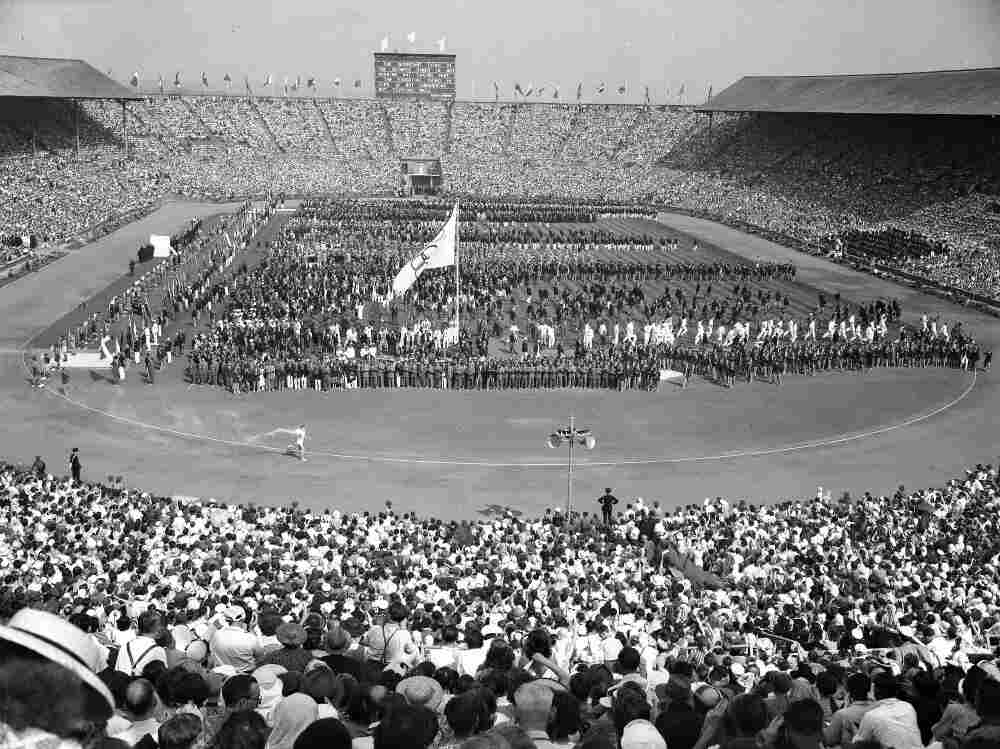 The 1948 London Olympics were held when the city, recovering from World War II, was dotted with rubble from Nazi bombardment. AP hide caption

The last time the British did this, they had a king: George VI, the father of Queen Elizabeth, was on the throne.

George was so often tongue-tied, yet he proclaimed open the 1948 London Olympics flawlessly.

It was late July. The sun shone down on London from a cloudless sky. The BBC had acquired the TV broadcasting rights for just $4,000 and made the most of them.

The 1948 Olympics are known as the austerity games. London was rebuilding after being bombed to smithereens by Hitler. Food and gas were still rationed. The athletes had no luxurious Olympic Village. They slept in military barracks, or colleges.

The Olympics are back — and, despite these difficult economic times, this time, they'll be far grander. 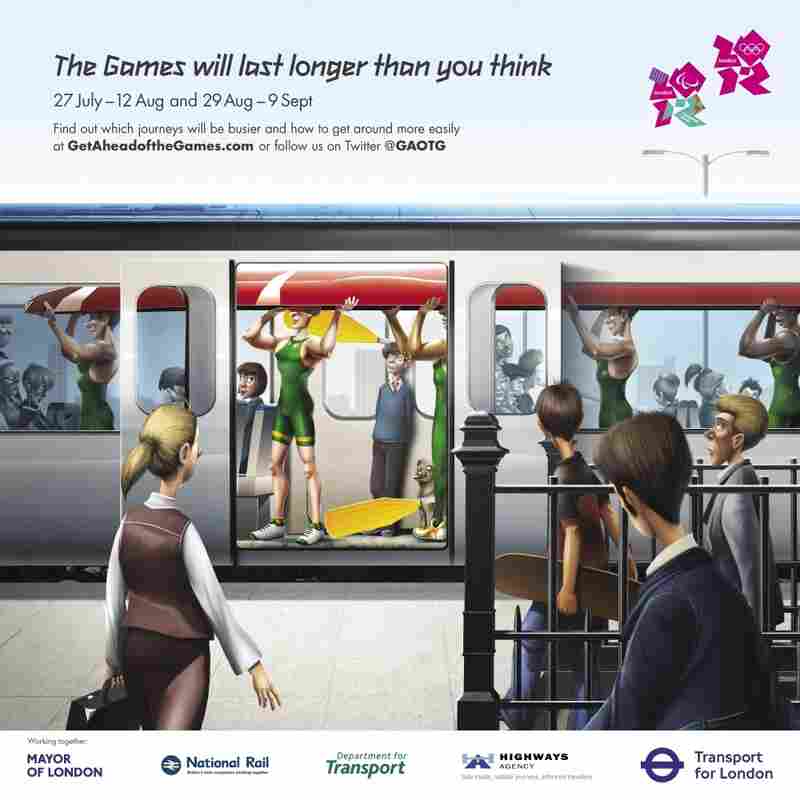 The scale is breathtaking: 23,000 athletes and officials — double that, if you add the security people, not to mention 20,000 journalists.

An industrial wasteland in one of London's poorest areas has been turned into a giant Olympic Park with a stunning new stadium as the centerpiece. Most of the games will be concentrated in the park — but not all. The beach volleyball is just a hop, skip and a jump from Buckingham Palace.

The Brits are breaking records even before the starting gun. They're erecting their biggest piece of public art — a twisted steel sculpture, taller than Big Ben, their answer to the Eiffel Tower. Visitors can dine at the world's biggest McDonald's in a capital with record-breaking surveillance.

"Within London we have probably the largest network of CCTV cameras anywhere in the world," says security expert Tobias Feakin. "I mean, just walking down Whitehall, I will be filmed approximately 300 times per day — by different cameras."

The British, who love a good moan, have been griping a bit about all this.

Getting tickets online has been pretty chaotic. Security costs are rocketing. So far, though, the grumbling has been subdued.

"Excitement is beginning to build," says Jules Pipe, mayor of Hackney, which contains part of the Olympic Park. "I have always said, by the time we get to the Olympics, everyone's going to be a fan."

I have always said, by the time we get to the Olympics, everyone's going to be a fan.

There were riots on his patch only last summer. Don't be alarmed, says Pipe.

"There wasn't a single building set along in the borough of Hackney," he says. "Yes, there was some rioting in the streets but that was in common with many other places in the country."

In a down-at-heel east London market, close to the Olympic Park, you find mixed opinions about playing host.

Carol Porter won't be budging from the vegetable stall where she has worked for the past 16 years.

But for all that, I have a sneaking feeling she's looking forward to it.