Accessibility links
Kesey's 'Cuckoo's Nest' Still Flying At 50 The classic American novel One Flew Over the Cuckoo's Nest has hit the half-century mark. It made its author, Ken Kesey, a literary celebrity — and helped alter perceptions of mental institutions. 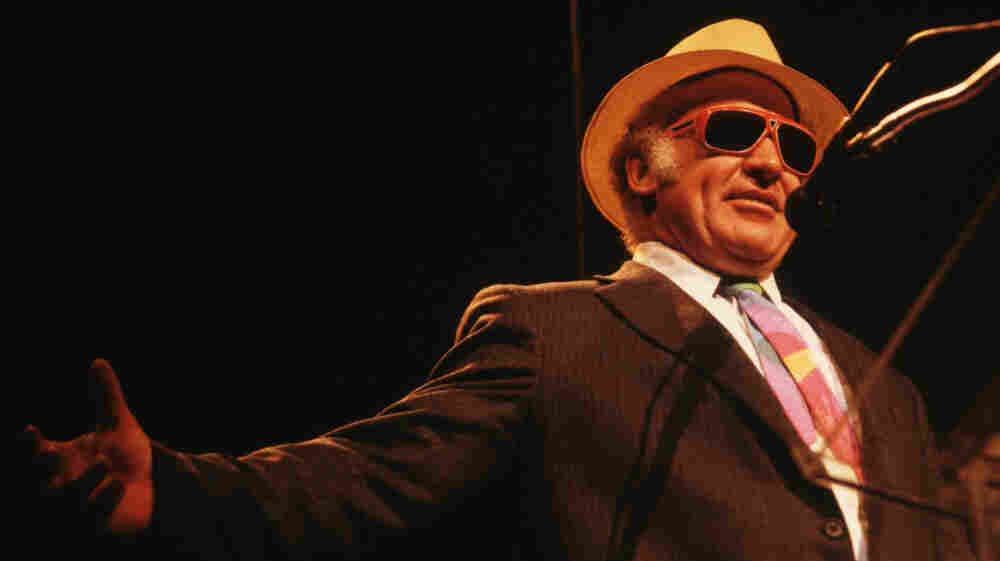 Ken Kesey, the late author of One Flew Over the Cuckoo's Nest, in California in 1984. Roger Ressmeyer/Corbis hide caption

Fifty years ago — on Feb. 1, 1962 — a first novel appeared that would make its author a literary celebrity, inspire a movie that won the Best Picture Oscar, and help change the way we think about mental health institutions.

There's no question that Ken Kesey's One Flew Over the Cuckoo's Nest has become an American classic, but its author said in 1992 that his own favorite novel was another fiction landmark — Herman Melville's Moby Dick.

"Moby Dick deals with what I call 'the American Terror,' " said Kesey. "It's the thing that's out there ahead of us in the new frontier — the particular thing that is really frightening to us, that we avoid, until finally you've got an Ahab who goes out there and takes it on. For good or for evil, he takes it on."

Cuckoo's Nest is about the terror of a group of mental patients at the mercy of an evil hospital administration. Their Ahab is Randle Patrick McMurphy; their Queequeg is the narrator, Chief Bromden — a 6-foot-8 Native American, and a longtime patient at the Oregon asylum.

In the opening passage, one Kesey said he wrote when he was high on peyote, the Chief contemplates his fear of the institution's orderlies:

They're out there. Black boys in white suits up before me to commit sex acts in the hall and get it mopped up before I can catch them. I creep along the wall quiet as dust in my canvas shoes, but they got special sensitive equipment detects my fear and they all look up, all three at once, eyes glittering out of the black faces like the hard glitter of radio tubes out of the back of an old radio.

A Novel's Origins: Drug Experiments In A Mental Institution

In 1960, Kesey was working as a nurse's aide in the psychiatric ward of the Menlo Park Veteran's Hospital, near Palo Alto, Calif. He was a 25-year-old creative-writing student at Stanford University, and he had also volunteered for CIA-financed experiments with hallucinogens.

"They gave these right on the ward," says Kesey's former wife Faye Kesey McMurtry, "in a little room where you could look out and see everybody. ... And as he would look out the window, he began to wonder, you know, 'What's the difference between the orderlies and the nurse and the patients?' And he began to see that they were all damaged in some way or another."

Kesey said most of the characters in the novel were based on people in the ward where he was working.

"The only character that really wasn't there was McMurphy. And of course the Indian. But this [McMurphy] was the character that they all wanted. And you could feel their desire for this John Wayne American character," Kesey recalled.

The author's "John Wayne character" is a brawling, swearing, poker-hustling Korean War hero who fakes insanity at a prison work farm in order to be transferred to what he thinks will be easier time on the psych ward. But when McMurphy gets there, he refuses to play by the rules — and begins an epic battle with the iron-fisted Nurse Ratched. 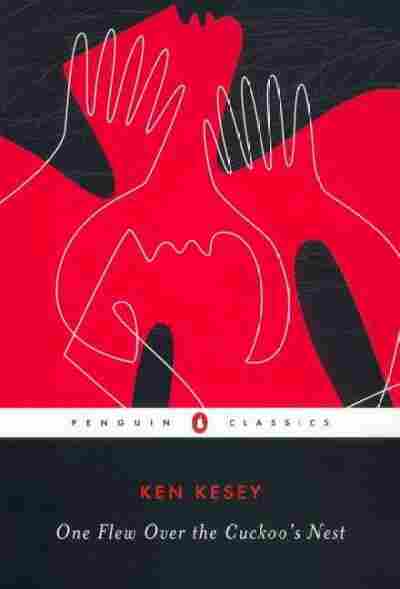 One Flew Over the Cuckoo's Nest

Title
One Flew Over the Cuckoo's Nest
Author
Ken Kesey

Robert Faggen, who's writing a biography of Kesey, says conformity was a pressing issue in the America of Cuckoo's Nest.

"The failure to conform was looked at as something that was a deviation, and therefore dangerous," Faggen says.

In the story, McMurphy is punished for challenging authority — crucified with electro-shock therapy, then martyred with a lobotomy. When he was researching the novel, Kesey volunteered to undergo shock therapy in a secret session at the hospital.

'They Wanted To Do "Hogan's Heroes" '

The 1975 version of the film, starring Jack Nicholson as McMurphy, swept the major Academy Awards, including Best Picture, Actor, Actress, Director and Screenplay. Kesey, however, refused to see the movie, saying he was unhappy with the direction the Hollywood version had taken after his own screenplay had been rejected.

"I really wrote it to be as weird as I thought being in the nuthouse was," Kesey said in 1992. "But it was not what they wanted. I was naive at the time. I wanted to do The Cabinet of Dr. Caligari, and they wanted to do Hogan's Heroes."

The main difference between the film and the novel is that the film lacks the Chief's narrative point of view. In the novel, his voice highlights the disturbing forces in society pressuring individuals to conform, a conspiracy he calls "The Combine." Kesey biographer Robert Faggen says the Chief's perspective is what makes the story a fable for every time.

"It's this larger structure of the conflict between freedom and authority — and done in a way that recognizes the power of that story not only in our culture, but in any culture — that has kept the story itself so fresh," Faggen says.

Kesey followed One Flew Over the Cuckoo's Nest with another masterpiece, Sometimes a Great Notion, two years later. He continued to write for the rest of his life, but said he was always writing the same story.

"That's the only story I got," he said. "That's why I have to keep changing locales and times and characters — because you have to keep disguising the story. And it's essentially that the Small can overcome the Large — with treachery and creativity and humor."

Kesey died in 2001 after surgery to remove a tumor from his liver. He was 66 years old.