Accessibility links
DVD Picks: 'Wings' With the silent film The Artist in competition for this year's Best Picture Oscar, Bob Mondello has been thinking about the pre-talkie era. As it happens, the last silent film to win for Best Picture has just been released on Blu-ray: the 1927 flying-ace epic Wings.

With the silent film The Artist in competition for this year's Best Picture Oscar, movie critic Bob Mondello has been thinking about the pre-talkie era. As it happens, the last silent film to win for Best Picture has just been released on Blu-ray: the 1927 flying-ace epic Wings.

Biplanes dive through clouds high above a World War I battlefield. Dogfights in the air, bombs on the ground, and all of it without special effects --Wings is an old-school epic, enormous in scope and basically real. The U.S. Army provided 220 planes, several thousand soldiers, tanks, artillery, and all sorts of logistical help. 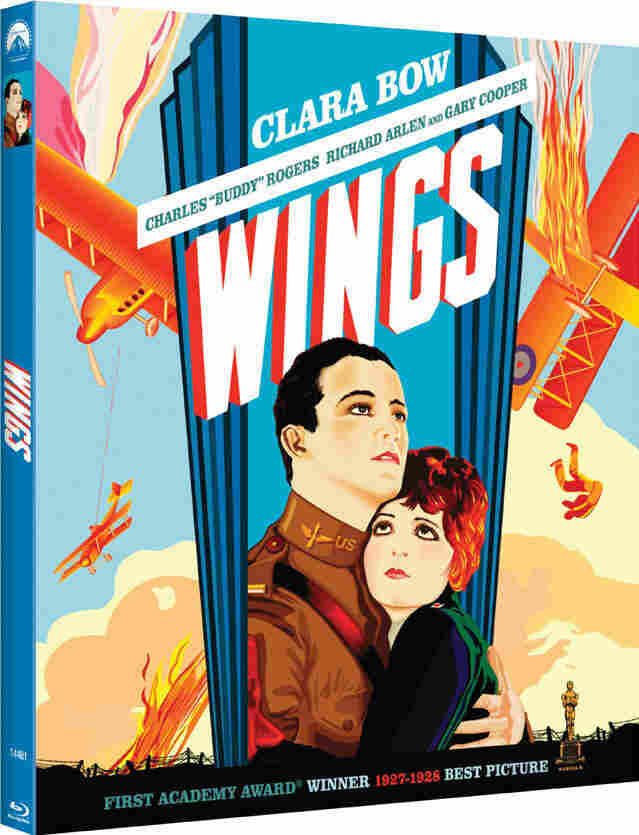 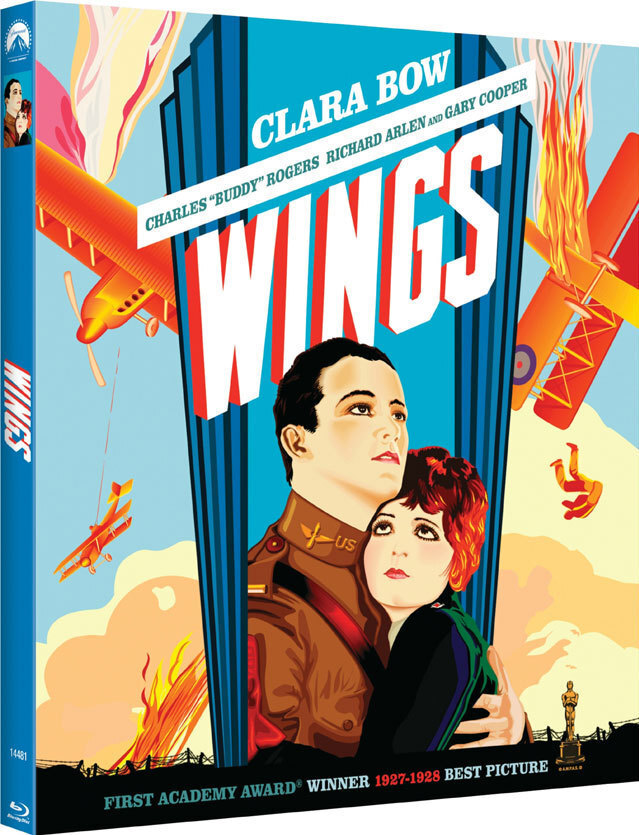 There's a story, too, and it's a rouser. Two doughboys go off to war, both in love with the same girl. Rivals at first, they become friends, but then ... well, more you're not going to get from me. Suffice it to say there's a reason Wings won the first-ever Best Picture Oscar.

And that was the year The Jazz Singer brought sound to film, so Wings had to be bigger, better and louder, too. In big cities, it was accompanied by a full orchestra, with sound-effects guys in the theater to provide the roar of planes and bullets. To recreate that for the Blu-ray restoration, the filmmakers went back to the original shooting script and musical score — so they knew exactly where the sound effects should be, where the orchestra should burst into Mendelssohn for soaring flight scenes, and where the director wanted hand-painted yellow flames leaping from cockpits as planes went down. In an age of black-and-white silent film, those flames must have been astonishing.

When director William Wellman started working on Wings, Hollywood hadn't yet figured out how to film an air-war story. Most World War I planes, remember, were almost like kites, made of canvas and baling wire, and they were way too small to hold a cameraman and a pilot and an actor.

So Wellman bolted cameras directly to the planes and gave his 20-something stars flying lessons. In the making-of extras, Wellman's son remembers that leading man Charles "Buddy" Rogers, had never been in a plane in his life.

"They would go up in a two-seat plane, and there would be a 'safety' pilot who would duck down, and then the actors flew the plane," he says. "But you have fly those planes. You have a control stick, and you've got to work it to keep it in the air. My father said Buddy Rogers spent something like 98 hours in the air. When he would come down after shooting for a while, he would throw up."

Who could blame him? But the results are spectacular — flying footage that makes the green-screen trickery of modern films look downright lame.

Wings offers some down-to-earth pleasures, too: Gary Cooper in the bit part that kicked off his career, and Clara Bow, the It Girl, silently lighting up the screen. No wonder so many in the film industry despaired when big, clunky sound cameras came in, forcing everyone to stand in one place and talk into microphones. Spectacle and daredeviltry wouldn't make a comeback for years, but this one last time, Wings sure sent them soaring.

'Caught At A Celebration'