Accessibility links
Movie Review - 'The Innkeepers' - A Creepy Hotel, And Characters To Spare As an old New England inn is about to close, a pair of 20-something desk clerks decide to investigate the claim that the place is haunted. Critic Jeannette Catsoulis says Ti West's slow-burn approach to horror may not always scare, but it does allow the characters to shine.

A Creepy Hotel, And Characters To Spare

A Creepy Hotel, And Characters To Spare 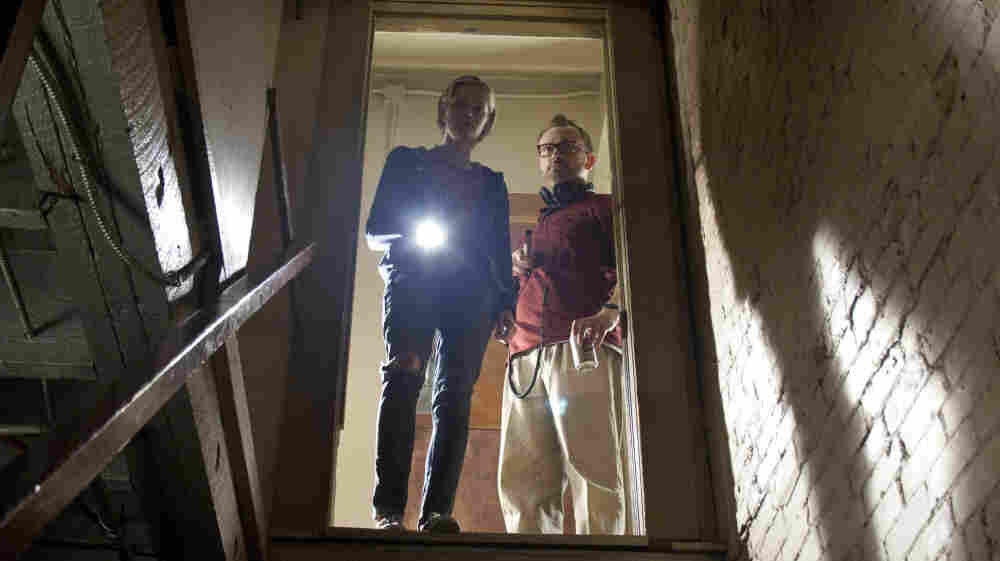 Phantom Finders: Just as the Yankee Pedlar Inn is about to close, desk clerks Claire (Sara Paxton) and Luke (Pat Healy) break out the AV equipment to investigate the claim that their hotel is haunted. Magnet Releasing hide caption

Rated R for some bloody images and language

From 'The Innkeepers' - 'Ghost Story'

From 'The Innkeepers' - 'Inhale'

From 'The Innkeepers' - 'Player Piano'

The greatest shock in The Innkeepers is that this old-school ghost story offers neither originality nor scares — because the young director Ti West knows full well how to do both.

In his 2009 breakthrough, The House of the Devil, he dropped a young babysitter into hell and his audience into a surprisingly effective take on cults and creeps. A couple of years earlier, in Trigger Man, he took us on a spine-tingling hunting trip in the Delaware woods alongside three unlucky New Yorkers who discover that deer may not be the only prey.

This latest, lovingly executed experiment in genre minimalism is altogether more conventional, though not necessarily the poorer for it. Set in New England's Yankee Pedlar Inn (where West's cast and crew stayed in 2008 while filming House of the Devil and where, according to the press notes, nightmares were had by all), the film opens with gentle comedy and ends in expected tragedy.

Events between unfold with the director's signature slow burn and unshakable patience, a style that will please his fans but is unlikely to hold the attention of audiences unaccustomed to splatter-free fake-outs and an emphasis on dialogue over special effects.

Yet West's throwback style and disdain for excess allows his characters to shine. The inn is closing down, and two professionally aimless desk clerks-cum-amateur ghost hunters are overseeing its final weekend. With only three guests to care for — a whiny mother and son, and a former actress turned grumpy medium (Kelly McGillis) — 20-somethings Claire (Sara Paxton) and Luke (Pat Healy) are swapping 12-hour shifts and bump-in-the-night taping duties on a portable recorder.

Their specific target is the century-old spirit of a suicidal bride whose body allegedly molders beneath the hotel floorboards. Now she sobs and slams doors in fine haunted-house tradition, while eluding all attempts to capture her carryings-on. 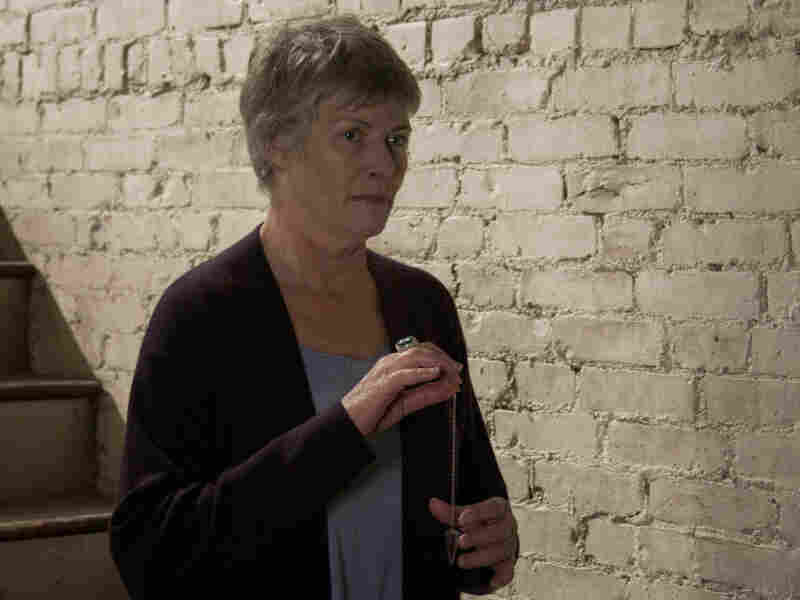 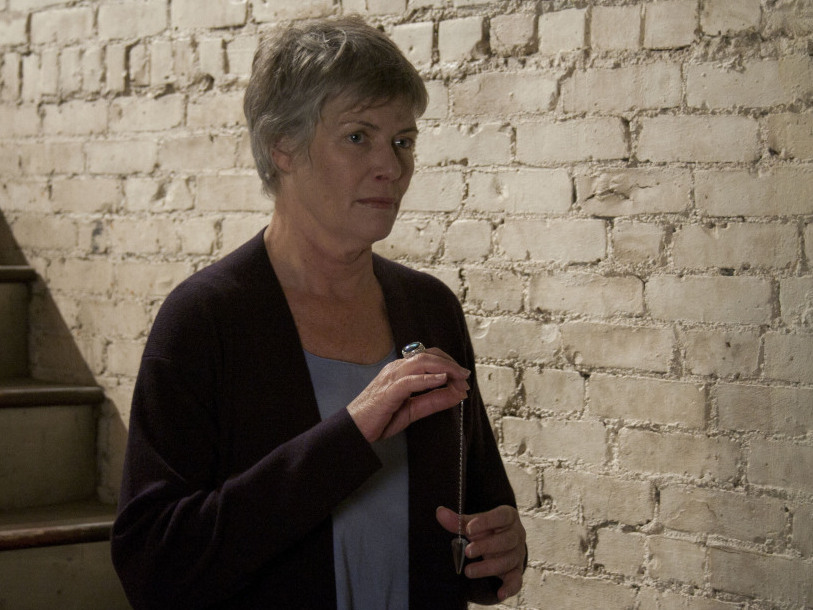 Kelly McGillis (Top Gun, Witness) plays a former TV star with an abrasive edge and an instinct for the supernatural.

But the pleasures of The Innkeepers have little to do with the film's hoary, don't-go-near-the-basement plot or the ghoulish goings-on in the honeymoon suite. Jeff Grace's spooky score, strongly influenced by Bernard Herrmann's work for Alfred Hitchcock, swirls around the hotel's empty rooms and swells beneath each gurgled moan and whisper. Meanwhile, cinematographer Eliot Rockett's camera tracks through the hallways like a dog sniffing at Claire's heels, leaping backward when she's startled and bounding across thresholds she doesn't dare cross.

And as eerie experiences multiply — a self-playing piano, a scrabbling in the walls — the palette may darken, but the director's painstaking stealth and unhurried attention to detail remain constant.

That attention adds a richness to his characters that horror movies rarely provide. As bright, Bambi-eyed Claire and slacker Luke — a little older and a lot more disappointed with life — banter affectionately, the warmth between them counters the story's chills. Even a brief scene in a local coffee shop, featuring Tiny Furniture's Lena Dunham as an over-confiding barista, is no throwaway but an integral piece of the film's texture.

In fact, so entertaining are the characters that you may leave the theater before realizing that the film's specters might emanate from somewhere much closer — much, much closer — than the haunted history of a Connecticut hotel.