Accessibility links
Movie Review - 'Big Miracle' Based on Thomas Rose's 1989 book, the film follows an Alaska town's real-life struggle to free whales from thickening ice that prevents their migration to a warmer climate. Critic Ella Taylor says the film, like many of its characters, is flawed but amiable.

'Big Miracle': A Whale Tale As The Cold War Wanes

'Big Miracle': A Whale Tale As The Cold War Wanes 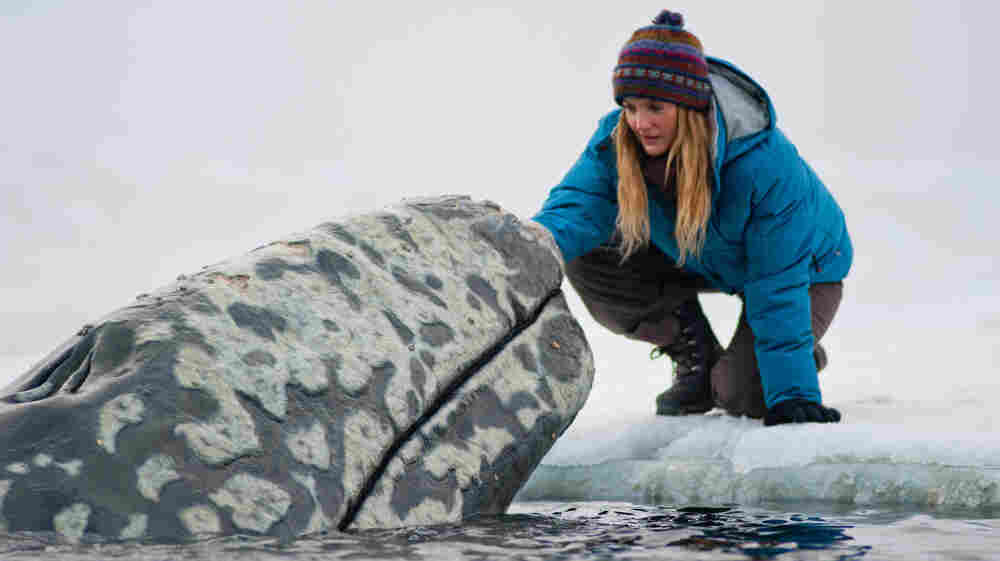 From 'Big Miracle' - 'Hitching A Ride'

When it's mammal-saving time at the movies, the plot typically unfolds as a pitched battle between critter-loving gods and oil-drilling monsters. I wouldn't call Ken Kwapis' impish Big Miracle a radical departure from the rule. But it's at least refreshing that, in this story of a struggle to save three stranded gray whales off the coast of Alaska, the universe divides into greater and lesser humans, every flawed one of them with a personal dog in the fight. (Oil barons are people too, right? Certainly if they're repped by Ted Danson, a real-life environmentalist who's having a ball playing the enemy, mostly with his eyebrows.)

Loosely based on Thomas Rose's 1989 book about a real-life Reagan-era drama that gripped the public, fed the news cycle, and brought grist to the publicity mill for both pols and fat cats, Big Miracle tells the story of Barrow, Alaska's struggle to free the whales from behind a thickening slab of ice that prevents them from making their annual migration to warmer climes.

Drew Barrymore, all grown up but still trailing E.T.'s Gertie in her saucer eyes and her gift for the ill-considered blurt, plays Greenpeace activist Rachel Kramer, an arm-waving hothead with a self-defeating habit of ticking off the power brokers she needs on her side.

Among those on her hit list are Danson's tycoon, who's anxious to repair his tarnished image as an eco-killer; the National Guard (as embodied by Dermot Mulroney), which is only trying to help; and Rachel's ex-boyfriend (John Krasinski), a TV reporter chasing the big story that will fast-track him out of this frozen backwater.

And that's not counting the local Inuit leaders, who for once escape the noble-savage treatment usually afforded them in eco-Hollywood. The tribe has a survival stake in harvesting the whales; their elder (John Pingayak) is a quick study in how to manipulate the media, and his unavoidably cute grandson (Ahmaogak Sweeney) is a fan of Western pop as well as a budding tourism entrepreneur who sells cardboard warming devices to shivering townies at $40 a pop.

Big Miracle doesn't have much of a plot, other than the comic escalation of interested parties who descend like vultures on the tiny town, hoping to convert the whales' plight into all manner of capital. Given this vast human ensemble, it's no wonder the beasts themselves, played by startlingly lifelike animatronic creatures built in New Zealand and shipped to Alaska, get edged out of the action. Aside from one lovely underwater sequence shot by the great cinematographer John Bailey, this carbuncled family of three mostly bobs up and down adorably in a square yard of frigid water, melting stony hearts by the score. 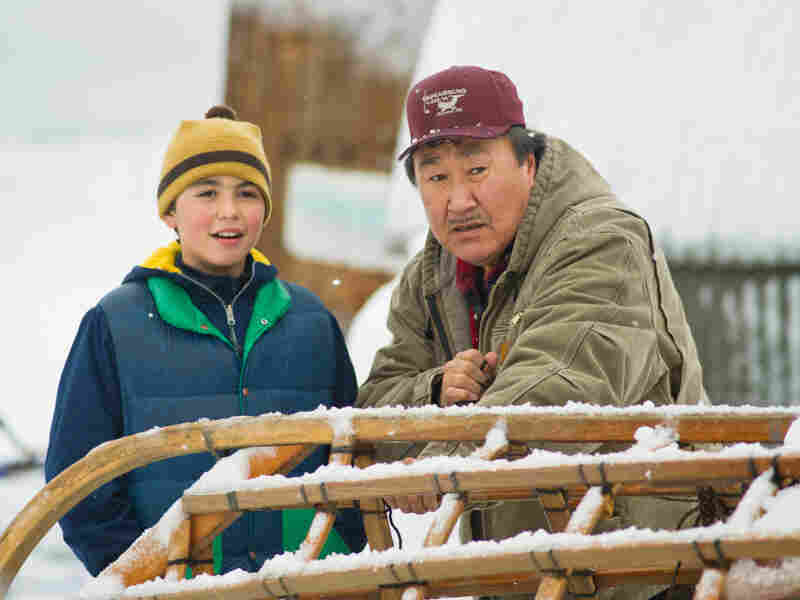 Malik (John Pingayak, right), and his grandson Nathan (Ahmaogak Sweeney) each have a stake in the fate of the whales. Darren Michaels/Universal Pictures hide caption

Unless you remember the Cold War, you'll never guess who saves the day. Big Miracle is a family movie fitted with the usual appeals to multiple audiences, and though tots, teens and younger parents might find the action a little slow until the rescue pressure builds, the grandparents will enjoy it as a trip down media memory lane, complete with cut-in footage of an astonishingly young-looking Tom Brokaw, Dan Rather and Peter Jennings.

The back of Reagan's head has a brief cameo, and there's a death and a wedding that really happened. It may be stretching the truth to suggest that the whale rescue played a bit part in thawing the Cold War, but some of the funniest writing (by Jack Amiel and Michael Begler) is in Russian, and there's a wonderfully stately action sequence that involves a Soviet ship head-butting a giant iceberg.

The longer Big Miracle goes on, the more it settles for an amiable communitarianism chased down by a PG group-hug finale. But when the excitement is over, everyone goes back to being very much the compromised souls they were before. And if you pay close attention to the old news clips at the end, you might catch a glimpse of an emergent persona, in the form of a comely fledgling television news reporter and future governor of Alaska, dewy with ambition and ready to roll.