Accessibility links
Wislawa Szymborska, Poet Of Gentle Irony, Dies At 88­ The Polish poet, a Nobel Prize winner in 1996, died Wednesday in Krakow, Poland. Szymborska was an ironist who deployed whimsy and a light touch, even when exploring weighty themes. Critic David Orr praises her as a writer of "dry-eyed, athletic precision." 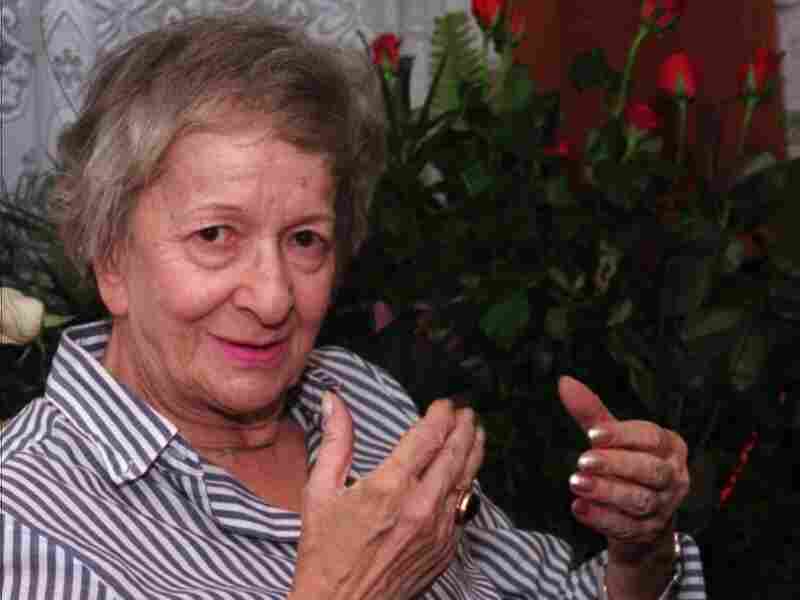 Polish poet Wislawa Szymborska in 1996, the same year she won the Nobel Prize in literature. Szymborska, who was born in 1923, died Wednesday in Krakow, Poland. Czarek Sokolowski/AP hide caption 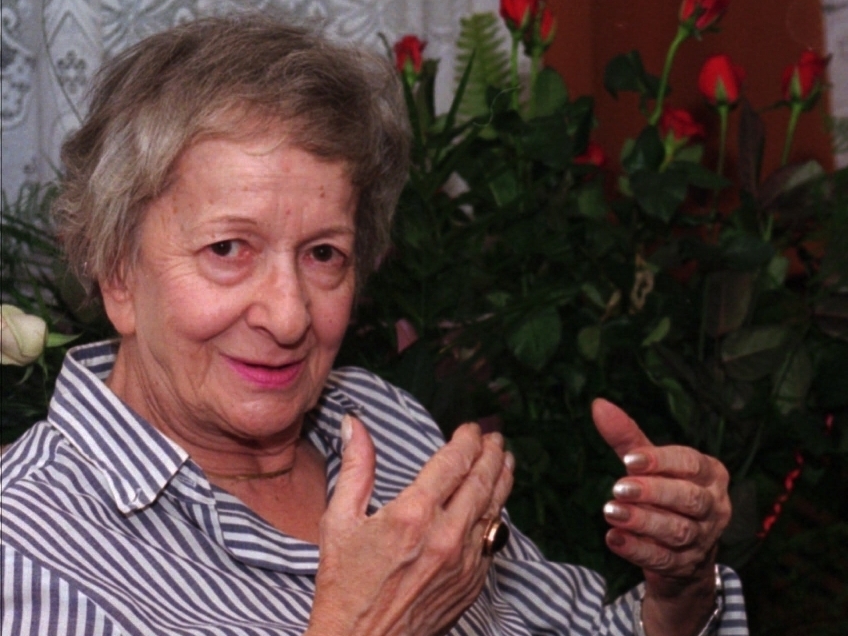 Polish poet Wislawa Szymborska in 1996, the same year she won the Nobel Prize in literature. Szymborska, who was born in 1923, died Wednesday in Krakow, Poland.

The path to international fame as a poet generally doesn't involve writing short poems about sea cucumbers. Yet for the Polish poet Wislawa Szymborska, who won the Nobel Prize in 1996 and died Wednesday, the little things — onions, cats, monkeys, and yes, sea cucumbers — turned out to be very big indeed.

A popular writer in Poland for many years, Szymborska became a reluctant international literary celebrity after her Nobel win.

Szymborska is an ironist. But in her work, irony becomes playful, almost whimsical. She thinks of the poet as an acrobat who moves, as she puts it, with "laborious ease, with patient agility, with calculated inspiration."

Szymborska's poems generally focus on everyday subjects or situations, and her tone stays firmly in the middle ground. She doesn't rant; she calmly assesses. She's a poet of dry-eyed, athletic precision: an acrobat, as she says, not a powerlifter. Here is how she begins a poem called "Under One Small Star" (all quotations are from translations by Stanislaw Baranczak and Clare Cavanagh):

And the poem concludes:

Don't bear me ill will, speech, that I borrow weighty words
then labor heavily so that they may seem light.

Yet if Szymborska's touch is gentle, it can still burn or freeze. Consider her sea cucumber (or "holothurian") poem, which is called "Autotomy." The poem begins:

In danger, the holothurian cuts itself in two.
It abandons one self to a hungry world
and with the other self it flees.

It violently divides into doom and salvation,
retribution and reward, what has been and what will be.

An abyss appears in the middle of its body
between what instantly becomes two foreign shores.

Life on one shore, death on the other.

The sea cucumber can become two parts, one living, one dead. Szymborska compares this to the way in which writers have long argued that when they died, their work would live on — granting them a kind of immortality. But Szymborska is skeptical. She doesn't think anyone exists outside of time, or that writing poetry is a matter of falling on the right side of an abyss. As she puts it in the poem's conclusion:

The abyss doesn't divide us.
The abyss surrounds us.

The ending of the poem could seem grim. After all, she's suggesting that there is, in the end, no way to cheat time. But if that's the case — if we can't continually evade death — then this is at least something we all share. It's no surprise that her poem is dedicated to the memory of one of her friends.

Szymborska has now fallen into the very abyss that she wrote about with such understated passion. And yet it's hard not to think that, with all her delicate power, she somehow still walks on air above us.

The audio of this story, as did a previous Web version, gives the name "Autonomy" to Szymborska's poem about the sea cucumber. The correct name is "Autotomy" — a term for the process whereby creatures sacrifice then regenerate body parts.