Accessibility links
The Mona Lisa's Twin Painting Discovered Conservators at Madrid's Museo del Prado recently discovered that a replica of the Mona Lisa might have been painted by one of Leonardo da Vinci's pupils. The find provides fresh insight into da Vinci's enigmatic masterpiece and studio practice. 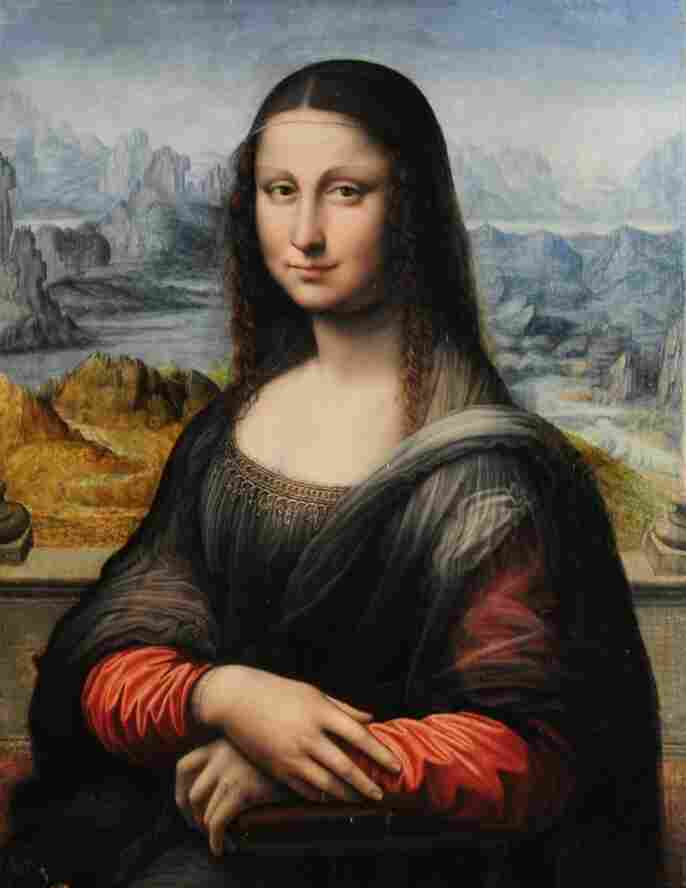 Conservators at the Museo del Prado in Madrid recently discovered that this copy of the Mona Lisa was painted by a pupil working alongside Leonardo da Vinci. Javier Soriano/Getty Images hide caption 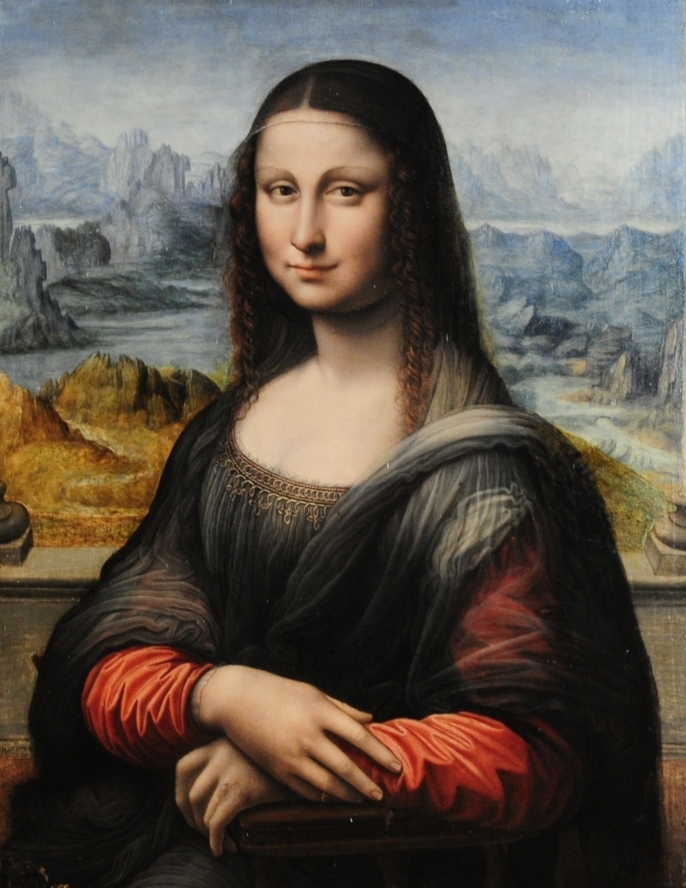 Conservators at the Museo del Prado in Madrid recently discovered that this copy of the Mona Lisa was painted by a pupil working alongside Leonardo da Vinci.

The Mona Lisa is one of the most enigmatic and iconic pieces of Western art. It has inspired countless copies, but one replica at the Madrid's Museo del Prado is generating its own buzz: Conservators say that it was painted at the same time as the original — and possibly by one of the master's pupils, perhaps even a lover.

Juxtaposing the two paintings — and using infrared technology, which works like an X-ray, allowing one to see beneath the paint to see previous, obscured versions — conservators say that Leonardo and the painter of the replica made exactly the same changes at the same time.

"The changes mirrored the changes which Leonardo made on the original," Martin Bailey, correspondent with The Art Newspaper in London, tells NPR's Melissa Block. "[Conservators] concluded that the two pictures had been done side by side in the studio, and it was probably on easels which were two or three yards away from each other."

The copy brings da Vinci's studio to life — and stirs up questions. Who was this mystery painter? According to Bailey, the artist is likely to have been one of Leonardo's main assistants: Melzi or Salai (who was rumored to have been da Vinci's lover).

Side by side, the pictures look noticeably different: The copy is significantly brighter and more colorful; even Mona Lisa's famously coy smile takes on a new cast. 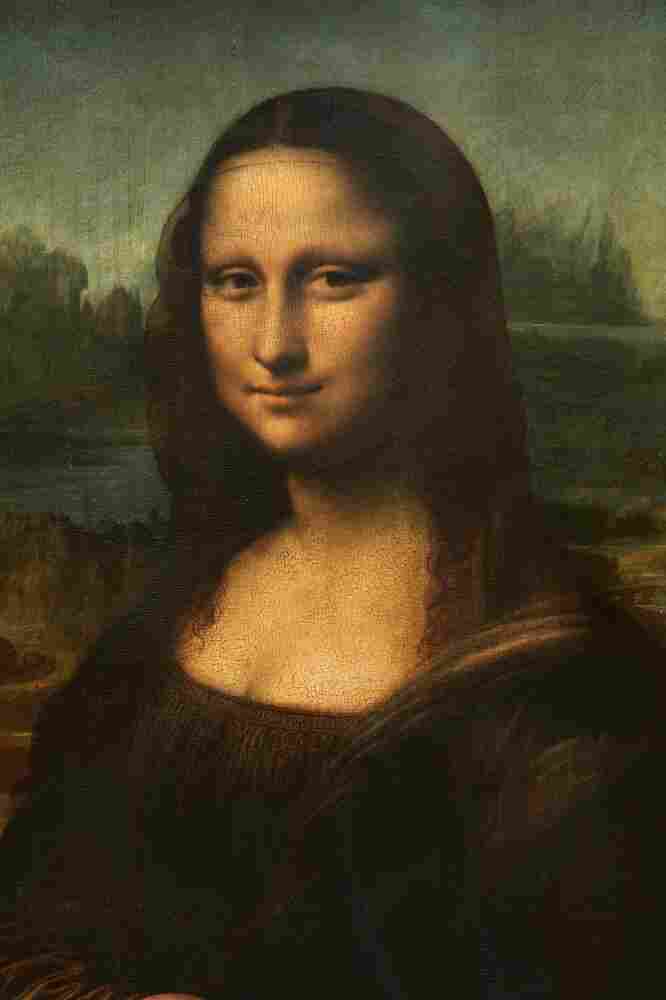 The original Mona Lisa is on permanent display at the the Musee du Louvre in Paris. Jean-Pierre Muller/Getty Images hide caption 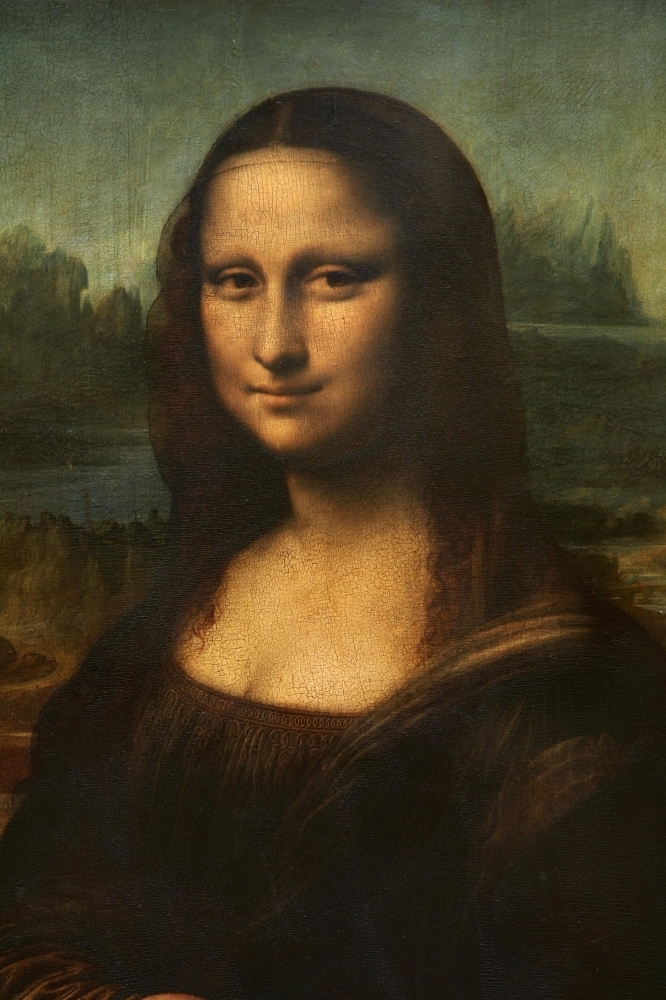 The original Mona Lisa is on permanent display at the the Musee du Louvre in Paris.

"The original Mona Lisa in the Louvre is difficult to see — it's covered with layers of varnish, which has darkened over the decades and the centuries, and even cracked," Bailey says. "What is wonderful about the copy is how vivid it is, and you see Lisa in a quite different light. I thought her eyes are enticing. And you see her enigmatic smile in a way that you don't quite get in the original."

Bailey says the find will be relevant to historians and laypeople, in that paradoxically, a copy might bring viewers to the original with fresh eyes.

"It is, after all, the world's most famous painting, but people don't look at it fresh," he says. "They look at it almost as an icon. If you go to the Louvre, people aren't actually really looking at the painting; they just want to be in the same room with it. For me, the beauty of the copy is that it actually makes us look at the painting as a painting, and I hope it will have that effect on other people, too."