Accessibility links
With Al-Qaida's Core Weakened, U.S. Shifts Focus As al-Qaida fragments, threats to the U.S. are changing, though not disappearing, say intelligence officials. They are now worried about the threat posed by al-Qaida affiliates in Africa and the Mideast — and particularly how they may take advantage of unrest after the Arab Spring. 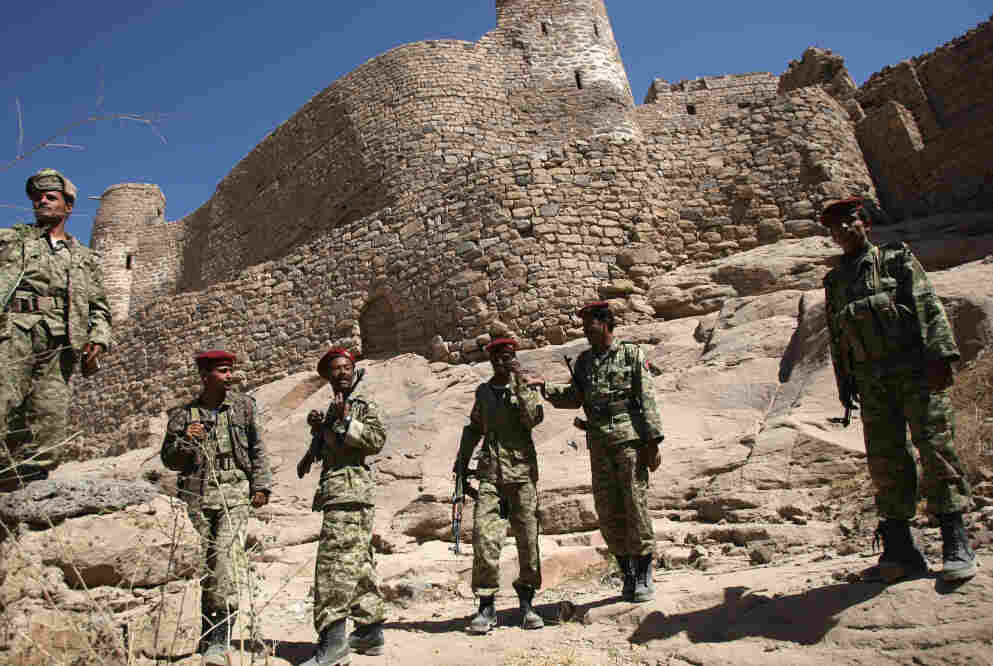 Yemeni army soldiers gather at the historic castle of Rada last month, as hundreds of al-Qaida gunmen yielded to tribal pressure and withdrew from Rada, a town they had held for nine days. The U.S. is increasingly turning its focus to al-Qaida affiliates such as the one in Yemen. Mohammed Huwais/AFP/Getty Images hide caption 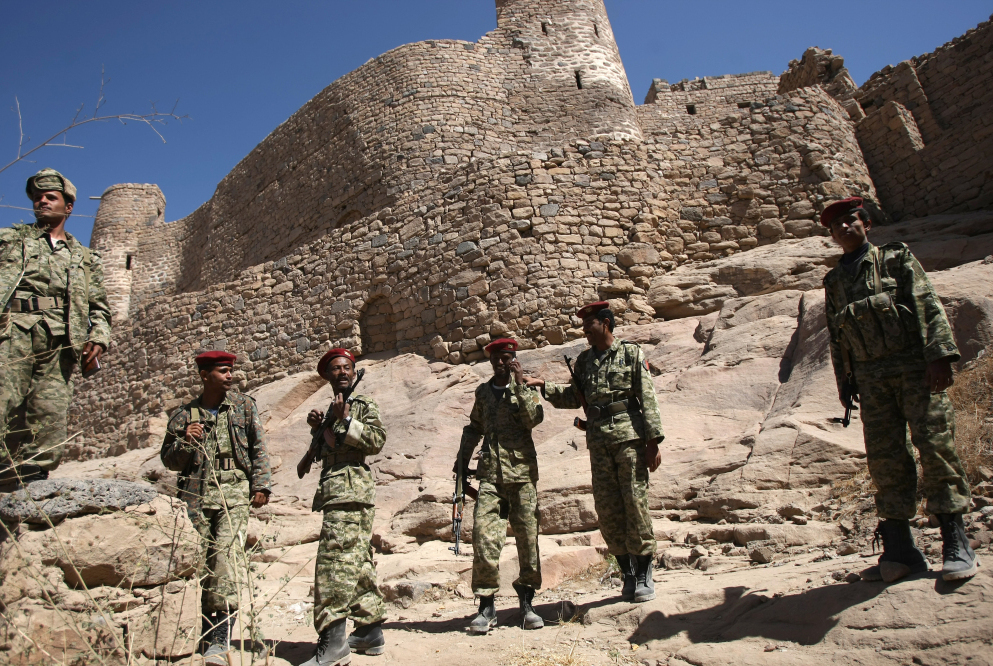 Yemeni army soldiers gather at the historic castle of Rada last month, as hundreds of al-Qaida gunmen yielded to tribal pressure and withdrew from Rada, a town they had held for nine days. The U.S. is increasingly turning its focus to al-Qaida affiliates such as the one in Yemen.

They seem to agree that core al-Qaida — the group that launched the Sept. 11 attacks and looked to bin Laden for guidance — is in trouble.

Now, the discussion is about a loose affiliation of groups that present a diffuse and entirely different threat.

This week, leaders of the intelligence community were on Capitol Hill for a series of hearings to provide their annual assessment of threats to the U.S. The sessions went on for hours. Officials discussed the growing threat from Iran and their concern about cyberattacks and weapons proliferation.

What was dramatically different was how long the discussion on al-Qaida lasted: It clocked in at just minutes. 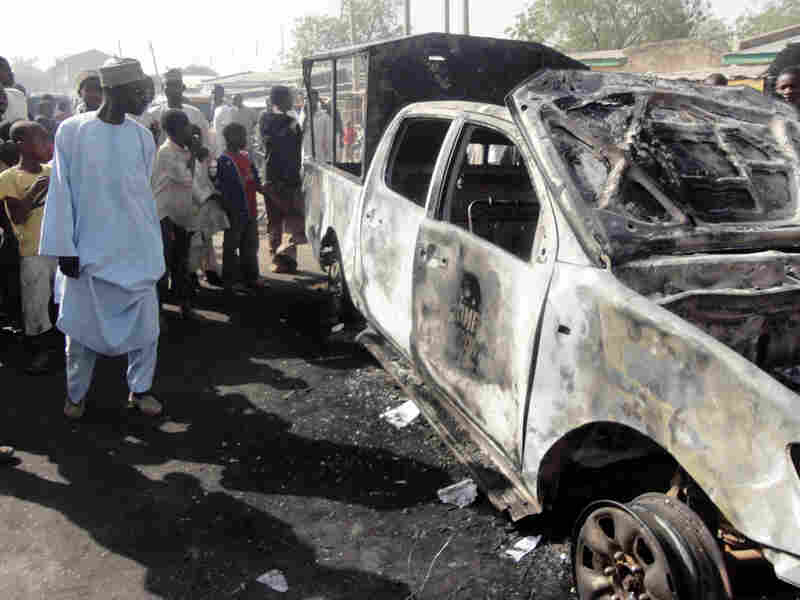 A resident inspects a police van outside Sheka police station in the northern Nigerian city of Kano last month. Members of the Boko Haram Islamist group attacked the station the previous night. The group recently released a video calling for jihadis to focus on the United States. Aminu Abubakar/AFP/Getty Images hide caption 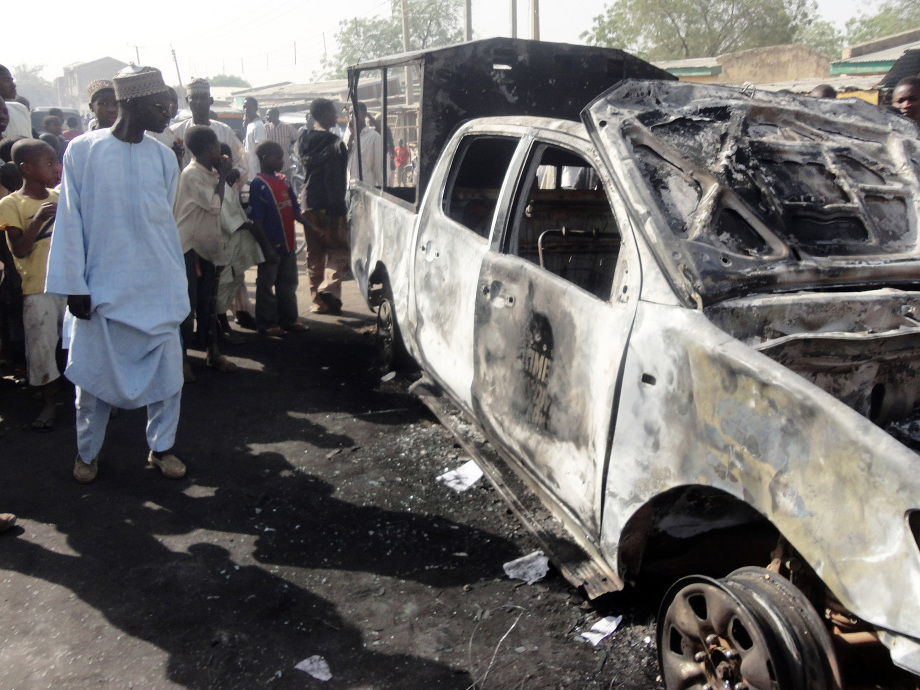 A resident inspects a police van outside Sheka police station in the northern Nigerian city of Kano last month. Members of the Boko Haram Islamist group attacked the station the previous night. The group recently released a video calling for jihadis to focus on the United States.

The head of the National Counterterrorism Center, Matthew Olsen, summed up the al-Qaida threat this way: "The bottom line, I think, is that al-Qaida is weaker now than it has been in the last 10 years," he told the Senate Intelligence Committee on Wednesday.

At a House Intelligence Committee hearing Thursday, Director of National Intelligence James Clapper said: "As long as we sustain the pressure on it, we judge that core al-Qaida will be of largely symbolic importance to the global jihadist movement. But regional affiliates, and to a lesser extent small cells and individuals, will drive the global jihad agenda."

Threat Shifting, But Not Disappearing

Experts say officials are talking about more than just a terrorist group that is decentralized. What they are saying is that something more significant than that has happened: Al-Qaida, as a movement, has fragmented. And according to Bruce Hoffman, a professor at Georgetown University and a terrorism expert, that means that the threat al-Qaida presents has fundamentally changed.

That's why the U.S. intelligence community is turning its focus to groups like al-Qaida's arm in Yemen or Islamic militias in Somalia such as al-Shabab. More recently, in Nigeria, a local separatist group called Boko Haram has taken aim at the U.S. It released a video message this week that called on jihadis to focus on the United States; their leader said President Obama was waging a war against Muslims.

This is the kind of clarion call that al-Qaida used to sound. Experts are quick to say that it is unclear that Boko Haram has the reach to launch any attack against the U.S., but intelligence officials are watching the group all the same.

Audrey Kurth Cronin, a professor at the School of Public Policy at George Mason University, says the hearings revealed another important development closer to home — the intelligence community has become far less breathless about al-Qaida.

"I think that we're returning to a slightly more normal perspective on terrorism," Cronin says. "We're not seeing al-Qaida as the only organization that uses terrorism, and we're going back to a broader view where we have threats of terrorism from many different sources, and I think that is the transition that is under way."

This broader view means that officials aren't focusing exclusively on al-Qaida affiliates. Instead, they are trolling for any terrorist groups that might be seeking to take advantage of the instability that has followed the Arab Spring. In some cases it might be groups aligned with al-Qaida; in other cases they might not.

Consider the availability of guns and other weapons. According to intelligence officials, before the fall of dictator Moammar Gadhafi in Libya, an AK-47 in North Africa cost about $1,000. With the flood of weapons coming out of Libya, an AK-47 now costs about half that.

"If the Syrian government falls and there is the same instability that attended the fall of the Gadhafi regime with the fall of Bashar Assad's regime, the region could be flooded with weapons," he says.

Whether that will help fledgling al-Qaida affiliates or new groups is still to be determined. And that's why intelligence officials are watching the developments so closely.

The more immediate question, however, is where this leaves al-Qaida.

"The bottom line is, when is it 'rest in peace al-Qaida?' " says Cronin.

"And my answer would be 'not yet,' some things require the passage of time. All the indicators are positive, particularly with respect to al-Qaida's core," Cronin says. "Al-Qaida has declined. But only a historian can declare it is dead."

What shouldn't be lost in the discussion, however, is that for the first time, U.S. officials seem willing to say publicly the group's pulse is weak — and it's time to look for threats elsewhere.