Accessibility links
3 Hidden Themes Of This Year's Super Bowl Ads Watching the Super Bowl ads every year has become not only a parlor game but an annual checkup of the national zeitgeist. Research shows that more than half of those tuning in want to see the commercials as much as — or even more than — the game itself. 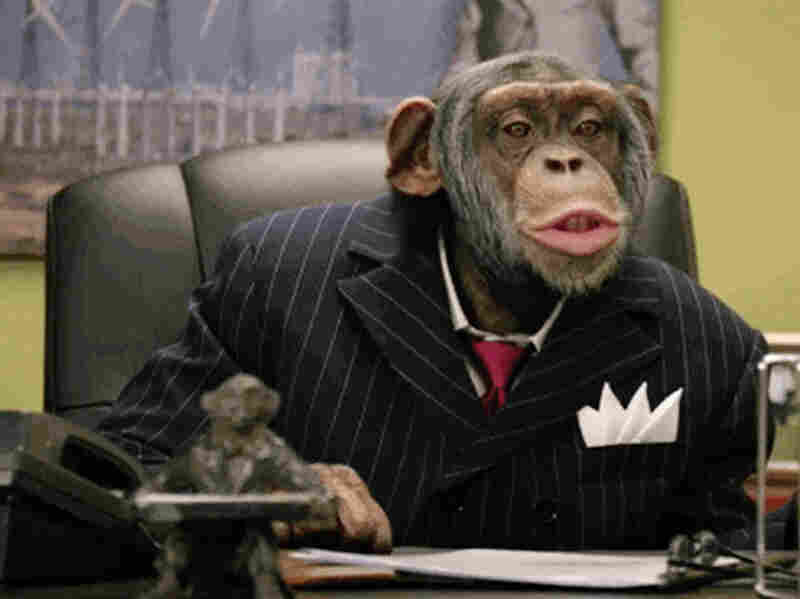 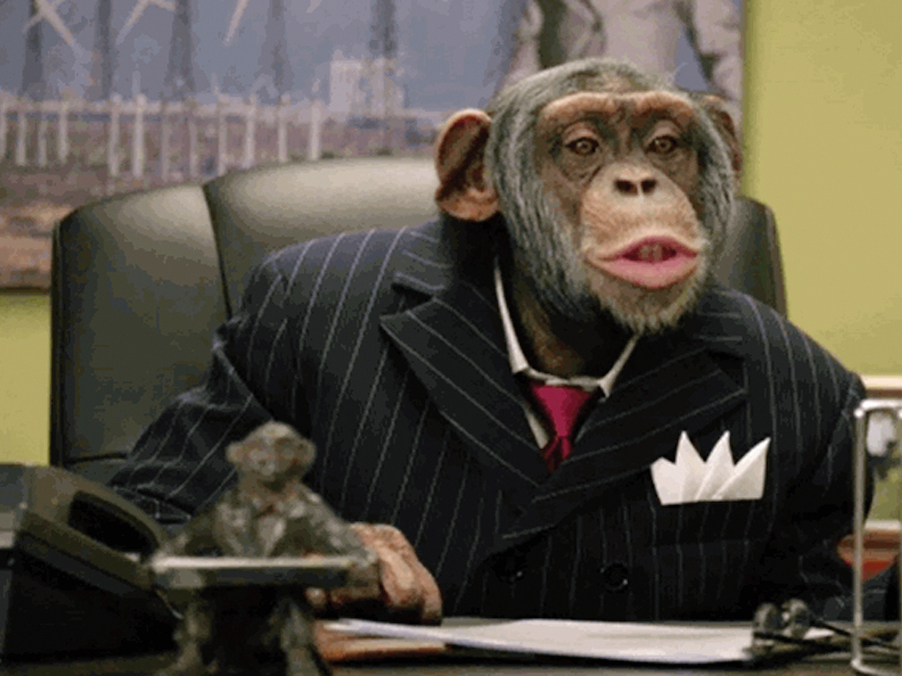 Many of this year's Super Bowl ads, like this one from CareerBuilders.com, play off our affection for animals.

Come Sunday millions of Americans will be watching Super Bowl XLVI. This year's NFL championship football game features New versus New — England and York. There will be dens of thousands swilling and spilling beer and pontificating about play action passes, blind-side sacks and franchise quarterbacks scrambling in and out of pockets.

But for many nonfans, the football is merely filler material between lavishly expensive commercial advertisements. Research conducted in 2011 by Hanon McKendry showed that more than half of those tuning in want to see the commercials as much as — or even more than — the game itself. They're hooked by the quick and quirky ministories for a hurried world.

Spots — created after months of planning — can cost several million dollars apiece to air. During the game, people will compare the commercials and contrast the campaigns. They will score the music scores and high-five the hyped-up humor. They will play Super Bowl 2012 Ad Bingo. On this given Sunday, everybody is an ad critic.

Drew Lange, a student at North Dakota State University who has designed a Super Bowl 46 drinking game for Midwest Sports Fans blog, suggests a similar contest for the ads.

"I suppose," he says, "it would be smart to include 'drinking rules' that also cover the commercials, since most times people pay more attention to those than the actual game. This would be like: Take a drink every time a beer commercial comes on. Take three drinks if a commercial includes a baby. Take two drinks if the commercial doesn't make any sense. Something similar to that."

Watching the Super Bowl ads every year has become not only a parlor game but an annual checkup of the national zeitgeist. Inevitably, there are new wrinkles and twists, but there are also dependable, underlying eternal verities that recur — and that marketers will milk for time immemorial.

Here are three to watch for in this year's ads:

1. The quest for our inner child. Americans may talk a good game about looking forward to the future, but we sure can get nostalgic for the past — especially for the way things felt when we were younger.

In this ad, Honda appeals not only to our pasts but to Matthew Broderick's as well.

"Marketing to the inner child is, I think, a response to wider trends in Western societies: specifically, the growth in complexity of modern society people's growing anxiety about modern life and the erosion of people's trust in institutions such as big corporations," says Jonathan Fletcher, creative director of the global marketing firm Illuminas.

"By evoking childhood," Fletcher says, "brands can enable customers to regress to a simpler, more innocent time and take temporary shelter from the complexity and stress of adult life."

In the tradition of the E-Trade babies and Volkswagen's pint-size Darth Vader, Chevrolet will play to our youthful yearnings during the Super Bowl with its Spy Thriller and OK Go ads. And Honda appeals not only to the pasts of the Gen Xers but to Matthew Broderick's as well, with the Ferris Bueller homage: "Matthew's Day Off."

"It's a mystery to me why marketers don't play much more on boomers' childhood nostalgia," says Bob Garfield, longtime ad critic for Ad Age. "The smell of Play-Doh. Baseball cards. Baseball-card gum. Chatty Cathy dolls. Where's the Lone Ranger movie? These are the Proustian madeleines of the Eisenhower administration. They remind us of the past — when we were, you know, happy."

2. Our affection for animals. Cats and kittens may rule the Internet, but this year's Super Bowl is going to the dogs. The ads — from Volkswagen, Chevy, Skechers, Doritos, Toyota and others — promise more pups than a Westminster show ring. (Warning to drinking gamers, do not take a swig every time you see a tail wag. On Monday morning, nothing will help – not even hair of the dog.)

Cats and kittens may rule the Internet, but this year's Super Bowl is going to the dogs. One example: Volkswagen's sequel to its popular 2011 Darth Vader ad.

In a doggone wild move, Volkswagen posted a canine chorus trailer on the Internet to introduce its "Dog Strikes Back" ad. The spot (get it?) boomerangs back to boomers because it's about getting back in shape and, at the same time, in a meta way, creates nostalgia for last year's Volkswagen ad.

There will be lots of other animals on display as well, including animated polar bears, an inanimate panda, chimpanzees, a cheetah, dancing holographic monkeys, a runaway bunny and swarming bees.

"People like animals," Garfield says. "If the animals talk, so much the better. This is a very quick way of arresting human attention. In my opinion, the State of the Union address should not begin with the speaker of the House blabbing about 'high privilege and distinct honor.' It should begin with a kitten going down a sliding board."

3. Um, well, uh, sex. And in case you didn't get the txt msg: Sex sells. Some of this year's spots are steamier than a pot of lobsters. Fiat, Toyota, Doritos and other companies feature wily women enticing gullible guys to buy products.

But, as usual, Go Daddy sells its services with in-your-face salaciousness. "Who won't notice a hot model in body paint?" asks one woman in its "Body Paint" ad.

Some of this year's spots are steamier than a pot of lobsters. H&M appeals to women with this David Beckham ad.

If you are not too deep in a drinking game you might ask: What exactly does a painted naked body have to do with domain names?

"In all the hoopla, we forget football is a game played by young men," says advertising copywriter Steffan Postaer, who's perhaps best-known for his Altoids mints curiously strong ad campaigns. "Does it not follow that adolescent humor and sexual innuendo fit right in? Said another way: Boys will be boys."

The cavalcade of commercials, he says, "is "a lot like a large and raucous class of teenagers all vying to be the class clown — the one who gets the laughs, the attention, the props, even the girl."

And that, Postaer says, brings us back to the inner child, and why it's an underlying theme of Super Bowl ads.

He points to something he wrote a while back: "The older I get the more I realize how important it is to stay connected to my 'inner child.' The best creative people do not grow out of it when they grow up. We remain inquisitive like children. Lovers of fun. You see it in our bicycles in the hallway. Our dubious wardrobes. Our playlists. Our flirty snapshots on Facebook. Alas, you also see it in meetings, where we become pouting and defensive, wilting under criticism, frustrated by the grown-ups ruining our fun. I know we can be insufferable."

Postaer's blog is called Gods of Advertising and its motto, apropos for understanding the Super Bowl ads, is this: "We make you want what you don't need."