Accessibility links
Fairway To Heaven: Trump Eyes A Golf Course Burial Donald Trump, the man who can buy anything, wants to build a cemetery for himself and members of his private golf club at Trump National Golf Club in Bedminster, N.J. But it's taking an eternity for Trump to get his cemetery built. 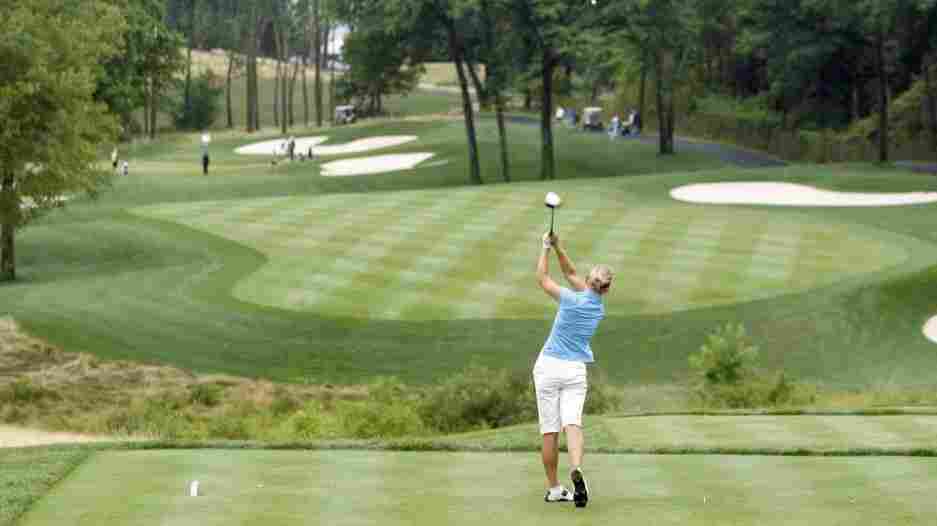 Junior amateur Sarah Brown tees off on the 13th hole of the Trump National Golf Club in Bedminster, N.J. Under the current deal that's been negotiated, the club could feature 500 graves, including, eventually, Donald Trump's. Andy Mills/The Star-Ledger/Landov hide caption 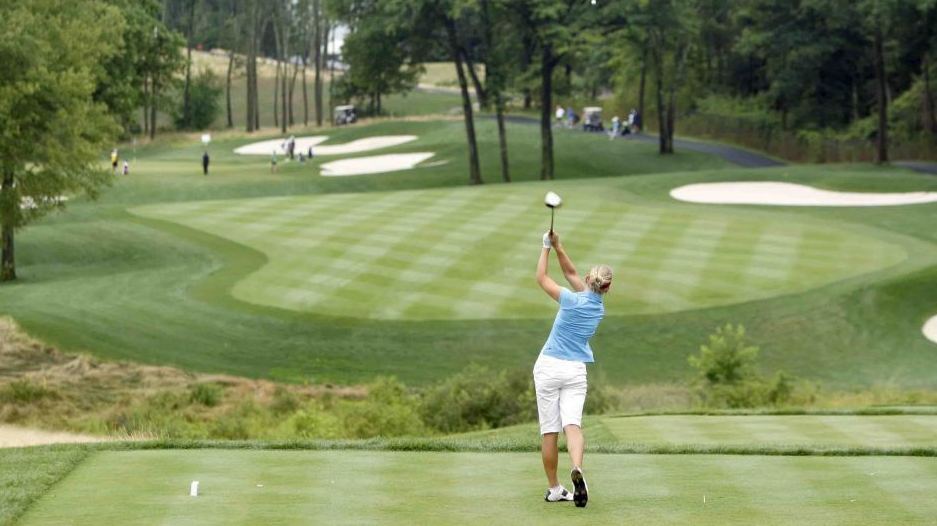 Junior amateur Sarah Brown tees off on the 13th hole of the Trump National Golf Club in Bedminster, N.J. Under the current deal that's been negotiated, the club could feature 500 graves, including, eventually, Donald Trump's.

You might think Donald Trump can buy anything he wants. But at least one purchase has eluded him: Trump wants to be buried on his golf course in Bedminster, N.J.

Even though Trump owns the 500-acre spread, it's taking an eternity for him to get a cemetery built there.

That's because the decision-makers in the tiny hamlet of Bedminster — with its rolling hills, horse farms, wooden-framed buildings and residential estates owned by some of the wealthiest people in America — have objected to Trump's past proposals, worried that whatever is built might disrupt the scenic terrain.

"It's not like Atlantic City in any way, shape or form," says Ed Russo, a consultant for Trump coordinating the plan to put a cemetery on Trump National Golf Club. The club has a Georgian Revival clubhouse, a pool complex next to 17th century farm buildings, tennis courts and a stable. Russo says Trump loves the beauty of the area and the course and has proposed different plans to be buried there over the past decade. 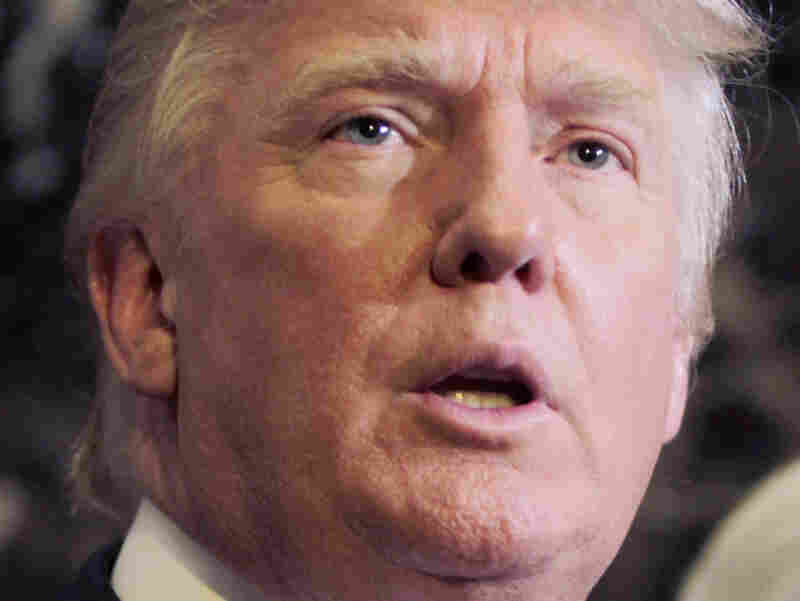 Donald Trump wants to be buried on the golf course he owns in Bedminster, N.J., and has been pitching proposals for the past decade. Seth Wenig/AP hide caption 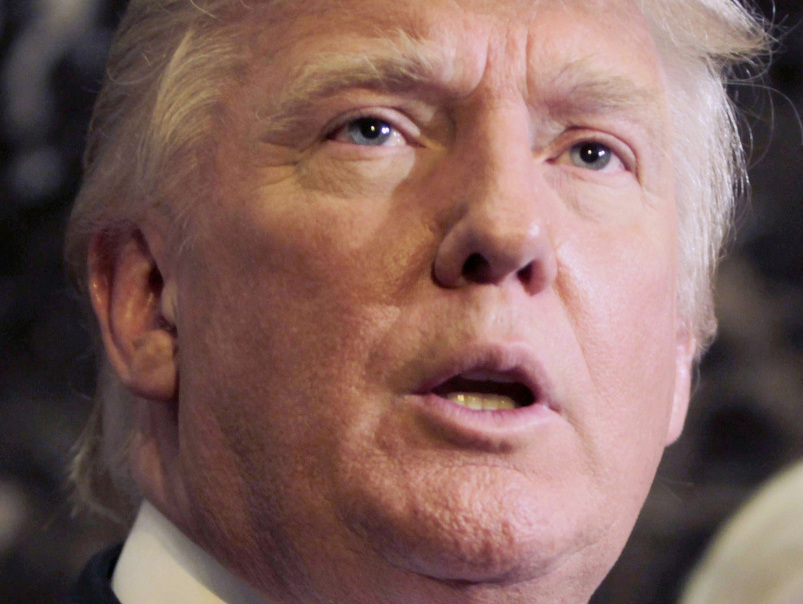 Donald Trump wants to be buried on the golf course he owns in Bedminster, N.J., and has been pitching proposals for the past decade.

"If you have everything in the world, where would be that place you'd most like to be identified with going forward? His point was, this is a place where people respect each other," Russo says.

Russo has gotten a green light from the Bedminster town council, the first step in a long process of local and state approvals. The current plan now calls for a cemetery that would be for any member of the golf club — who pays about $150,000 to join and an additional $20,000 in annual dues. Trump's earlier proposals for a mausoleum and chapel were turned down. But former town council member Sally Rubin negotiated a deal that will allow 500 graves as long as she doesn't have to see them.

"Who I am to say under what circumstances he should be buried personally?" she says.

Rubin's concern was what could be built on property Trump owns next to the golf club, land that's visible from the road.

"If he wants a mausoleum and he wants to do it for himself and he wants to put that on the golf club proper, I didn't have a problem with that. It's a large piece of property, and he has a lot more flexibility there, but I did not want it on a scenic rural road in our community," Rubin says.

So that means Trump could still put his mausoleum right alongside his favorite fairway, if he can get approval from New Jersey's State Cemetery Board. Rubin says the proposal hasn't been controversial in town.

A sampling of residents outside the local supermarket elicited comments for and against, but no one was taking it all that seriously.

"I just think cemeteries have their place. You have a golf course, and I don't think elite membership should give you the right to be buried there either," Melitski says.

The golf club is so private and well-guarded that there's little concern that a Donald Trump grave might draw tourists. The proposal drew praise from some high quarters. Gov. Chris Christie's spokesman told the Star-Ledger newspaper that since Trump can be buried anywhere, "I guess we should be honored that he's considering New Jersey."