Accessibility links
When Will We Get To Know The 'Real' Mitt Romney? Despite Mitt Romney's time as governor, his previous presidential run and quite a few years in the spotlight, many people still feel they don't know much about him. The clean-cut, buttoned-up candidate is notoriously quiet about his private life, and his former colleagues and friends haven't revealed much, either.

With his big win in the Florida primary and an expected solid showing in Saturday's Nevada caucus, former Massachusetts Gov. Mitt Romney is regaining his front-runner status for the Republican presidential nomination.

Despite his time as governor, his previous presidential run and quite a few years in the spotlight, a question still remains: Who is Mitt Romney?

To some, Romney personifies the corporate raider; the cold, calculating chief executive. But people who have worked with Romney speak much differently of him.

"He is the most capable person I've known," says Geoff Rehnert, a former colleague at Bain Capital. "He is a guy who wakes up at 6 in the morning and goes [until] midnight, and has tremendous energy, tremendous intellect and ability to focus on the detail — ability to go see the big picture."

'The Real Romney' On Fresh Air

But even among those who have known Romney, like Rehnert, very few can say they really know him well.

"He doesn't have a lot of idle time for hanging out," Rehnert says. "He's not a guy who lounges around, puts his feet up on the couch, and you know, kind of goes on cruise control while he sips a beer. The guy is going hard."

Boston Globe reporters Michael Kranish and Scott Helman wanted to build a deeper profile of Romney. In their new book, The Real Romney, they explain why they believe he lacks a bit of the common touch.

Kranish tells weekends on All Things Considered host Guy Raz that Romney grew up in a series of "bubbles" — from his upbringing in a wealthy neighborhood in Michigan, to his time as a Mormon missionary, and then on to Harvard and working in private equity. Kranish says these were all very insular and elite worlds.

"He did not run, for example, for the city council; he wasn't a mayor," Kranish says. "So he's not the sort of glad-handing politician with the common touch in that way. That's really not who he is. Now, running for president, he needs to show that he can connect."

In the book, the authors write:

"He has little patience for idle chatter or small talk, little interest in mingling at cocktail parties, at social functions or even in the crowded hallway."

Now, this seems like an impediment for someone who wants to be in politics. But it's not a new problem for Romney, Helman tells Raz, recalling Romney's stiffness on the campaign trail when he ran for the U.S. Senate in 1994. He lost that race to incumbent Ted Kennedy, but he still went on to have a political career when he was elected governor of Massachusetts in 2002.

"Today ... he continues to make these comments that just suggest he does not know how to connect with people," Helman says.

Much has been said of Mitt Romney's Mormon faith and his leadership position within the church, but not by the man himself. Romney directs questions on doctrine to the church, and has often said that he is not a Mormon spokesperson, Kranish says.

But the Mormon church has been, and continues to be, central in Romney's life. As Kranish describes it, "it's not just a place you go on Sundays." It's your social life, and it informs your cultural values, he says — and it takes up a big percentage of your week.

"Yet, Mitt Romney clearly is uncomfortable talking about his faith in a really significant way," Kranish says. "And so I think one result of that is people feel they don't fully know him because he's not sharing this big part of himself."

Kranish says it feels unfair to hold Romney to a different standard than someone running for office who held a leadership position in a Catholic or Episcopalian church, for example. But he says that if Romney wins the nomination, his faith will be an issue.

"You can't understand him without understanding his faith, and yet, he more or less walls that off from view," he says. "I think it will be fascinating, assuming he is the nominee, to watch how that happens in the general election." 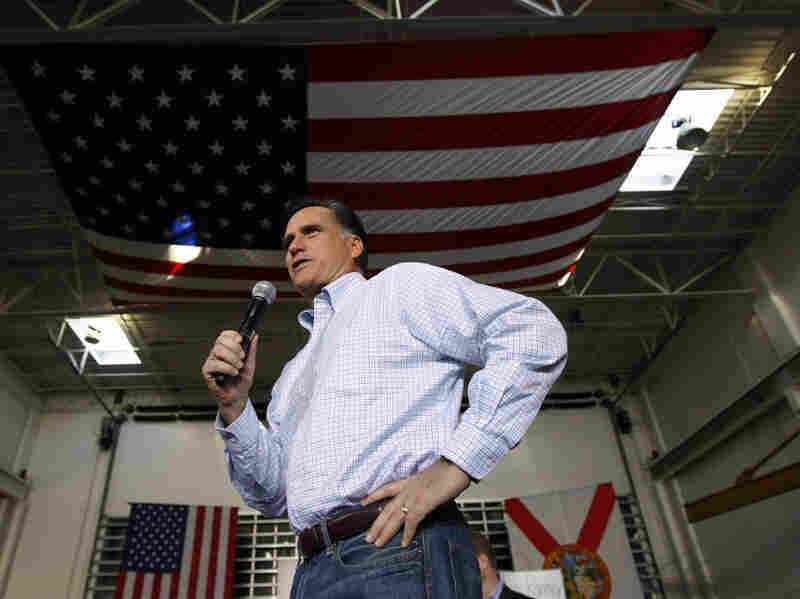 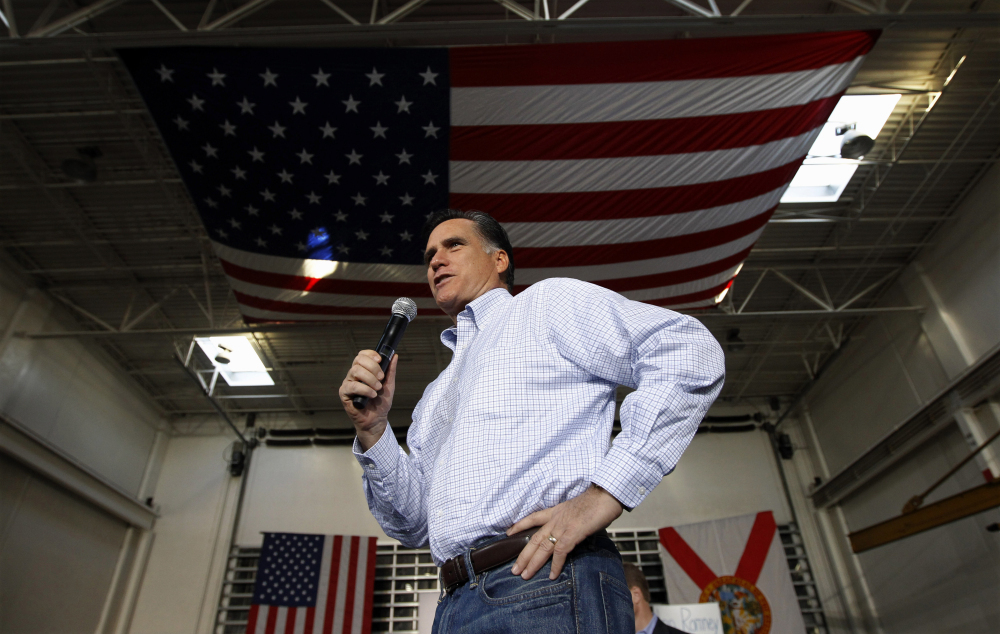 Though Romney doesn't talk much about his time as governor of Massachusetts while he's on the campaign trail, Kranish says Romney can point to some successes that show he can work with Democrats across the aisle if need be — most notably the health care legislation he passed in 2006.

"This was a major achievement that remains popular, and by most measures pretty successful in terms of achieving near-universal coverage [in Massachusetts]," he says.

Romney came in as an outsider when he became governor, and Kranish says he thinks that's how the former governor would approach the presidency if he were to win.

"[As] somebody who is not beholden to special interests or does not have long-term relationships with lobbyists or other lawmakers," Kranish says. "He comes in as the CEO: He's going to take charge, and he's going to lay out an agenda and push it through."

The picture painted of Romney in Kranish and Helman's book seems to be of a somewhat detached person — or at least someone who really only opens up to his closest friends. But does that really matter? Both Kranish and Helman say it matters a lot for someone hoping to be president.

"If you're very reserved and yet running for president, those two things tend to be a disconnect," Kranish says. "It's one of his greatest challenges."

Presidents find themselves in all sorts of situations where they have to be able to connect with people, and know what to say to them.

"I think it's critical that if he were to win, that he be able to figure that out," says Helman, "because I do think it's a critical part of leadership."