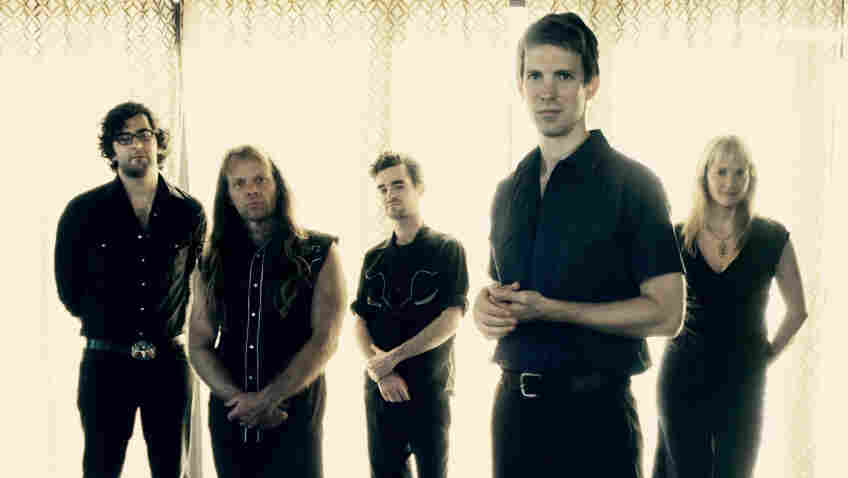 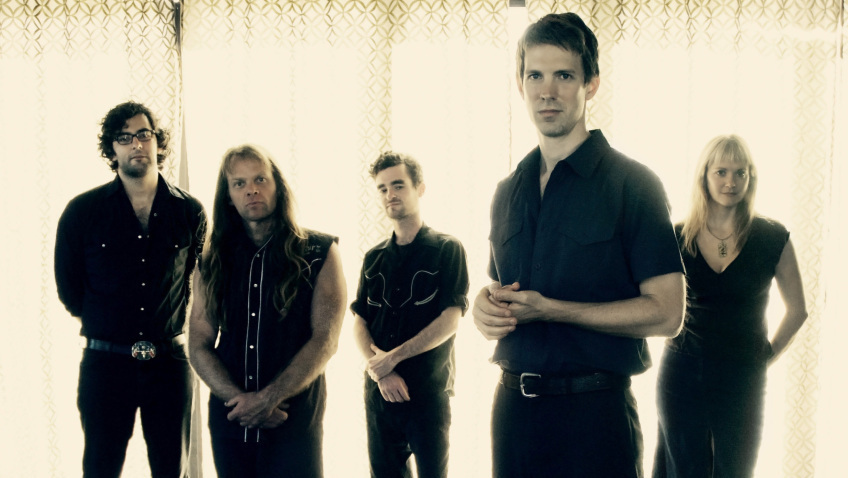 Amy V. Cooper/Courtesy of the artist

Many singers work in miniature, opting to sketch out small moments or document fragile emotions, then mumble into their own chests to ratchet up the intimacy. Then there's Shearwater, whose far-reaching songs about man's relationship with nature boom and swoop with epic grace and grandeur. Jonathan Meiburg's strident vocals often drop to a high falsetto whisper, but he's not afraid to be audible from the farthest reaches of space, either. For a group of musicians about to embark on a tour with the subtly brilliant, oft-understated Sharon Van Etten, Shearwater is a bold, majestic band with big conceptual ambitions.

Those ambitions led Shearwater to release a mighty trilogy of high-concept albums in recent years: Palo Santo, Rook and The Golden Archipelago, all of which can be arty and graceful or rugged and bombastic in any given moment. With those interlocking works completed, Meiburg is free to head up a somewhat more straightforward rock group on Animal Joy, out Feb. 14. "Animal Life," "You As You Were" and "Immaculate" positively blaze here, gathering power as they accelerate, but Shearwater is still a band led by an intellectually curious bird scientist. Humanity's complex interactions with biology and nature haven't given way to mundane ruminations on love gone wrong, as stormy songs like "Breaking the Yearlings" find Shearwater booming portentously over dire warnings of ominous weather and destructive tides.

Even at its most tender and delicate, Animal Joy pairs Meiburg's brainy proclamations with brawny, searching arrangements: Inventive percussionist Thor Harris leaves his reverberations all over the record, and he's aided by terrific bassist Kimberly Burke and an impressive assortment of guests, including Wye Oak multi-instrumentalist Andy Stack. The common thread binding them all, and binding everything Shearwater does, is a love of big thinking — and a clear understanding that brains and beauty need never be mutually exclusive.