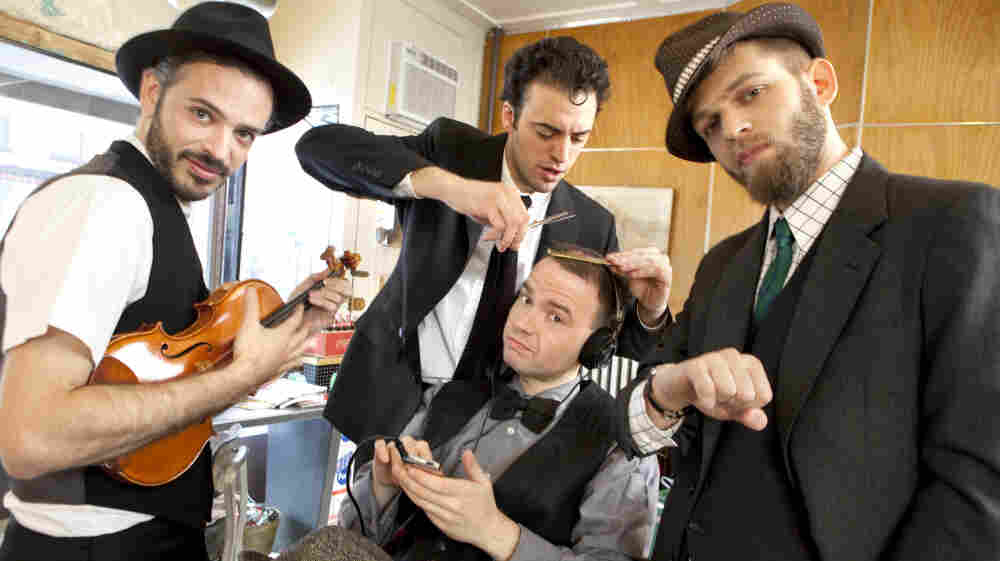 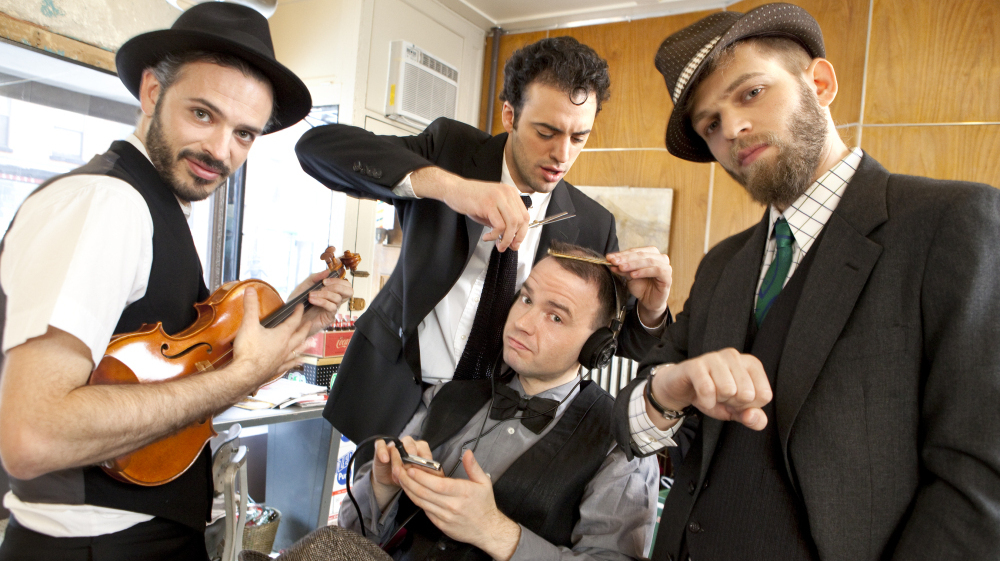 Sarah Small/Courtesy of the artists

As a string quartet, the excellent Brooklyn Rider is all about the number four. But on their new album, Seven Steps (out Feb. 21), its members circle around the mysterious — and some might even say spiritual — power of the hebdomad. The Bible is full of sevens, from the story of creation in Genesis to Jesus' seven last words on the cross; Muslims make seven circumambulations around the holy Kaaba; Buddha is said to have walked seven steps at his birth; and (in no less Holy Writ for musicians) Beethoven composed his massive and mystical String Quartet in C-sharp minor, Op. 131, in seven movements.

The album opens with the title piece, which blends improvisation with a sketched-out framework, and whose composition credit goes collaboratively to Brooklyn Rider. This format may seem strikingly unusual — and even daring — for a Western classical ensemble to take on. But this structure owes a debt to the kind of music commonly used by some of Brooklyn Rider's longtime collaborators from other musical styles, most notably the Iranian kamancheh virtuoso Kayhan Kalhor, with whom the four often work as Brooklyn Rider and as part of the core of Yo-Yo Ma's Silk Road Ensemble.

Separating the two "sevens," but no less mystically focused, is Christopher Tignor's Together Into This Unknowable Night. Utilizing percussion, an AM radio and various bits of sampling gear, Tignor creates a muttered hum of activity that burbles at the fringes of an internally focused halo of sustained, glowing chords, and the effect is powerful.

The centerpiece of the album, however, is the Beethoven performance. Brooklyn Rider's interpretation may not be for everyone; as this group plays it, the fugue-based first movement — the movement Wagner called "the most melancholy sentiment ever expressed in music" — is filled with audible portamentos, or slides, that may not be to all tastes. The sounds, however, underscore the idea of an unflagging uphill battle, Beethoven's musically potent enunciation of the human condition.

In the other movements of Op. 131, some of Brooklyn Rider's other immense talents rise to the fore: warm, easy intimacy in the playful Allegro Molto, the depth in the pivotal and monumental middle Andante and, above all, a capacity for joy in the fifth-movement Presto before shifting the band's musical gaze back to the unknowable — and, finally, to the sublime.