Accessibility links
A Tale Of Two Centuries: Charles Dickens Turns 200 The beloved storyteller was born on Feb. 7, 1812. He had little formal education, but his novels made him famous in his own time, and continue as classics in ours. His two-dozen works of fiction have never gone out of print. 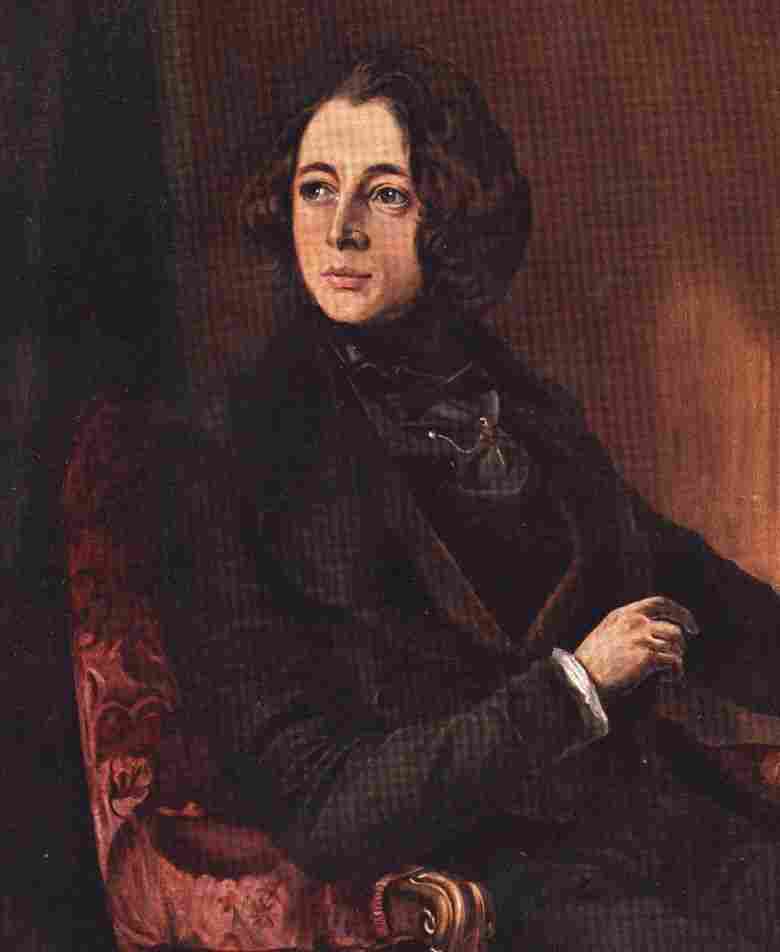 English novelist Charles Dickens was born on Feb. 7, 1812. He was the second of eight children, and had little formal education. Hulton Archive/Getty Images hide caption 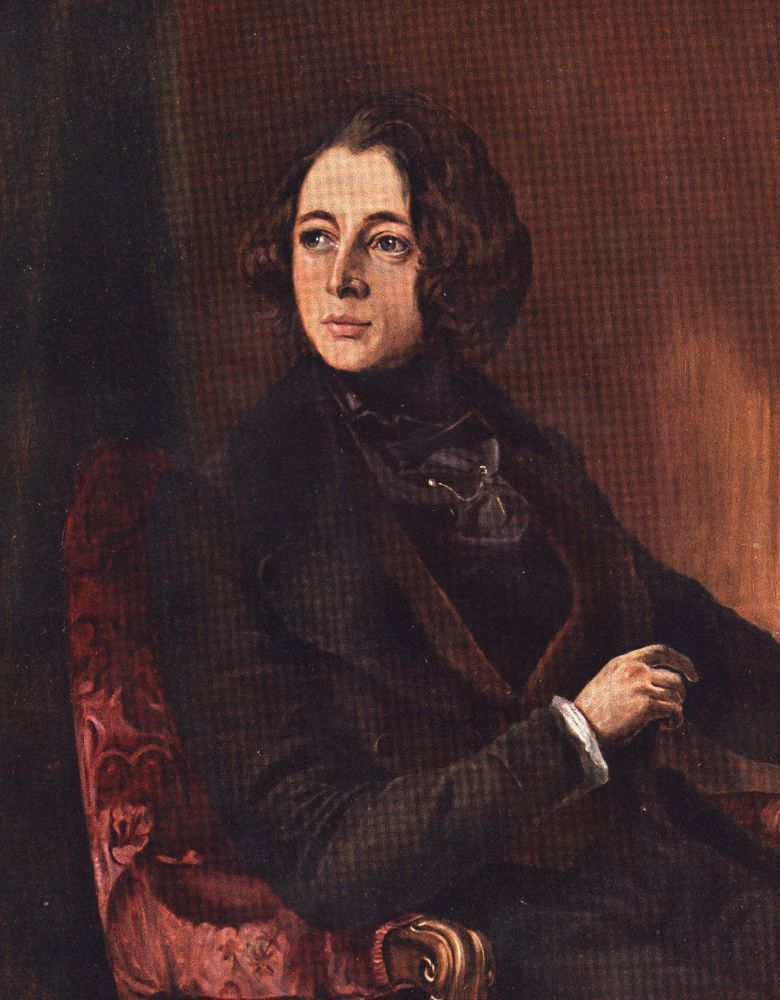 English novelist Charles Dickens was born on Feb. 7, 1812. He was the second of eight children, and had little formal education.

Charles Dickens — one of the most beloved storytellers in the English language — was born 200 years ago Tuesday. He was a comic genius and a social reformer whose novels made him famous in his own time, and continue as classics in ours.

At the Morgan Library in New York, the Dickens bicentennial celebration is in full swing with an exhibition of the largest collection of Dickensiana outside England — documents, letters, illustrations and artifacts from the author of David Copperfield, Nicholas Nickleby, A Tale of Two Cities, Great Expectations and more.

At the entrance to the gallery, curator Declan Kiely has placed a large reproduction of the writer's unmistakable signature — his name over an inverted triangle of squiggles — a powerful flourish used by a famous author of very humble origins, says Kiely.

"At least three lines, sometimes five lines, slowly descending — what it looks like is a spring, springing up, kind of keeping his name up in the air," Kiely says.

Dickens had an elaborate signature — his name set atop a triangle of flourishes. Hulton Archive/Getty Images hide caption

Dickens had an elaborate signature — his name set atop a triangle of flourishes.

Dickens began his literary career with almost no formal education. He was born in Landport, on Feb. 7, 1812, the second of eight children. When he was 12, his father was sent to debtor's prison. Dickens was forced to quit school and work in a London blacking factory, sealing pots of shoe polish and pasting labels on them. He would rework that hellish experience into his fiction for the rest of his life.

"He was a social reformer who knew whereof he spoke," says actor Simon Callow, author of a new biography called Charles Dickens and the Great Theatre of the World. "He knew what poverty was. He knew what it was to be rejected, to be cast aside, to live in squalor." 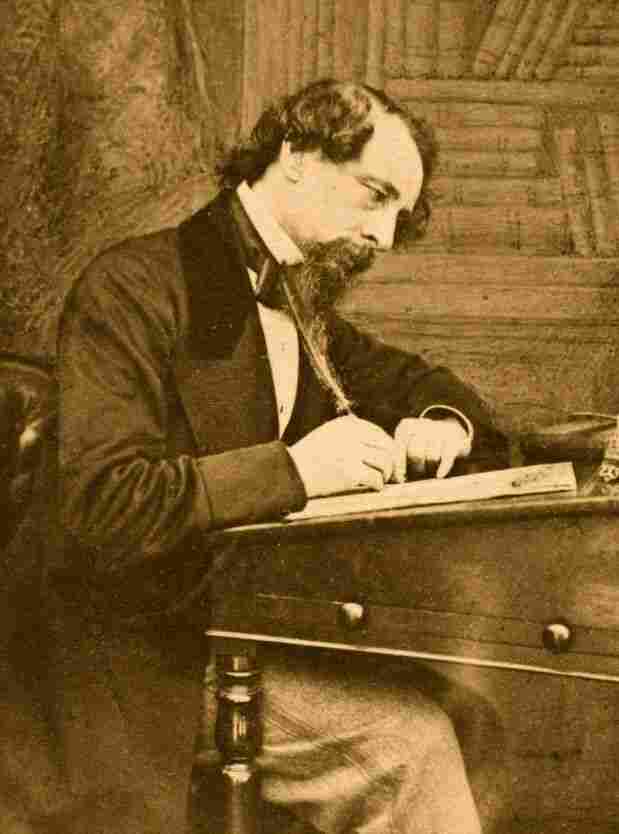 Dickens was a writer and an actor — when he was working at his desk, he'd get up, go over to a mirror, act out his characters' lines, and then go back to his desk to write them down. Hulton Archive/Getty Images hide caption 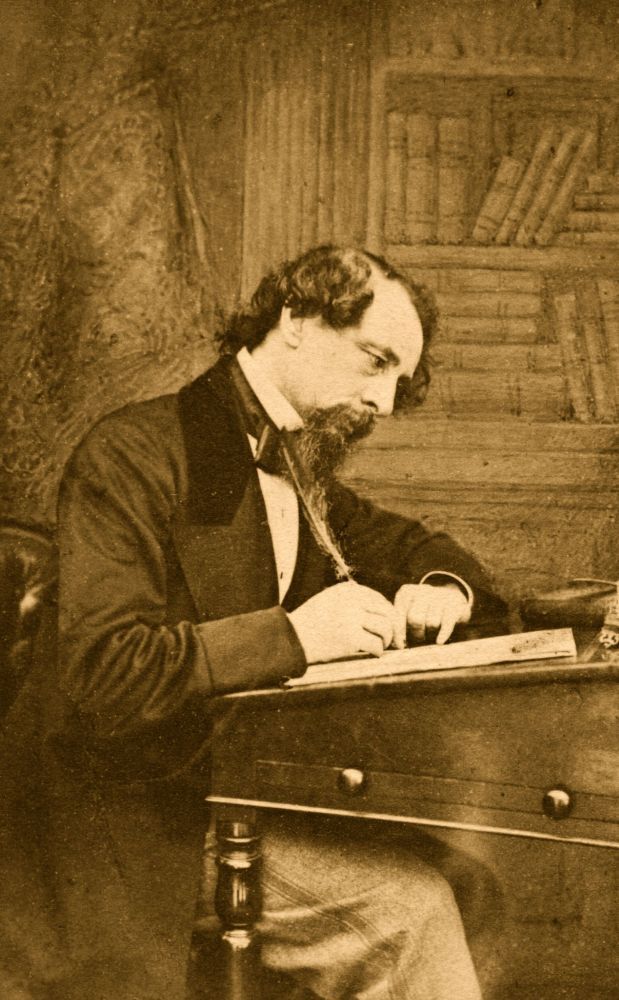 Dickens was a writer and an actor — when he was working at his desk, he'd get up, go over to a mirror, act out his characters' lines, and then go back to his desk to write them down.

And so Dickens wrote with great compassion for the suffering of innocent and vulnerable children — characters like David Copperfield, Little Dorrit and the orphan, Oliver Twist:

With his slice of bread in his hand, and his little brown parish cap on his head, Oliver was now led away from the wretched home, where one kind word or look never lighted the gloom of his infant days.

Yet he burst into an agony of childish grief as the cottage gate closed after him. Wretched as were the little companions in misery he was now leaving behind him, they were the only friends he had ever had.

With the appearance of Oliver Twist in London periodicals in 1837, the 25-year-old Dickens became the most popular writer in England. But his first love was theater, and he considered becoming an actor.

"When he was actually writing, he became his characters," says Peter Ackroyd, author of Dickens: Public Life and Private Passion. "He would get up from his desk, go over to the mirror and mouth the words — do the expressions, grimaces, whatever, and then laugh, chuckle to himself, then go back to his desk and write it down."

Dickens created 989 named characters — each with a distinct voice and style. Those characters bolstered his popularity; every one of his major works has been adapted for either stage or screen. A Christmas Carol inspired more than a dozen films, from Alistair Sims' Scrooge in 1951 to Jim Carrey's voicing of the same character in Disney's 2009, 3-D animated film. 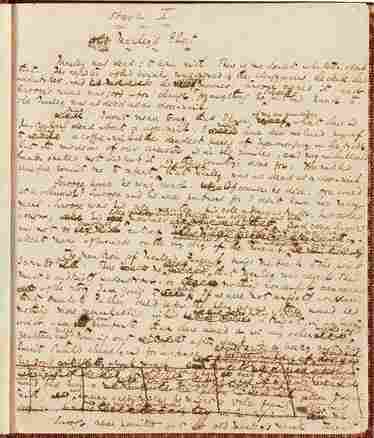 The original 1843 manuscript of A Christmas Carol is on display at the Morgan Library (click here to explore inside the handwritten text). Dickens wrote everything by hand, in tiny script, with a quill pen. Remarkably, the manuscript is both the first and the final draft, says Kiely, the curator. You can see where Dickens has changed the name of the first chapter from "Old Marley's Ghost" to "Marley's Ghost." Further down the page, he has excised an entire section.

"He realizes he's not writing a novel, he's got to keep it tight, and he only has a very short time in which to write this," Kiely explains. "He wrote the whole of A Christmas Carol in six weeks, in order for it to be published in time for Christmas."

Dickens wrote all the time. He traveled with a portable inkwell and a supply of quill pens. He was working on his last novel, Our Mutual Friend, en route from France to London when the train he was on crashed, killing several people and injuring more than 50, Kiely says.

Dickens tried to save his reputation first: "He was traveling with his mistress, Nelly Ternan, and her mother," Kiely explains. "And of course [he] had to try to get her away from the scene, because it would have been scandalous if the press had discovered their being together."

From Dickens Himself, Notes On 'A Christmas Carol'

Then, he helped give aid to injured and dying passengers — he writes about that in a letter that is also on display in the Morgan exhibition (click here to read Dickens' letters). Finally, he saved his novel: "He scrambled back into the wreckage," Kiely says. "Several train carriages had gone over a bridge into a river below. Dickens' carriage was precipitously balanced on that bridge. He crazily climbed back in to retrieve from his luggage this portion of the novel — due for publication later that month."

Dickens died five years later in 1870, after a stroke at age 58. Dickens' achievement was extraordinary, says novelist T.C. Boyle, who earned a doctorate in Victorian literature.

"He achieved what any great artist achieves — a body of work that has entertained and delighted and instructed people down through the ages. That's what we all hope for," says Boyle.

But Dickens' greatest fiction was his own character, says Callow, the biographer: "People think of him as a jolly chap ... but he was ... increasingly plagued with depression and a sense of hopelessness and despair. And that's worth knowing. I think it's always good to know that great creative individuals have their struggle, their drama."

Dickens' struggle manifested itself in a dramatic signature — and more than two-dozen works of fiction that have never gone out of print.