Accessibility links
Fewer Autopsies Mean Crucial Info Goes To The Grave Autopsies are conducted on just 5 percent of patients who die in hospitals, and experts say that is a troubling trend that has broad implications for public health in America: Death certificates aren't as accurate as they could be, and that information drives research dollars and public health spending. 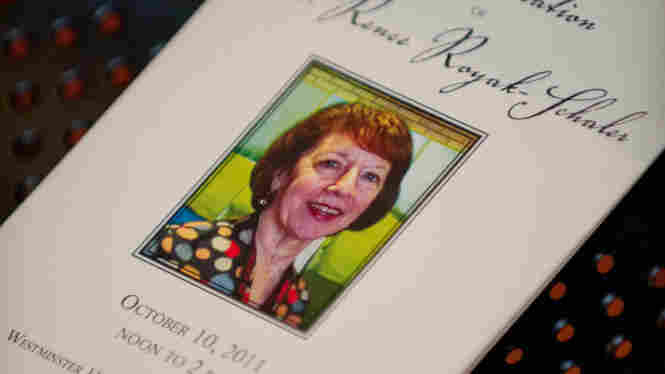 Colleagues of Renee Royak-Schaler at the University of Maryland School of Medicine paid for and conducted an autopsy that revealed that cancer had ravaged her body. Today, autopsies are conducted on just 5 percent of patients. Jenna Isaacson Pfueller/ProPublica hide caption 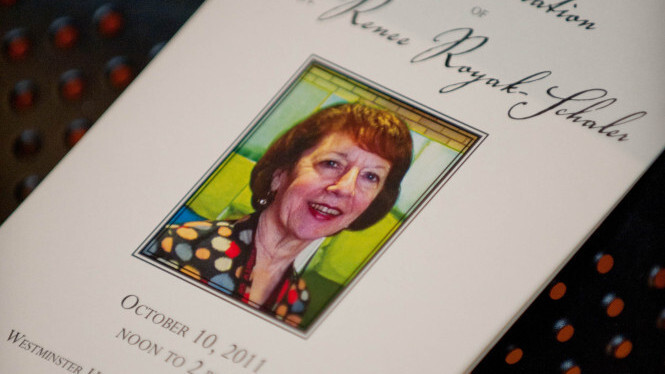 Colleagues of Renee Royak-Schaler at the University of Maryland School of Medicine paid for and conducted an autopsy that revealed that cancer had ravaged her body. Today, autopsies are conducted on just 5 percent of patients.

A half-century ago, autopsies — sometimes called the ultimate medical audit — were an integral part of American health care, performed on roughly half of all patients who died in hospitals. But today, autopsies are conducted on roughly 5 percent of such patients, and experts say that is a troubling trend.

For the past year, ProPublica, PBS' Frontline and NPR have probed America's deeply flawed system of death investigation. The decline in autopsies, some experts say, means that death certificates aren't as accurate as they could be — and that information drives research dollars.

For family members, information from autopsies can give a sense of closure in a painful situation. 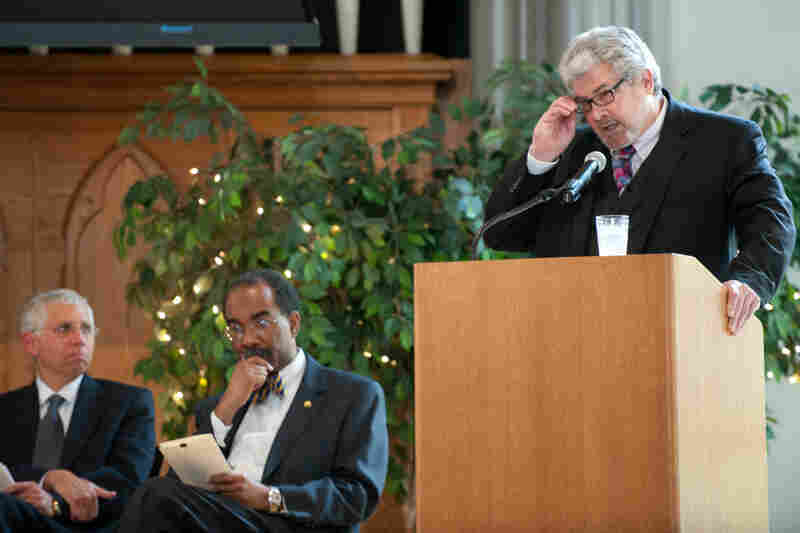 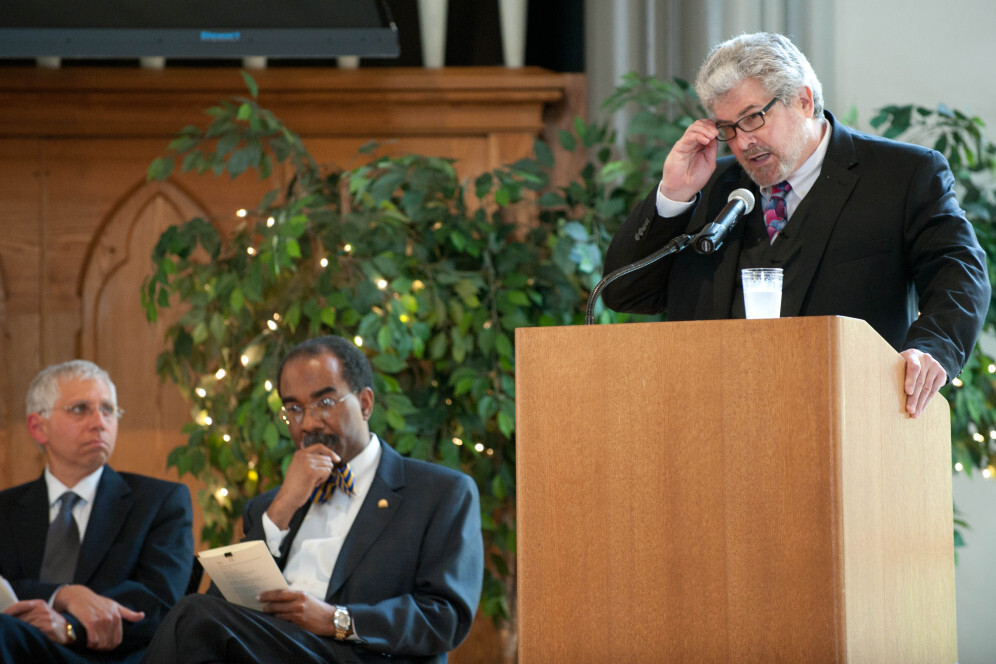 Jeffrey Schaler addresses family and friends gathered to remember his late wife, Renee Royak-Schaler. "There's a sense of peace" in knowing why she died, he says.

'Not Knowing Has Always Been Worse'

Renee Royak-Schaler was a 64-year-old professor and cancer researcher. As her husband shared at her memorial, last May she unexpectedly collapsed and was rushed to a hospital, where she died.

Dressed in a black suit, Jeffrey Schaler stands under the stained-glass windows in front of an audience of about 100 people to pay tribute to his wife.

"Thank you all for coming here today," he said. "If Renee were alive right now and could see what her friends and colleagues have done and feel towards her, she would truly be in tears long before I finish this sentence."

Renee died from a pulmonary embolism. "The only reason we know this now is because her friends and colleagues here at the University of Maryland School of Medicine paid for and conducted an autopsy," Schaler says.

The autopsy showed that cancer was all over her body and had caused the pulmonary embolism.

"Not knowing, to me, has always been worse than knowing the truth, and we know the truth ... as a result of autopsy. Even though that's still painful, there's a sense of peace," Schaler says.

But federal records show that few Americans receive that sense of peace when a loved one dies at a hospital.

A Steep Decline In Autopsies

Currently, American hospitals have no obligation to provide an autopsy when a patient dies. But if there is evidence of foul play or suspicious circumstances, a government-assigned coroner or a medical examiner may review the case, but they rarely intervene in hospital deaths.

Dr. George Lundberg, a pathologist and editor of the journal MedPage Today, says autopsies used to be the standard in hospitals, but not anymore.

"They've gone down so far now that there are large numbers of hospitals that do almost no autopsies at all," Lundberg says.

Hospital autopsies used to be mandated by The Joint Commission, an agency that works on the government's behalf to accredit hospitals in the U.S.

Until 1971, hospitals had to autopsy at least 20 percent of patients who died in their care, but they are not required to meet a quota.

Lundberg puts it this way: "The people who pay the bills say, 'Well, why would I want to pay money for an autopsy on a patient who's already dead? My money is supposed to be spent on people while they're alive.' "

Health insurance companies don't cover autopsies because they say they pay for care for the living patient, not the dead. Families can opt to pay for an autopsy out of pocket, but that can be expensive.

Without Autopsies, Hospitals Bury Their Mistakes

Besides providing closure to the families, there is another reason why autopsies might be important. Studies also show that doctors make diagnostic errors in about 25 percent of cases, but the errors remain unknown without autopsies.

According to Lundberg, that has broad implications for public health in America. For one thing, incorrect information is being written on death certificates.

"Death certificates are used all the time to establish what the leading causes of death are in the United States," he says. "This is ... the benchmark for how one develops a public health agenda and a spending agenda."

Robert Anderson manages the mortality statistics for the Centers for Disease Control and Prevention. He says flawed information about the ways Americans are dying is being written on death certificates and may be leading officials to allocate medical research dollars in the wrong way.

Robert Anderson, with the Centers for Disease Control and Prevention

Some experts say that to reverse this troubling trend, The Joint Commission needs to go back to mandating a minimum rate of autopsies. But that's not likely to happen anytime soon.

"No, we're not taking any action at this point to try to increase the number of autopsies," says Dr. Paul Schyve, who heads up the quality programs for The Joint Commission, which accredits hospitals.

"The CDC is certainly correct in saying that the reliability or the accuracy of what's put on death certificates would be increased if we had autopsies," he says. "If we had unlimited resources, then it would be a different picture, but we all know we don't."

But Schyve says technology may be the answer.

"Particularly in recent years ... there has been a big advancement in the type of diagnostic capabilities that people have to be able to diagnose and understand what's going on inside a patient without the autopsy," he says.

But experts like Lundberg don't agree, and say that even with the advancement in technology, sometimes errors in medicine can only be learned on the autopsy table.