Accessibility links
Songs To Spin To, From A Fitness Guru Justin Rubin teaches a cycling class in Los Angeles that always gets booked up in minutes. The key to his popularity? People love his music. 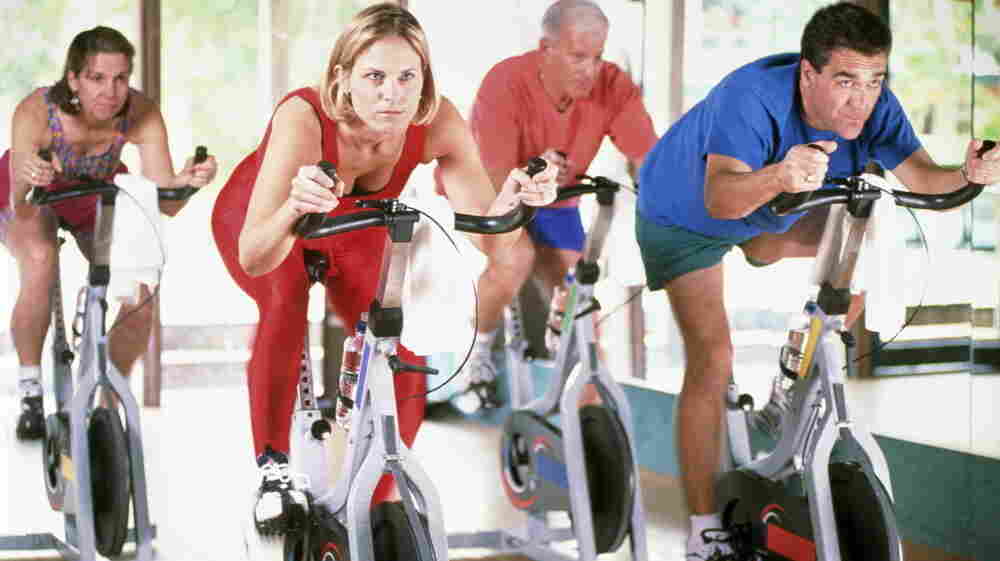 For gymgoers, the right soundtrack can be a critical part of an effective workout. Arthur Tilley/Getty Images hide caption

For the latest installment of The Ultimate NPR Workout Mix, Morning Edition reached out to someone who makes workout mixes for a living.

Justin Rubin teaches spin classes at Equinox Fitness in Los Angeles, where dozens of riders fill a dark room, pedaling against varying resistance levels on stationary bikes. Riders reserve their bikes online 26 hours before a class, and the bikes for Rubin's class are gone within minutes. The key to his popularity: People love his music.

"It's extremely important to have music that moves you — and I mean that in both ways," Rubin says. "If you're trapped on this bike and you're spinning, and you're visualizing your hill and going up, you need something that's going to take you away."

Rubin's first pick for our ultimate work out mix is "Heartless (In A Bottle)" by the San Francisco mashup artist DJ Earworm, which he says evokes "riding through the middle of the desert in the middle of the night, with just this rhythm and the person next to you." 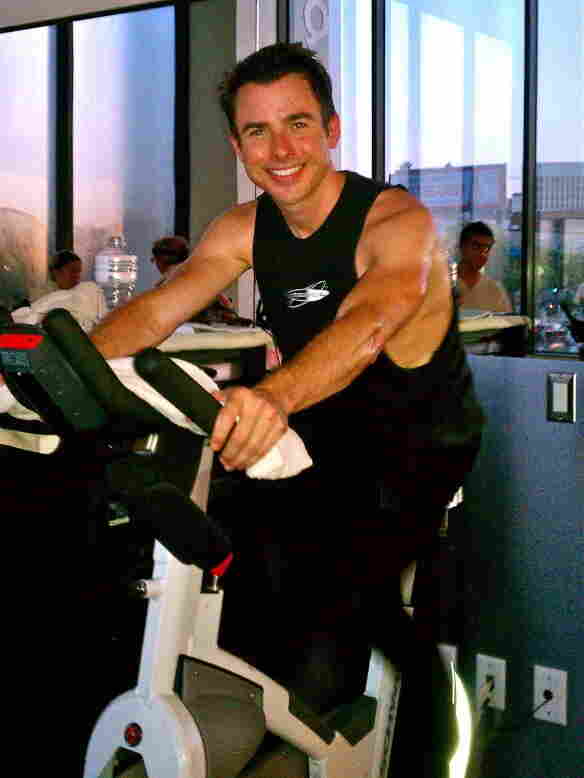 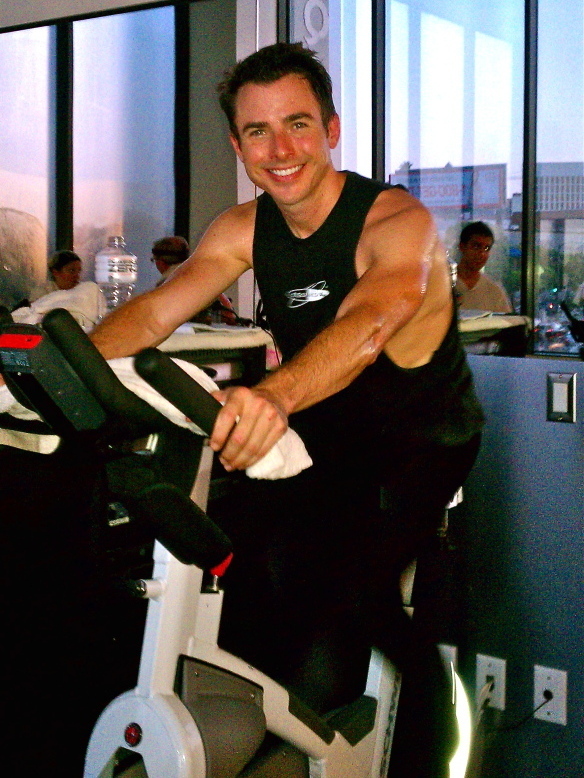 Rubin teaches all over Los Angeles, and he says his playlist varies by location and by the time of day.

"I have a morning playlist; I call it my soccer-mom spin," Rubin explains. "I take less chances — I'll play more like Britney Spears, Flo Rida — whereas at nighttime, I'm not afraid to play [N.W.A.'s] 'Straight Outta Compton.' "

Still, every Rubin-led spin class ends the same way: You're told to pedal as fast and as hard as you can, because the finish line is right around the corner. The soundtrack for this epic finale? "Born This Way" by Lady Gaga.

"It's cheesy," Rubin says, "but especially at the end of cycling class, the endorphins are going so big that you're allowed to be a little cheesy."