Accessibility links
Helicopter Parents Hover In The Workplace So-called helicopter parents have hit the workplace, phoning employers to advocate on behalf of their adult children. Human resource managers say more parents are trying to negotiate salary and benefits and are even sitting in on job interviews. 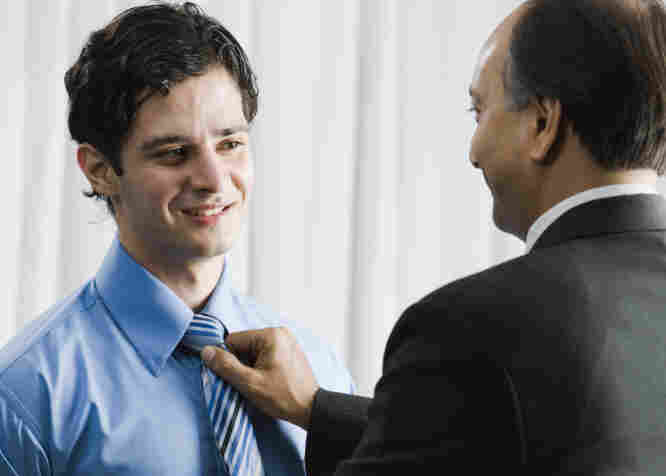 As the millennial generation enters the workforce, employers report that parents are taking an increasingly active role advocating on behalf of their children. Images Bazaar/Getty Images hide caption 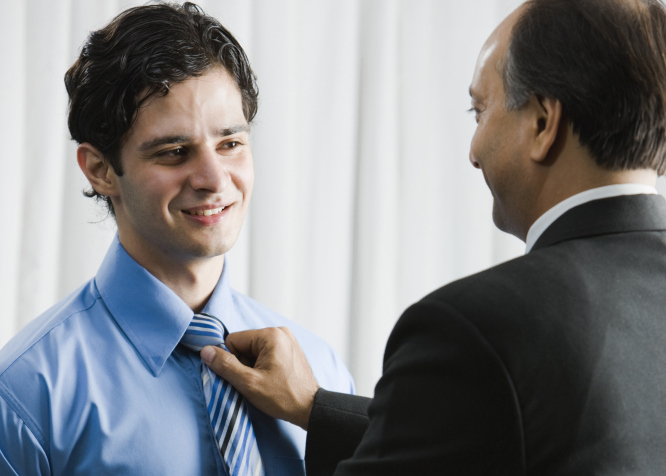 As the millennial generation enters the workforce, employers report that parents are taking an increasingly active role advocating on behalf of their children.

So-called helicopter parents first made headlines on college campuses a few years ago, when they began trying to direct everything from their children's course schedules to which roommate they were assigned.

With millennial children now in their 20s, more helicopter parents are showing up in the workplace, sometimes even phoning human resources managers to advocate on their child's behalf.

Megan Huffnagle, a former human resources manager at a Denver theme park, recalls being shocked several years ago when she received a call from a young job applicant's mother.

"An employee was hired as an IT intern, and the parent called and proceeded to tell me how talented her son was, and how he deserved much more [compensation], and that he could make much more money outside of this position," Huffnagle says.

Despite the pressure, Huffnagle stood firm, and the young man ultimately accepted the job. But the new employee was embarrassed by his mother's phone call, Huffnagle says. "I think there was a little bit of the roll of the eyes and a bit of a blush," she recalls.

Margaret Fiester of the Society for Human Resource Management says many parents' efforts to help their adult children in the workplace can backfire. Signs you might be overly engaged in your child's professional life:

Margaret Fiester of the Society for Human Resource Management, or SHRM, says when it comes to parents acting as lobbyists, she's heard it all — from parents calling to negotiate better salaries or vacation time for their kids to complaining when their child isn't hired. "Surely you've overlooked these wonderful qualities that my child has," Fiester says parents often tell her.

Michigan State University surveyed more than 700 employers seeking to hire recent college graduates. Nearly one-third said parents had submitted resumes on their child's behalf, some without even informing the child. One-quarter reported hearing from parents urging the employer to hire their son or daughter for a position. Four percent of respondents reported that a parent actually showed up for the candidate's job interview.

Those types of interventions can backfire, says Feister. "It definitely does not show great leadership or decision-making skills," she says.

Feister says SHRM advises its members that talking to a parent about issues like salary or benefits does not necessarily violate an employee's privacy. On the other hand, she says, it's perfectly legitimate for a company have a policy of speaking only with the employee or prospective employee.

'Get The Parents On Your Side'

If some observers are troubled by this trend, others are urging businesses to accept it.

"You don't want to block the energy of the parent," says Neil Howe, who studies and consults on generational trends for the company LifeCourse Associates. "It's like jujitsu. You just want to channel it in a certain direction."

You don't want to block the energy of the parent. You just want to channel it in a certain direction.

Howe says boomers are incredibly close to their children, and in his opinion, that's a good thing.

Besides, Howe says, there's little point in resisting engaged parents. School teachers initially tried to push back against helicopter parents a decade ago, Howe notes, but ultimately learned it was counterproductive.

"Every time a teacher [resisted], that parent, who was so attached to their kid, would become that teacher's worst enemy," Howe says.

Today, Howe says, many schools now reach out proactively to parents, going so far as to offer online homework programs that allow parents to monitor a child's progress. Colleges have also adapted, he notes, some even creating an Office of Parent Relations.

Howe says working with engaged parents is often the better approach. "Maybe you can make the parents allies," he says.

"The kids are calling them; they may be living with them; they're relying on the parents for their advice. Why don't you get the parents on your side?"

Parents are "an influencer," Artim says. "So if they feel more comfortable that it's a solid, stable, growing company with a lot of opportunities, and a good culture and people who care, they're going to feel better about encouraging their son or daughter to consider it."

To that end, Enterprise is happy to send parents the same recruitment packages it sends their children. And when Enterprise interns present their final projects and are considering full-time positions, parents are invited in.

Other companies have even organized a "Take Your Parent to Work" day, to give moms and dads a peek at what child does at the office.

But like many employers, Enterprise does not allow parents to sit in on job interviews. And when a parent shows up at a college career fair to hand out a child's resume? Artim offers a gentle but firm message.

"While we appreciate what you're trying to do," she says, "actually your son [or daughter] would be much better off by showing the initiative, and focusing and committing to their career search themselves."

A solid job hunting tip for both generations.