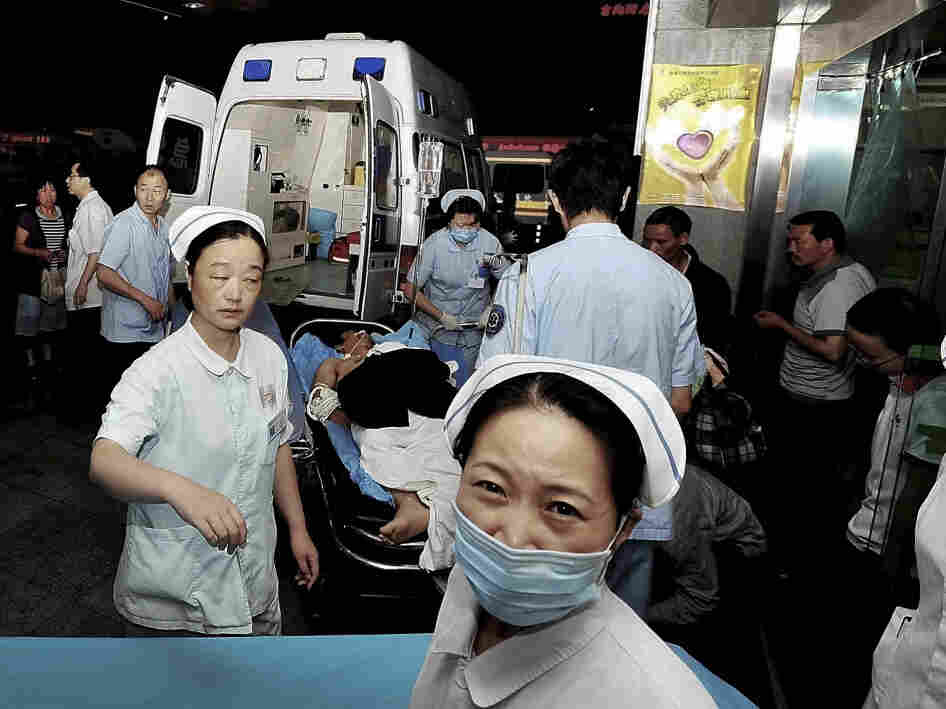 An injured man arrives at a hospital in Chengdu on a stretcher following an explosion at an electronics factory owned by Foxconn Technology Group, which makes many Apple products. Poor working conditions and low pay at such factories has made many consumers push for Apple to contract work more selectively. AP hide caption 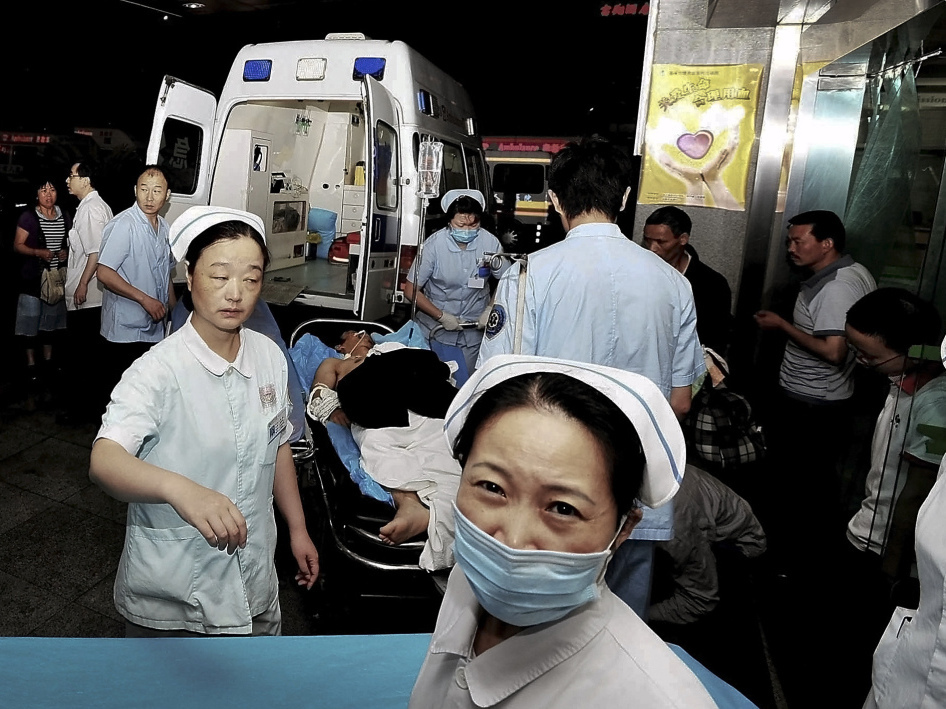 An injured man arrives at a hospital in Chengdu on a stretcher following an explosion at an electronics factory owned by Foxconn Technology Group, which makes many Apple products. Poor working conditions and low pay at such factories has made many consumers push for Apple to contract work more selectively.

It's hard for those who have an iPhone, iPad, or iPod to describe what the device is worth to them, but it may be harder to measure the human cost of manufacturing Apple products.

In the past few weeks, reports have surfaced about poor working conditions in Chinese factories that manufacture Apple products. FoxConn Technology, which Apple contracts to make its products, has been accused of exposing workers to toxic chemicals, hiring underage workers, and improperly disposing of hazardous materials.

But Apple isn't the only company that's got an imperfect track record in workplace safety, and some, including Nicholas Kristof has said that employers like FoxConn have actually improved living conditions for workers who were once largely destitute farmhands.

"Apple has a unique position because of its scale and its design influence," says Rafe Needleman, an editor with the technology site CNET.

"But," he tells Michel Martin, host of NPR's Tell Me More, "The concept of the mega –factory being staffed by thousands, tens of thousands of workers is not unique to Apple."

In May, two explosions in an iPad factories left four dead and 77 people injured, but it wasn't until the New York Times described conditions at Apple factories that CEO Tim Cook wrote to his employees with a promise to improve conditions.

"We care about every worker in our worldwide supply chain," he wrote. "Any accident is deeply troubling, and any issue with working conditions is cause for concern."

While Apple has taken efforts to improve what it calls "Supplier Responsibility," there are economic forces that slow significant change, says Needleman.

"Apple has an incredibly high profit margins," he says. "The could take some of those profits and funnel them back in to improving working conditions."

Apple's profit margins have widened in recent years to over 30 percent, while Foxconn's have narrowed to around 1.5 percent.

To make any real change, Apple will eventually have to take a hit to its profitability. Rotating tasks among workers might help prevent repetitive motion injuries, for example, but it will rake up costs in training and logistics.

But Needleman says many consumers might be willing to pay more for a product that doesn't come at the expense of human lives and livelihoods.

"Consumers who get up in arms about something and say, 'hey, I'll pay $50.00 more for an iPhone that isn't breaking the back of somebody," he says. "That could make a difference."

And some of them are trying to do just that. A petition on Change.org calls on Apple to release a worker protection strategy and go public with independent reports about factory conditions. It was posted on Jan.31, and it's already gotten 181,026 people to sign.