Accessibility links
UC Students Propose Alternative To Tuition Increases Tired of tuition increases within the cash-strapped University of California system, a group of students has suggested eliminating tuition entirely. Instead, they propose that graduates pay the system a percentage of their income over the subsequent 20 years. 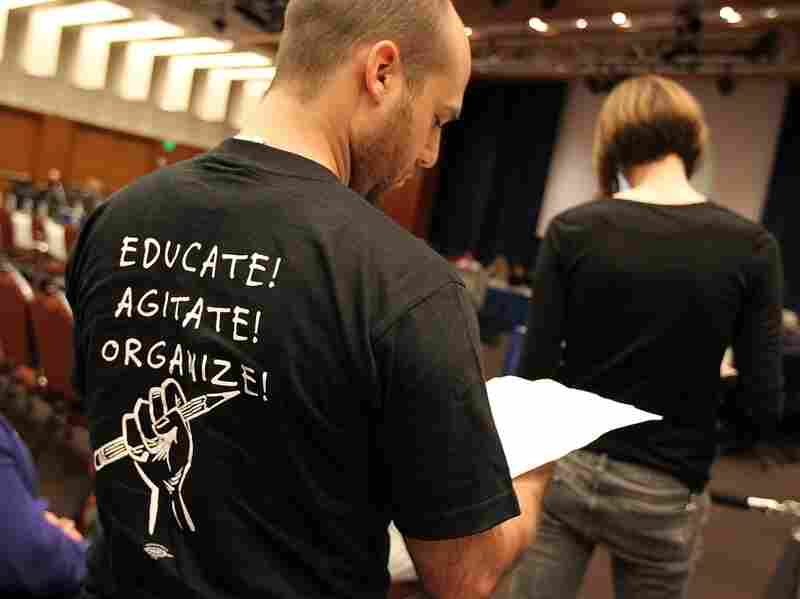 A student prepares to speak in opposition to proposed tuition increases at a University of California Board of Regents meeting in July 2011. Justin Sullivan/Getty Images hide caption 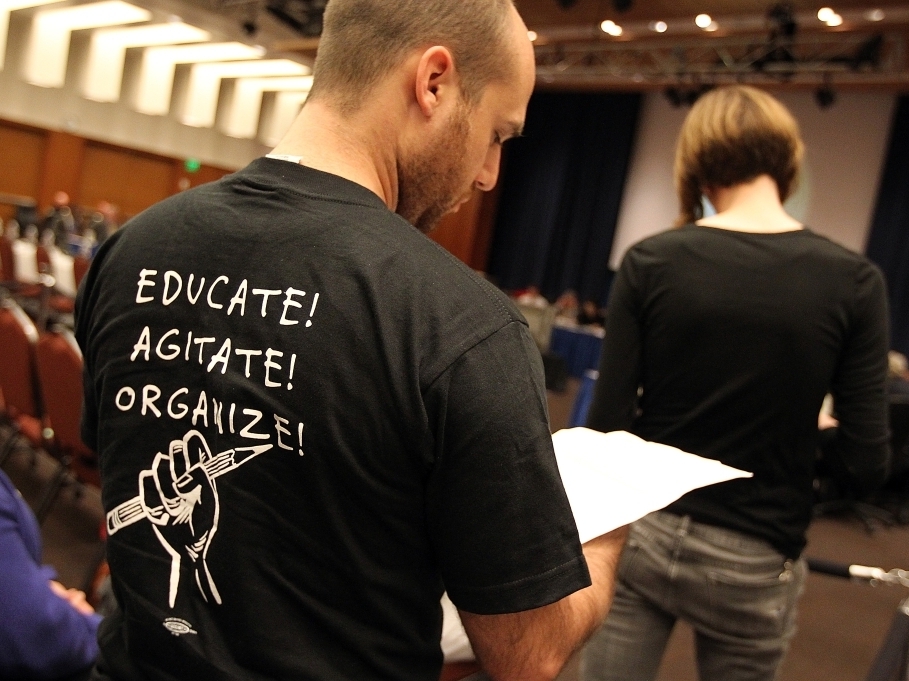 A student prepares to speak in opposition to proposed tuition increases at a University of California Board of Regents meeting in July 2011.

Chris LoCascio, a junior at UC Riverside, feared that there was no end in sight for tuition increases at the University of California. The state kept cutting subsidies, students kept protesting, but no one had any answers. So he and other students decided to turn the discussion on its head.

What if, he says, "instead of charging students upfront for their education, students would attend the UC with no upfront costs whatsoever"?

Under the Fix UC proposal, the bill would not come due until students graduate and start making money.

"Under our proposal, students would pay 5 percent of their income for 20 years" following graduation, Locacio says.

Fix UC recently presented the idea to the university regents. The idea is that students would have a dependable bill to pay, rather than wrestling with unpredictable tuition increases and rising debt.

Not A New Idea

It's an appealing idea to some, but not a brand new one.

Bob Shireman of the nonprofit group California Competes says conservative economist Milton Friedman wrote about similar concepts in the 1950s, saying education should be seen as an investment. 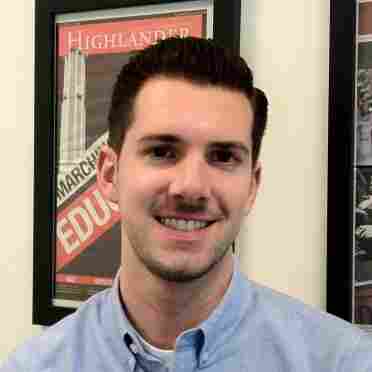 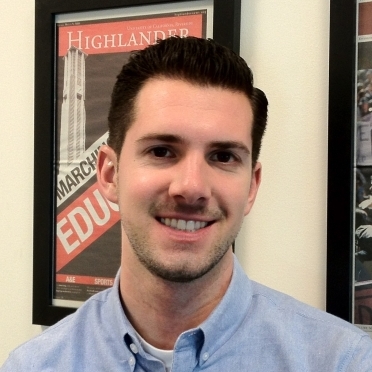 University of California Riverside junior Chris LoCascio has led an effort to reform how UC students pay for college.

"He suggested the government should provide people with money for college, and then charge them a percentage of their income later," Shireman says.

He points out that New Zealand, Australia and the U.K. have all invested in variations on this theme. But the UC proposal raises a number of questions. It functions essentially like Social Security, in that the earnings of graduates would cover the tuition costs of the next generation.

But what if there's a baby boom, Shireman asks, or if UC grads simply don't earn enough money to cover the university's operating costs?

"If, over time, it was not bringing back in the money to repay," Shireman says, "the investors would then rethink and the deal would have to be renegotiated."

University of California President Mark Yudof recently said he's open to the Fix UC proposal in principle. But, he says, "in its current form, it's frankly unworkable."

In its current form, it's frankly unworkable.

Yudof says it's difficult to see how a state system could track earnings from workers who might move around the country or overseas. In addition, the Fix UC proposal would reduce the state's contribution to the university.

Legislators may like that idea, Yudof says, but severing that link could be dangerous.

"I really do prefer that the taxpayers pay their fair share — that we not treat higher education as a complete private good, in the sense that only the direct beneficiaries pay for it," Yudof says.

The Fix UC proposal envisions a minimum for state contributions. Despite these concerns, Yudof says the Riverside students' proposal would reach out to the segment that has suffered the most: middle-class families who don't benefit from many aid programs.

"Having a loan program with income-adjusted repayment is a very appealing way to make sure that the middle class continues to have access to higher education," Yudof says.

He says he welcomes fresh thinking that might escape the spiral of declining state aid and increasing tuition.