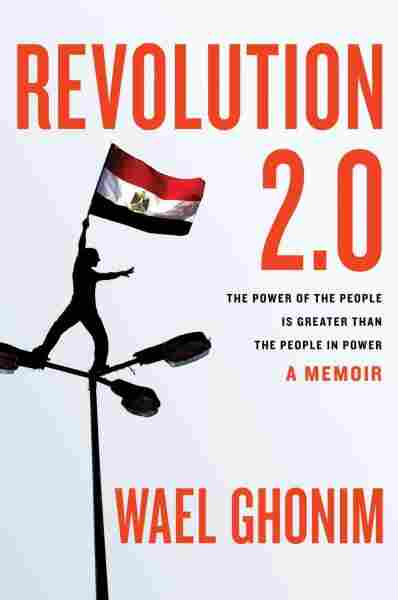 When thousands of Egyptians began to gather in Tahrir Square in preparation for the planned Jan. 25, 2011, uprising, then-President Hosni Mubarak's beleaguered regime responded with familiar brutality and thuggery. And then, it made a tactical error: it clamped down on Facebook and Twitter.

"The regime's decision to block these two websites," writes Internet activist Wael Ghonim in his book, Revolution 2.0, "was a grave mistake." The Egyptian people sensed desperation in the state's actions — and proof of their own strength.

In the early hours of that "Night of Rage," Ghonim wrote on the Facebook page he managed, "It is the beginning of the end."

In Revolution 2.0, a memoir-cum-manifesto, Ghonim offers an insider's account of the days of anticipation and the exhilarating release that came with Mubarak's departure — as well as his own trajectory from marketing executive to one of the most recognizable faces of the revolution.

During the buildup to the protests, Ghonim had been living in Dubai, working at Google's Middle East office. When Khaled Said, a 28-year-old man from Alexandria, was killed by two Egyptian security officers and a photograph of his brutalized face began circulating on the Internet, Ghonim seized upon it as an opportunity to call for an end to corruption and torture at the hands of the government. He proposed a protest on Jan. 25 through a Facebook page called Kullena Khaled Said ("We Are All Khaled Said").

Ghonim identified himself only as "administrator" on the Kullena Khaled Said page, and he used a proxy program called Tor that constantly changed his IP address, placing his location in different countries. Almost no one knew Ghonim's identity or where he was operating from — or so he believed. Through his work online, Ghonim met other activists, including some affiliated with groups like the Muslim Brotherhood, and began forming the network that would topple a dictator who had ruled for three decades. 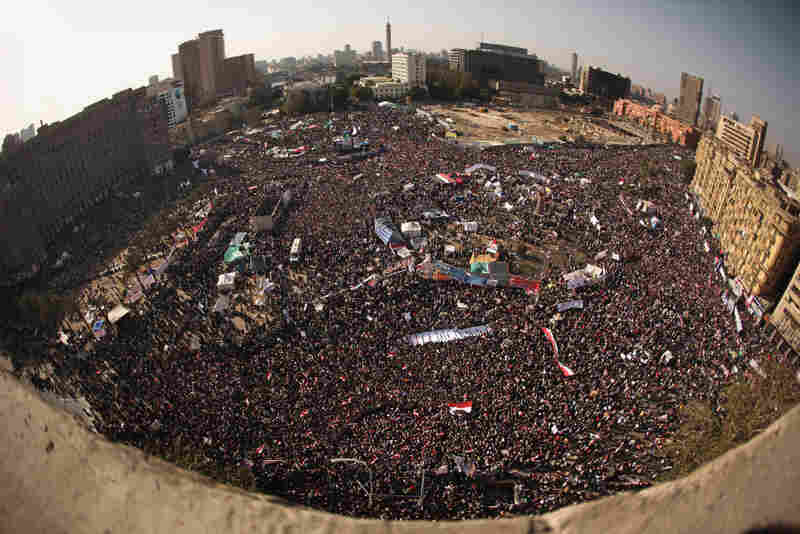 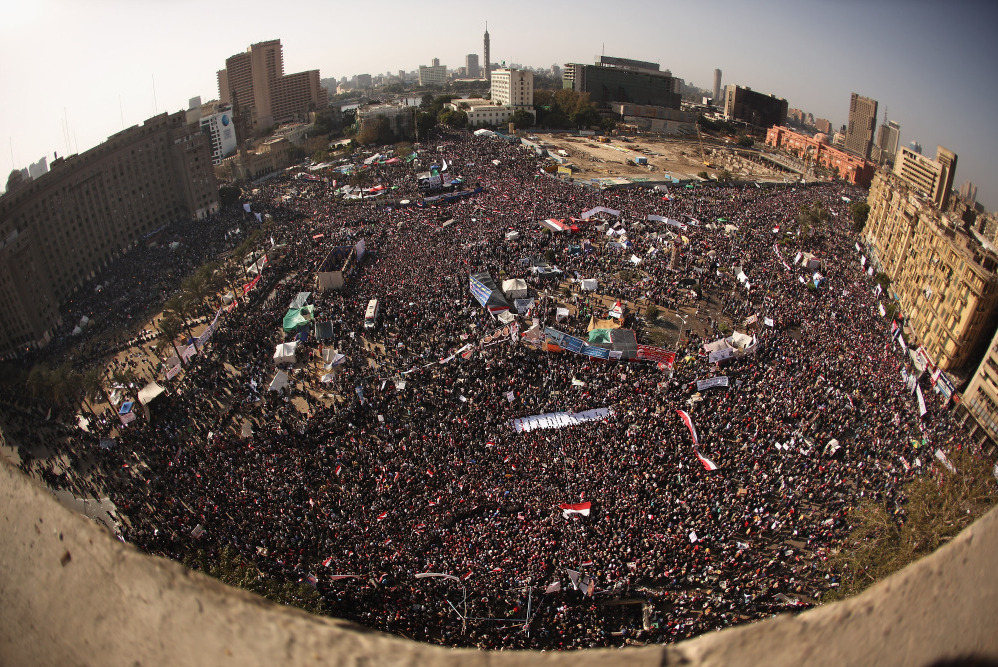 Egyptians gather in Tahrir Square to mark the first anniversary of the Jan. 25 revolution.

There is an unavoidable lacuna in this otherwise vivid account. On Jan. 28, Ghonim was nabbed by Egyptian State Security. He was held, blindfolded, in a basement cell for 11 days. So, although his account of the aftermath of the uprising is diligent and detailed, it's cobbled from secondhand accounts and lacks the immediacy and color of in-the-moment narratives supplied by such writers as Ahdaf Soueif, whose diary of those tumultuous days, Cairo, was published recently.

Revolution 2.0 excels in chronicling the roiling tension in the months before the uprising, the careful organization required and the momentum it unleashed. Ghonim makes up for the lack of eyewitness detail by taking a broad overview and presenting a manifesto on the capacity of social media to transform a society.

Wael Ghonim is an Internet activist who helped energize the 2011 pro-democracy demonstrations in Egypt.

Ghonim is careful to emphasize that chatter on Facebook cannot by itself create social change ("History is made on the streets, not on the Internet"), but he is unabashed in his belief that sites like Facebook, by connecting people to each other, can create conditions in which they can overcome fear.

In his exhortations, Ghonim can sound a bit like a Gandhi with an M.B.A. He is concerned about the people, sure, but he also tends to think of them as a "target audience," and his observations on the revolution are littered with vague homilies taken from a management manual: "This was the Revolution 2.0 model: no one was the hero because everyone was the hero." Instead of marching to the sea to oppose harsh laws, he starts a Facebook page to mobilize protest. He does not go on fasts; he tweets. This eclectic rhetoric and orientation are, surprisingly, the great strength of Revolution 2.0. Its approach — inherently plural, modern and pragmatic — augurs well for a society on the brink of an uncertain future.

Read an excerpt of Revolution 2.0

Amitava Kumar is the author, most recently, of A Foreigner Carrying in the Crook Of His Arm a Tiny Bomb.