Accessibility links
Milestone At University Of Michigan: Muslim Chaplain Even though the number of Muslim students pursuing higher education is growing, very few colleges have Muslim chaplains. This semester, the University of Michigan became the first public school with a Muslim chaplaincy, but the position is privately funded to maintain a separation of church and state. 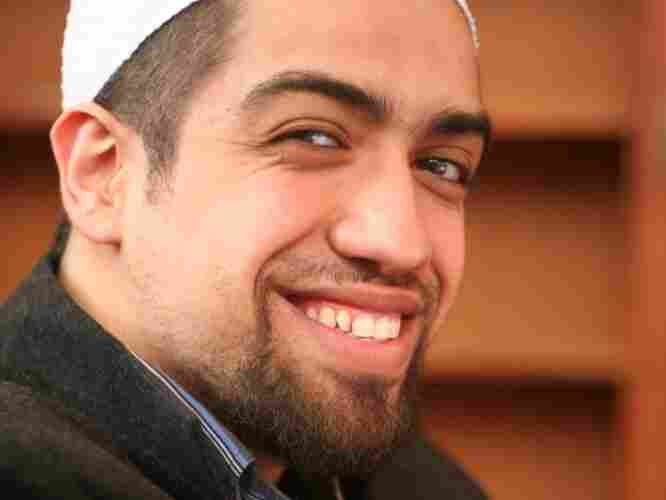 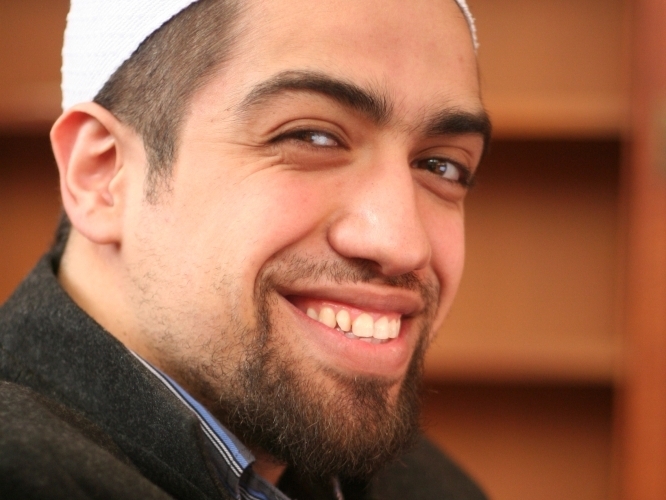 Mohammed Tayssir Safi began as the Muslim chaplain at the University of Michigan this semester. His position is the first endowed Muslim chaplaincy at a public university.

Although the population of Muslim students is growing, there are only about 30 Muslim chaplains at colleges across the country. This semester, the University of Michigan became the first public university with an endowed position for a Muslim chaplain.

"Muslims need to rely on somebody through times of hardship," says Mohammed Tayssir Safi, who was recently hired for the chaplaincy. The university has an estimated 850 Muslim students on campus.

The transition to college can be hard for Muslim students, who often come from tight-knit immigrant communities centered around mosques. Keeping their faith can be challenging because college life can glorify alcohol and premarital sex, which are forbidden by Islam.

At a gathering of Muslim students at a Middle Eastern restaurant, Safi says, "There's not a solid environment where a Muslim feels — perhaps 'safe' is the right word, not from violence but safe as in they feel safe and at home in being able to express themselves and who they are."

Although he'll work with students, Safi's salary won't be paid by the university.

"The university is very supportive of the idea, but they can't lend even a penny toward the cause because of separation of church and state," says Chris Abdur-Rahman Blauvelt, chairman of the Michigan Muslim Alumni Foundation.

Blauvelt reached out to fellow alumni and parents for donations through a crowd-funding campaign and raised $30,000 in a matter of months.

With enough money for a part-time salary, Safi was hired. He's now one of about 90 religious counselors on campus. They represent a long list of Christian groups, a number of Jewish ones and a Hindu mission.

Reid Hamilton, president of the university's Association of Religious Counselors, says it's about time Muslims were represented in a professional capacity.

"I think it's vital that they be part of the whole religious conversation here on campus," he says. 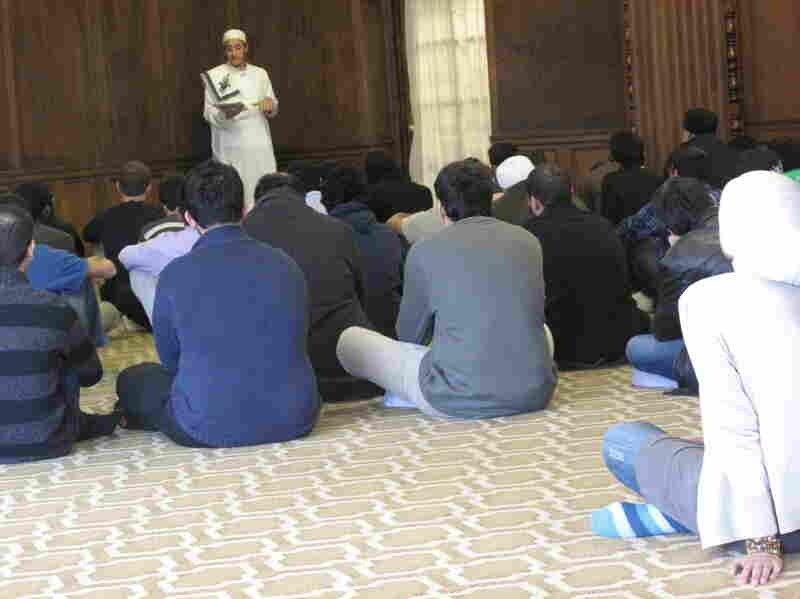 Until now, Muslim students have found ways to meet religious needs on their own. They organize prayers in a mahogany-lined meeting room that serves as a makeshift mosque on Friday afternoons.

After slumping off book bags and slipping off shoes, the students settle into neat rows to listen to a sermon that is part of Friday prayers.

But the service isn't led by the chaplain. Instead, 19-year-old Mohamad Omar Hadied delivers a sermon — after swapping his Michigan T-shirt for a long white tunic. Hadied and other students take turns leading services.

"None of us are scholars," the neuroscience major says. "I'm just a student that did some research. I don't know; I don't have all the answers."

Helping students find the answers will be a part of Safi's job.

Safi's role matches that of a counselor and advocate more than that of an imam, which is why students decided to continue leading services on their own. This way, the chaplaincy will remain open to both genders, since Islam doesn't allow women to lead men in prayer.

Regardless of gender, a chaplain needs to relate to students, which Safi says he'll have no problem doing.

"I do feel at home in Ann Arbor," he explains, "not just because I went to school here, but because I grew up here. And I hope that I can serve that population."

Many Muslim students are eager to meet with the chaplain.

Safi says he's looking forward to answering questions posed by students — and not just Muslim ones.

The audio of this story, as did a previous Web version, gives an estimate of 1,700 for the number of Muslim students on the University of Michigan campus. A more accurate estimate is 850.