Accessibility links
Donald Hall: A Poet's View 'Out The Window' The 83-year-old former poet laureate reflects on how life has changed as he's grown older. "My body causes me trouble when I cross the room, but when I am sitting down writing, I am in my heaven — my old heaven," he says. 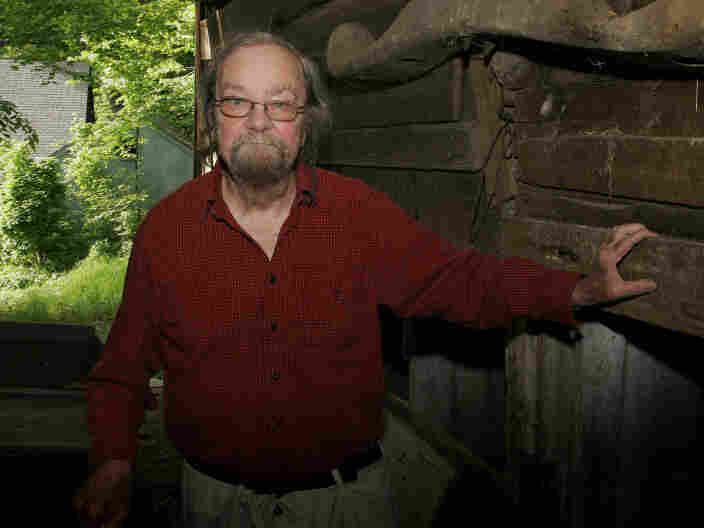 Donald Hall stands in the barn of the 200-year-old Wilmot farm that has been in his family for four generations. His latest poetry collection is called The Back Chamber. Jim Cole/AP hide caption 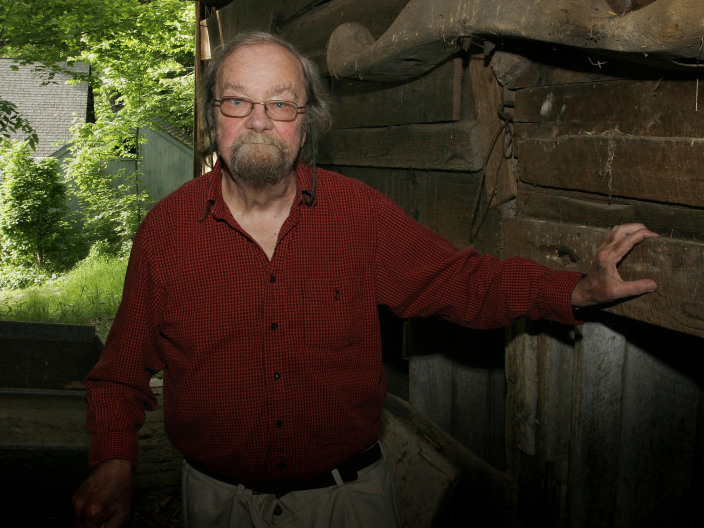 Donald Hall stands in the barn of the 200-year-old Wilmot farm that has been in his family for four generations. His latest poetry collection is called The Back Chamber.

Poet Donald Hall spends much of his time in his blue armchair, looking at the landscape out his window. The 83-year-old former poet laureate has lived for years on the same New Hampshire farm that his grandparents used to own, and still writes in the room he slept in as a child.

In his recent New Yorker essay "Out the Window," Hall reflects on the view out his window that has both changed — and remained the same — throughout his life. He also contemplates how things have changed for him as he's grown older.

"However alert we are, antiquity remains an unknown, unanticipated galaxy," he writes. "It is alien, and old people are a separate form of life. ... They can be pleasant, they can be annoying, ... but most important they are permanently other. When we turn eighty, we understand that we are extraterrestrial. ... People's response to our separateness can be callous, can be good-hearted, and is always condescending."

Hall tells Fresh Air's Terry Gross that he was recently in Washington, D.C., to receive the National Medal of Arts. Before the ceremony, Hall and his companion, Linda, decided to visit the National Portrait Gallery. They stopped in front of a sculpture created by Henry Moore, the subject of a 1965 New Yorker profile written by Hall.

"I can't stand for long, so my friend Linda was pushing me in a wheelchair, and at one point the guard came over and told us that this sculpture was a Henry Moore," he recalls. "My friend Linda thought of mentioning to him that I knew Moore pretty well, but we didn't ... and we went onto other things."

After lunch, they ran into the same guard, who asked Linda if she had a nice lunch and then leaned in closer to Hall's wheelchair.

"And he had an idiot grin and pointed a finger at me and said, 'Did we have a nice din-din?' " recalls Hall. "It was amazing. ... He talked baby talk at me. ... I was taken aback, totally taken aback and amused that he should make such a mistake. I wouldn't talk baby talk like that to a baby. Here he was, talking baby talk to an 82-year-old."

Hall says he no longer drives and laments his diminishing physical abilities, but still writes and remains cheerful.

"For 4 1/2 years now, I've hardly had a sad thought, except to curse a bit at my own clumsiness," he says. "... I am physically handicapped, but I can sit at my chair and work at my writing, and I want to do it every day. I enjoy it. I have to do draft after draft. ... It takes me a long time, but I love doing it, and I have to do it every day or I feel slack."

But Hall says he's now writing prose instead of poetry. That, too, is a function of growing older.

"It used to be that phrases and lines would come into my head, often many of them in a period of five days or a week, and maybe I didn't know what I was talking about, but the words had a kind of heaviness or deliciousness to them," he says. "That's decreased. It's become less frequent until finally over the last few years, there's been none of that." 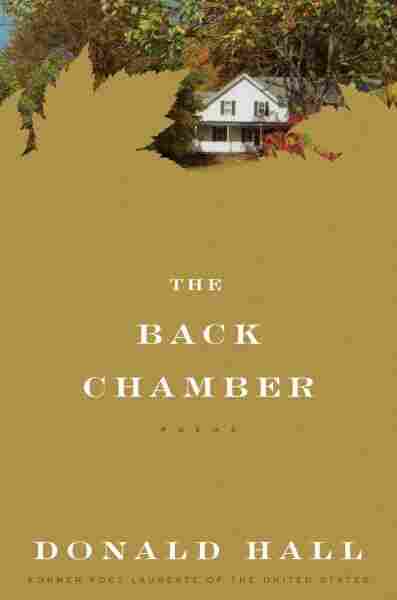 On the most unanticipated part of growing older

"I don't mean to sound superior, but when I was a young man, like 60, I looked at 83-year-olds as if they came from another galaxy. And now I find myself being seen that way. ... In general, sometimes I don't exist. People don't see me. I know I would have been like that [when I was younger], but it is weird to be in that position."

"As long as I can do my work and continue to enjoy myself working on words, as in this essay ["Out the Window"], I feel fulfilled. My body causes me trouble when I cross the room, but when I am sitting down writing, I am in my heaven — my old heaven. I began writing when I was 12, I don't think very well. But I've been doing it my whole life. It's been the center of my life, with loves and children, but writing is something I have that not everyone has that I adore."

On living in his grandparents' house

"It's an enormous comfort, which is only interrupted by sad thoughts. I don't mean I'm cheerful every minute about what happens to the house after I die. I live with more bookcases and with crazy pictures on the walls in the same rooms where I spent this delectable childhood, and it is wonderful. I really always wanted to live here. I didn't think I could ever afford to live here. I came to visit my grandmother as she got to be very old, but it seemed out of reach with what I do for a living. Then I married [the late poet] Jane Kenyon and we came here to visit; and she was born and grew up in Michigan, and fell in love with the house, the landscape, what she could see of the social mores of the country. She wanted to live here."

On getting comfort from the idea of his books outliving him

"I can't say it does. I have hope, but I do not have anything like conviction or knowledge that they will. I have been alive too long among too many writers ... who have died, and they are not thinking of afterwards. Having some success in your life doesn't mean that your work will endure. In an almanac, look at the list of winners of the Pulitzer Prize over the last 60-70 years and see how many names you remember. It's chilling. I can hope, I can daydream, but certainly think that the chances of me being read 50 years from now or 100 years from now are probably not good. That cannot be your only end. You can not write to be immortal because you will never know. It's impossible. Just write as well as you can and don't speculate about whether you will be Chaucer or Shakespeare."

Poems From 'The Back Chamber'

When love empties itself out,
it fills our bodies full.

For an hour we lie twining
pulse and skin together

like nurslings who sigh
and doze, dreamy with milk.

Snow rises as high as my windows. Inside by the fire
my chair is warm, and I remain compounded of cold.

It is unthinkable that we will not touch each other again.

As the barn's bats swoop, vastation folds its wings
over my chest to enclose my rapid, impetuous heart.

It is ruinous that we will not touch each other again.

Ten miles away, snow falls on your clapboard house.
You play with your children in frozen meadows of snow.