Accessibility links
Like Punk Rockers, Sabre Fencers Are 'Kind Of Crazy' There are three weapons in fencing: epee, foil and sabre. Mariel Zagunis is the best woman in sabre, having won Olympic gold medals in 2004 and 2008. Zangunis says sabre fencers are the "punk rockers" of her sport — they are aggressive, explosive and a little crazy. 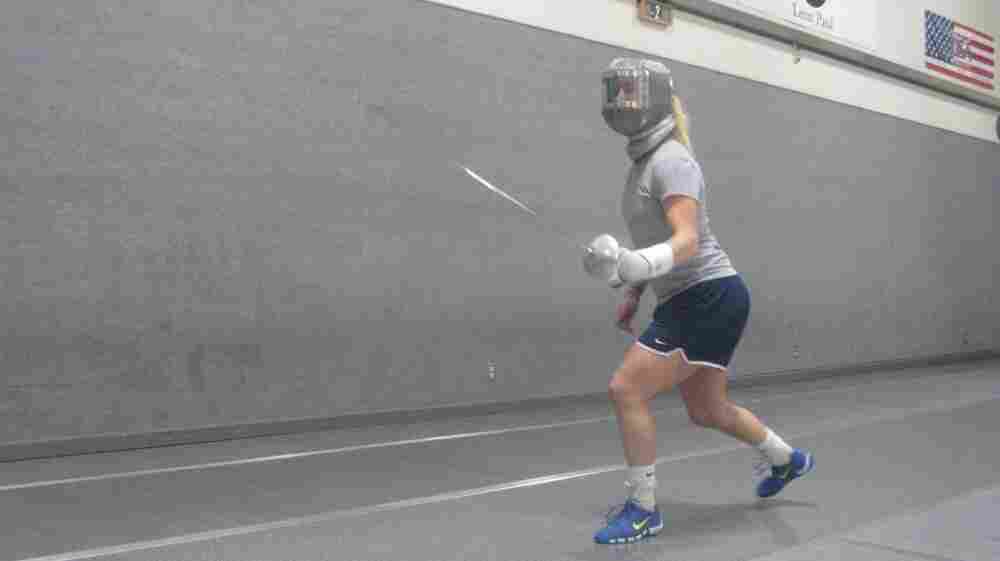 There are three weapons in fencing: epee, foil and sabre. Mariel Zagunis is the best woman in sabre — she won Olympic gold medals in 2004 and 2008.

To understand the world of Zagunis' weapon of choice, it may be more apt to consult the Sex Pistols rather than a fencing historian. That's because sabre fencers, Zagunis says, are the "punk rockers" of her sport.

"You have to be more aggressive and explosive and kind of crazy," she says. "I think that kind of plays into our personality."

Lesson For A Champion

At the U.S. National Sabre Training Center, she's moving along a fencing strip opposite her longtime coach Ed Korfanty. One of them stutter-steps and lunges, while the other retreats. Then they go back the other way.

It's part of Zagunis' daily lesson. Despite two golds, countless other medals and trophies, plus a current No. 1 world ranking, she still has a 45-minute to one-hour lesson each weekday. 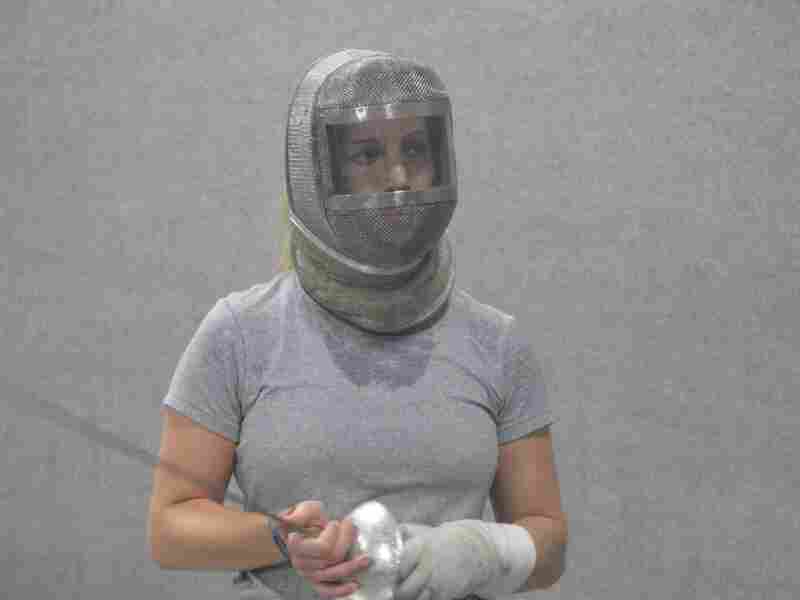 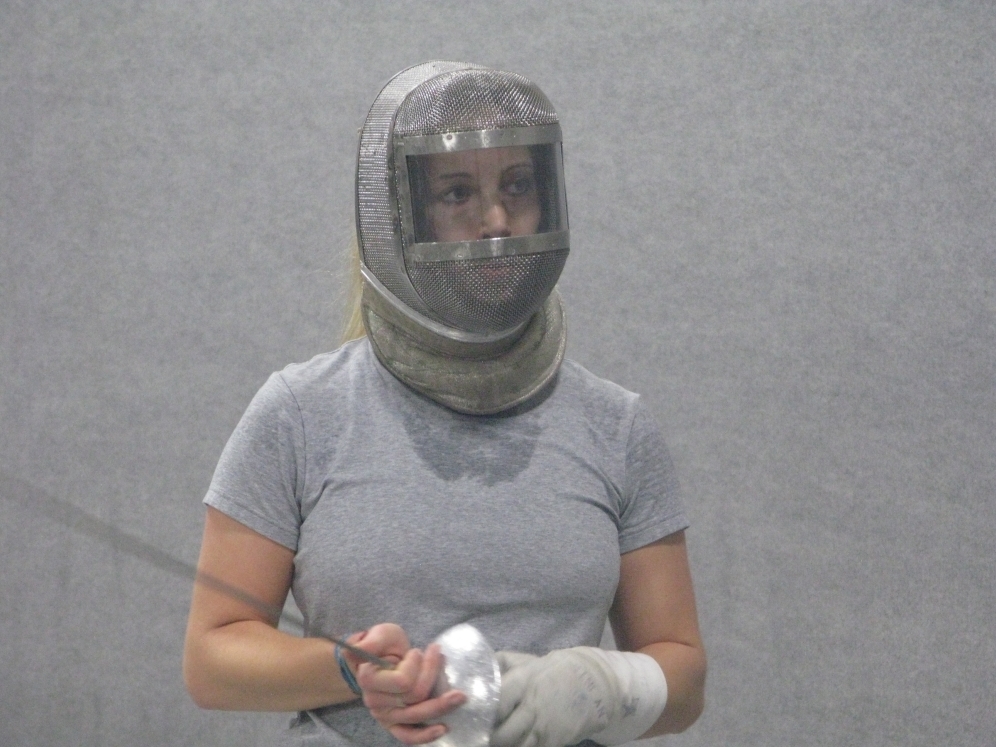 Mariel Zagunis during a recent training session in Portland, Ore. Zagunis won gold medals in women's sabre fencing at the 2004 and 2008 Summer Olympics.

"She likes to feel like she's executing actions perfectly," says Korfanty. "This is her routine now."

'Chess On The Strip'

Korfanty, 60, was a 10-time national team member in his native Poland. He ended up training young fencers in Portland — that's where he met and started working with 12-year-old Mariel Zagunis. That was 14 years ago.

Zagunis played competitive soccer then, too. She ultimately gave that up for the more cerebral game — fencers call their sport "chess on the strip." Zagunis recalls the chesslike qualities of her bout with fellow American Becca Ward in the semifinals at the 2008 Beijing Olympics.

"It really came down to knowing what her tendencies were, knowing what she thinks she can use against me and not letting her do that," Zagunis says, "while at the same time executing something different. I had to mix it up. You're four or five steps ahead."

Four or five steps ahead at warp speed. Sabre features fast footwork and often quicker bouts than in epee and foil.

And for Zagunis, the former left-midfielder, a successful move in sabre can be as much of a rush as a goal on the soccer field.

"If someone's attacking you and you're in defense," she says, "they finish their attack and you just block it and hit them just like boom-boom! That's always a good feeling."

Zagunis keeps her Olympic gold medals at her parents' house near Portland. For her mom and dad, the Olympics aren't just a vicarious thrill they get through their daughter. They both competed in rowing at the 1976 Montreal games.

Zagunis' gold medals were both a bit of a surprise — at least to observers. In 2004, Zagunis was added to the U.S. team at the last minute. She was hardly a favorite. Then in 2008, she didn't perform well in the run-up to the Beijing Olympics.

London will be different. She's No. 1 in the world, and now she is the favorite. But Zagunis is ready to deal with that pressure and create a little anarchy in the U.K.