Accessibility links
States Debate Foreclosure Robo-Signing Settlement California, New York and a handful of other states have yet to sign on to a deal with mortgage lenders that would resolve the "robo-signing" issue. Lenders have pledged $25 billion to reduce outstanding mortgages, but some states say the deal doesn't go far enough to protect consumers. 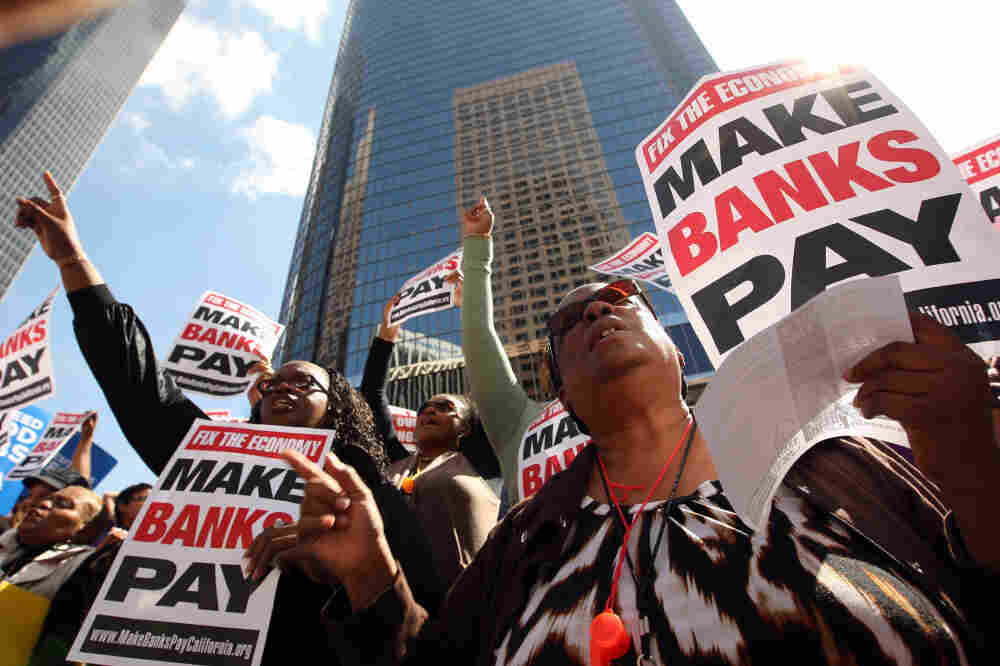 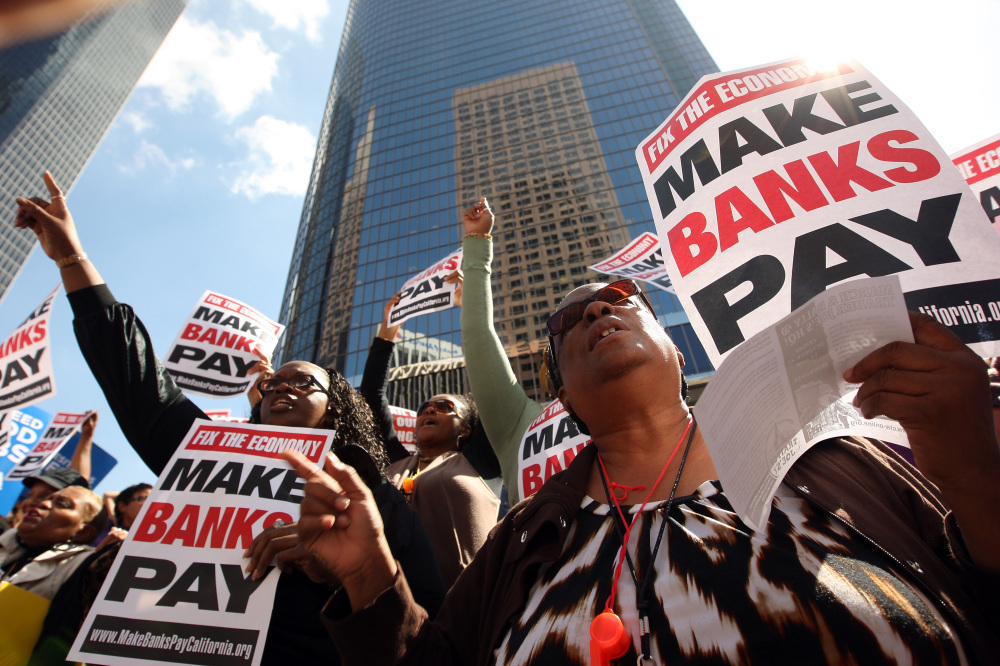 A year ago, banks admitted to abusing the foreclosure process — using fake signatures to power through foreclosure documents — a practice known as robo-signing. Now, five major banks and more than 40 state attorneys general have agreed in principle to a broad settlement that they say will help homeowners.

But some states, including high-foreclosure states like California and Nevada, have been holding out and negotiating for a better deal. They're concerned that the agreement wouldn't help consumers enough, and banks would be immune from future lawsuits. Late Wednesday, there were wire-service reports that the holdout states were close to a settlement deal that could be announced as early as Thursday.

A lot of these states weren't happy with the whole process. They say they wanted to do full investigations to gauge the full extent of the possible fraud before even starting to negotiate a settlement.

NPR's Yuki Noguchi and All Things Considered co-host Audie Cornish discuss where things stand with this case, and the likely outcome.

Yuki Noguchi: It's a deal that will extract some penalties from the banks — about $25 billion — if all states sign on. In exchange, the banks will get what's known as a "release," sort of like an immunity, from lawsuits regarding how they handled some home loans.

Cornish: Who would actually benefit from the money the banks would pay? Where would it go?

Noguchi: Most of the money — $20 billion — would go toward writing down principal payments for homeowners who were not foreclosed upon, but who are struggling now. There could be a million such homeowners eligible. The way it would work is that the banks would have targets they have to meet, in terms of what kinds of loans they would have to modify. But the banks would still have a lot of discretion in who gets what.

And there's another $5 billion in cash, part of which would go to the states to help fund homeowner assistance programs. Some of the rest would go to homeowners who may have been wrongfully foreclosed upon. For them, it's up to $2,000 each, which is not much if you lost your home.

Cornish: So, if I'm "underwater" — my home loan is more than what my house is worth — can I still get help from this? Could I refinance, for example?

Noguchi: Basically, banks have a menu of options they can choose from. They can help someone like you refinance in this scenario. They might write down principal of your mortgage, or forgive a home equity loan. And they get a certain amount of credit toward that $20 billion target. And if they don't meet that target, there will be penalties they have to pay. 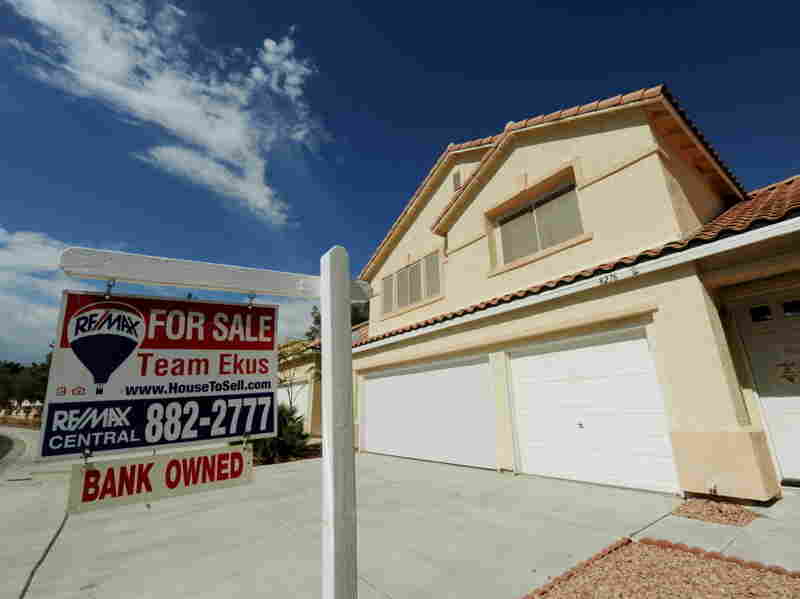 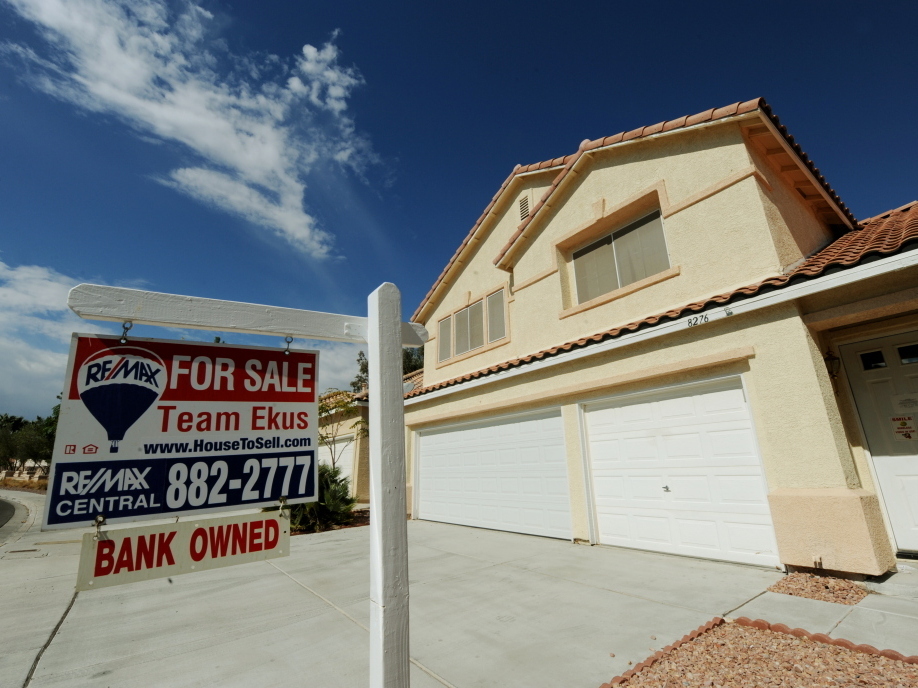 A bank-owned foreclosed home is offered for sale in Las Vegas.

Cornish: States including California and New York have at times left the negotiations because they were concerned that banks would get too much immunity in exchange for this deal. Is that still an issue?

Noguchi: Yes, but the differences are narrowing. Banks would still get pretty broad immunity with this settlement. If all the states sign on, banks will not face suits about how they originated these loans — any sort of subprime or predatory lending practices. Also, this would cover them against any suits regarding that robo-signing issue, where mortgage companies signed false affidavits in order to speed up the foreclosure process, which was what started this whole process in the first place.

Cornish: Now let's talk about the holdout states, which also include Massachusetts and Delaware. Why have they been holding out?

Noguchi: A lot of these states weren't happy with the whole process. They say they wanted to do full investigations to gauge the full extent of the possible fraud before even starting to negotiate a settlement. But now they worry this settlement could tie their hands. Some have cases pending against the banks already, under various state laws, and they want to make sure this doesn't shortchange that.

At root, the criticism of the settlement is this: It doesn't demand a structural change in how the banks handle troubled mortgages. Banks will still get to call a lot of the shots.

Cornish: So is the settlement expected to solve some of the country's mortgage problems?

Noguchi: That was certainly the hope. And some will probably benefit, but a lot of people say that on a large scale, this won't be that fix. We've seen a lot of variations on modification programs that have tried to get banks to fix the housing problem. So far, it hasn't worked on a grand scale. As one person said to me, this is a slap on the wrist of the banks. It's not a fix for the housing problem.