Accessibility links
Historian Seeks Artifacts From Lincoln's Last Days In preparation for a book about Abraham Lincoln's life at the end of the Civil War, historian Noah Andre Trudeau is in search of witnesses. The last week of Lincoln's life in April 1865 is a largely unexamined period. Trudeau is seeking diary entries, letters or stories of people who encountered Lincoln at the time. 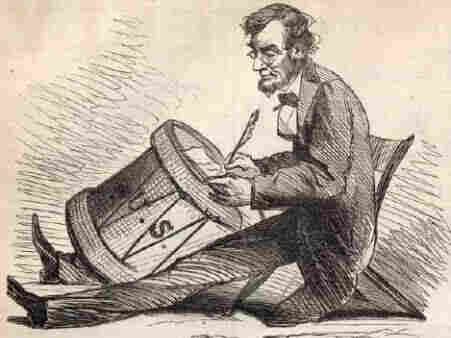 Historian Noah Andre Trudeau is known for uncovering secrets of the Civil War. His previous books, Bloody Roads South and Gettysburg, have unveiled information about Gen. William Tecumseh Sherman's march to the sea in 1864, and the legacy of Confederate Gen. Robert E. Lee. Now, in preparation for a book about a largely unexamined period of President Abraham Lincoln's life, Trudeau is in search of witnesses.

At the end of the Civil War, between March and April 1865, Lincoln went to Northern Virginia to meet with his generals. He shook hands with thousands of Union soldiers and visited the former confederate capital in Richmond, Va. But little is known about the last week of his life before his assassination on April 14, 1865. Trudeau is seeking diary entries, letters or stories of people who encountered Lincoln at the time. If you have information that could be helpful, Trudeau wants you to contact him.

Trudeau talks with NPR's Neal Conan about his quest and the information he's collected so far.