Accessibility links
Gang Signs And A Sticker: Chicago Pulls Teen's Design The city of Chicago is scrapping a teenager's winning design for a new city vehicle sticker. Some say the art contains symbols that resemble those of a notorious street gang. 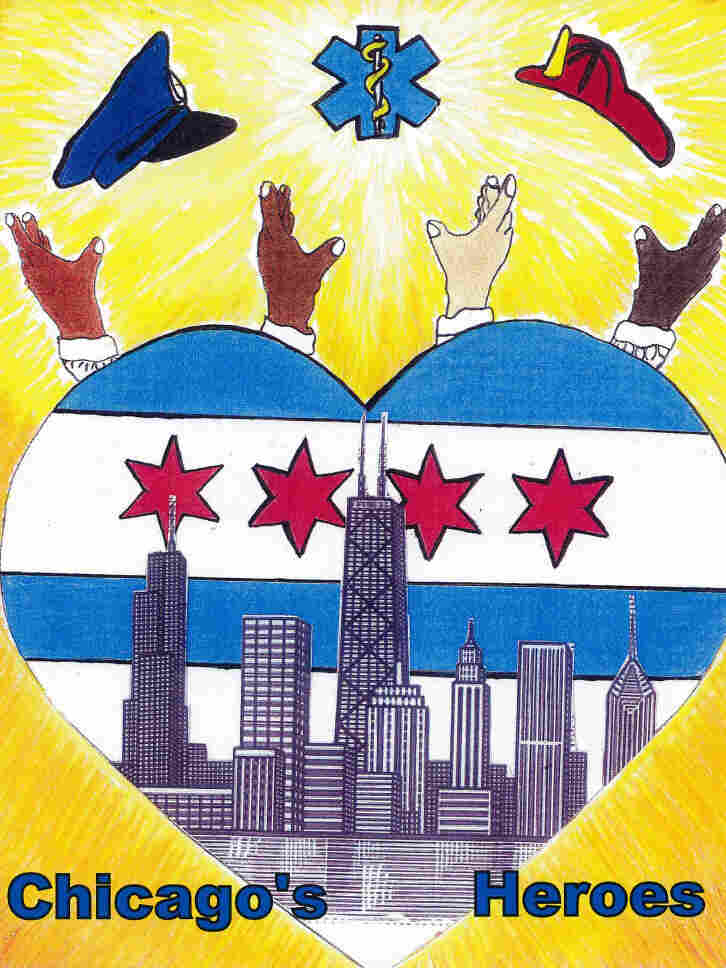 Chicago teen Herbie Pulgar won the city's art contest for vehicle stickers with this design. But the city, concerned that the design depicts gang signs, has decided not to use it. City of Chicago Clerk's Office hide caption 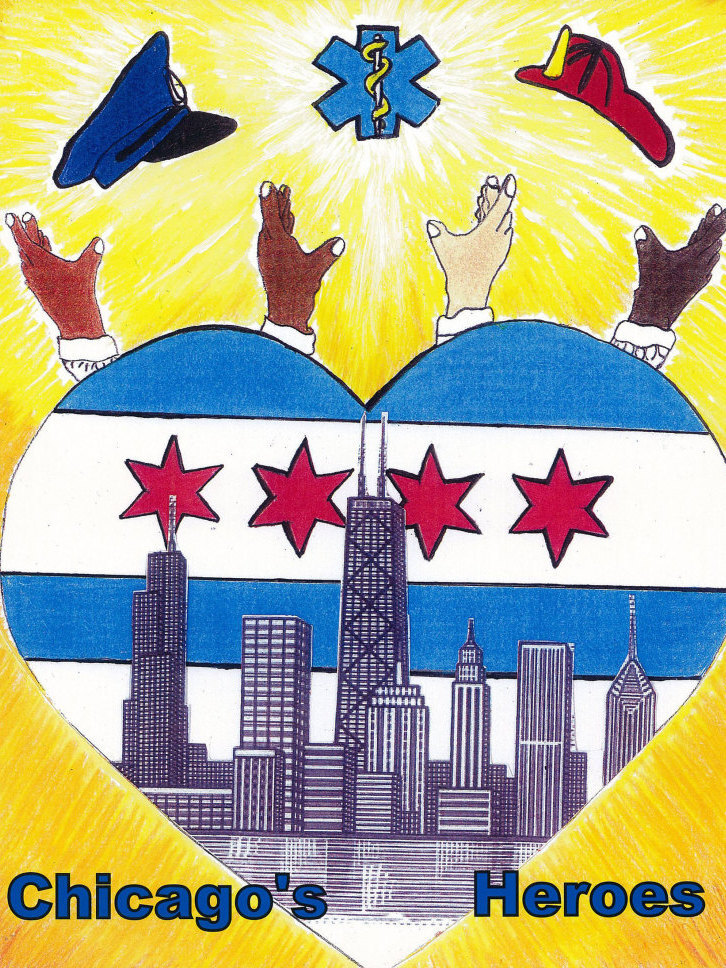 Chicago teen Herbie Pulgar won the city's art contest for vehicle stickers with this design. But the city, concerned that the design depicts gang signs, has decided not to use it.

It's one of the few politician-sponsored activities that should be free of controversy: a high school art contest.

But an annual citywide competition to design the stickers affixed to every windshield in Chicago has suddenly become a public relations nightmare.

The sticker, designed by 15-year-old Herbie Pulgar, depicts Chicago's famous skyline inside of a heart, with a backdrop of the city's blue and white flag. Extending up from the heart are four hands, and above them, symbols representing police officers, firefighters and paramedics.

"When you first look at the design, it's a beautiful design. It's recognizing Chicago's heroes," says former Chicago Police Superintendent Jody Weis.

But look a little more closely, and Weis sees something troubling.

"You've got the hands ... configured in such a way that are very similar to a particular gang's hand sign. So that's one part," Weis says. "If you look a little bit back — imagine yourself 10 feet away from this — you've got a couple of hands in a position that could be viewed as horns. That's another symbol of this particular gang."

The gang in question is the Maniac Latin Disciples, and Weis, now president of the Chicago Crime Commission, says even the large heart that forms the artwork's centerpiece is a main symbol of that gang.

Weis and others also point out that Pulgar's Facebook page — since taken down — had several gang-related photographs and comments.

I can't ask any Chicagoan to put on a city sticker that is mired in controversy related to gangs.

But Pulgar, a freshman at a high school for children with emotional and learning disabilities, insists he is not in any gang and did not try to sneak gang symbols into his vehicle sticker design.

But in a city where gang violence terrorizes some neighborhoods, Chicago City Clerk Susana Mendoza says Pulgar's sticker design had to go, regardless of the boy's intent.

"I can't ask any Chicagoan to put on a city sticker that is mired in controversy related to gangs," Mendoza says. "So whether that was the intent or not, it doesn't matter. Because the perception is out there that there could be a correlation — and that's unacceptable."

Mendoza says she feels terrible for scrapping Pulgar's design and is heartbroken over the controversy, but that her office will instead be printing stickers featuring the second-place design.

Pulgar's family has hired to an attorney to explore legal action against the city, anyway.