Accessibility links
The Convert: Colonial History, Through The Eyes Of The Colonized Danai Gurira's play The Convert interrogates the experiences of the indigenous population in 1890s Rhodesia. Jeff Lunden talks with Gurira about her and her family's experiences in Zimbabwe, and the play's relation to the country today. 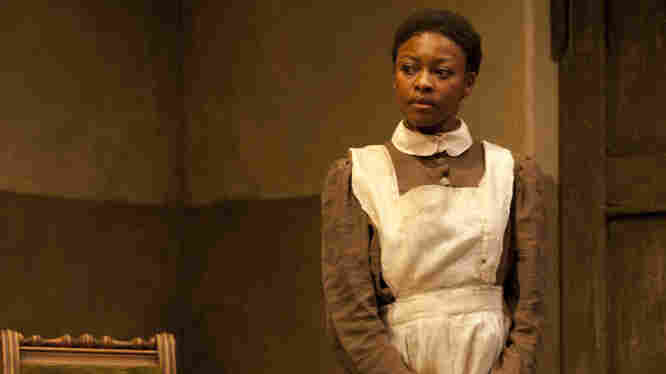 Actor and writer Danai Gurira sometimes refers to herself as a "Zimerican": She was born in Iowa, but spent most of her childhood in Harare, Zimbabwe — where her new play, The Convert, is set.

"I grew up there from age 5 to 19," Gurira says. "I'm back there every year, but I feel like there are things that I had to dig out through this process of creating this play."

Gurira says The Convert started out as a kind of melding of what she calls her "neo-colonial education" with colonial history — George Bernard Shaw meeting her great-grandparents' generation.

"I was thinking one day, and I was like, I want to make a play that's sort of ... an adaptation of Pygmalion, about Zimbabwe, because I just feel like there are so many parallel themes," Gurira says. "That's really where it was born from, and then it just took its own route."

In Pygmalion, Henry Higgins takes a poor flower girl named Eliza Doolittle and teaches her to speak the king's English. In The Convert, Jekesai, a young woman from the Shona people, runs away from an arranged marriage and is taken under the wing of a black Catholic missionary named Chilford. 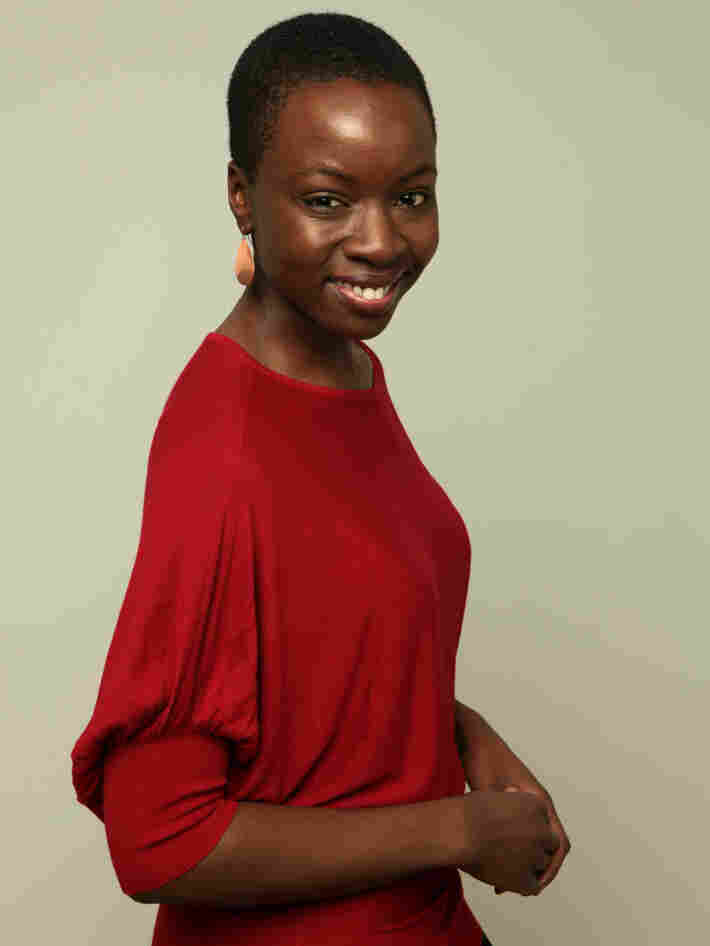 Playwright and actress Danai Gurira has won several awards for her plays Eclipsed and In the Continuum, and has appeared in several stage and film productions, including 2007's The Visitor. Matt Carr/Getty Images hide caption

Gurira uses her own family history in the play — her great-great aunt became a nun, fleeing a forced betrothal. Director Emily Mann says this was a common occurrence in Rhodesia (as Zimbabwe was once called) in the late 19th century, when the play is set.

"There were many, many women who ran to the church — some of them became nuns, some of them became teachers — basically so that they could be free," Mann says. "Women were often fleeing being sold off ... or being given away, without their own permission, to be ... as in this play, the 10th wife of an old man."

Jekesai — or Ester, as she's christened by her protectors — adapts quickly to her new situation.

Leading her in this transformation is Chilford, who has renounced his own family and traditions. While his deepest desire is to become a priest, few black Africans were ordained in those days.

Gurira says that while Chilford is a decent and well-meaning man, "he's a casualty, one could say, of the issue of colonization, in the sense that he really drinks all the Kool-Aid — like every last drop of it — and really [embraces], hook, line and sinker, the idea that a Christian God is very intertwined with the white man."

That gap between doctrine and reality, black and white, twists the characters like pretzels. For instance, Chilford reacts furiously when Ester corrects a white priest in church, but Armand says the village girl, who's encountering colonial prejudice for the first time, doesn't understand why she has to defer.

"I have no understanding of racism," says Armand, speaking for her character. "This is my first introduction to that term, to that ideology that I now have to deal with and be subservient to."

While white characters are discussed onstage, The Convert is told entirely from the black viewpoint. In an early draft of the play, Gurira says, she attempted to write a scene with Chilford's white mentor.

As The Convert unfolds over three highly intense hours, tensions in the society erupt. In the second act, the audience learns that Chilford's mentor has been killed. Soon it becomes clear that, unlike Shaw's Pygmalion, this is a tragedy. Blood will be spilled, lives will be ruined. 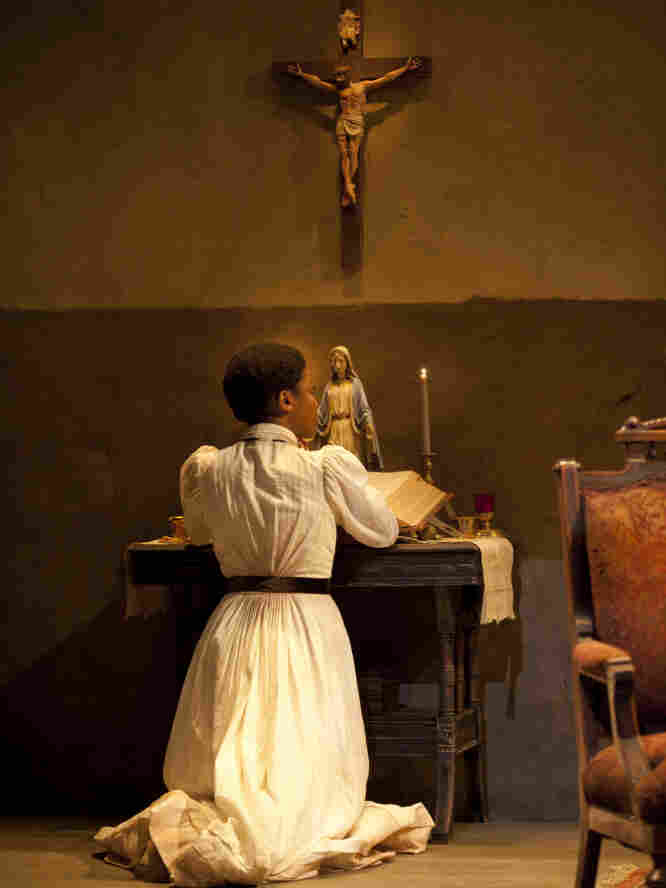 Even though The Convert is set in the late 19th century, Gurira thinks it has relevance to the problems of contemporary Zimbabwe.

"What dynamics of our traditions do we retain? And what are we retaining only because we got colonized?" Gurira asks. "There was this huge gap that happened, in terms of how we were taken over, and we were not able to evolve in our way, in our own time."

Gurira says The Convert is the first in a series of plays she hopes to write about Zimbabwe. She wants to look at life during colonial times throughout the 20th century, and she's been interviewing people — including her parents, who grew up during the 1950s — whenever she returns home.

"It's kind of frightening to think of how much there is to write about," Gurira says. "It'll take my whole lifetime and probably a couple more to really get into all of these stories and all of the experiences of what is now Zimbabwe. It's such a fascinating navigation and fusion of cultures and experiences and voices."