Accessibility links
Jazz Singer Kurt Elling Plays Not My Job For years, Elling was the Susan Lucci of jazz: Every year he would be nominated for a Grammy, and then every year he wouldn't win. But ninth time's a charm! In 2010, he won his first Grammy, and this year, he's a favorite to win another for his latest record, The Gate. 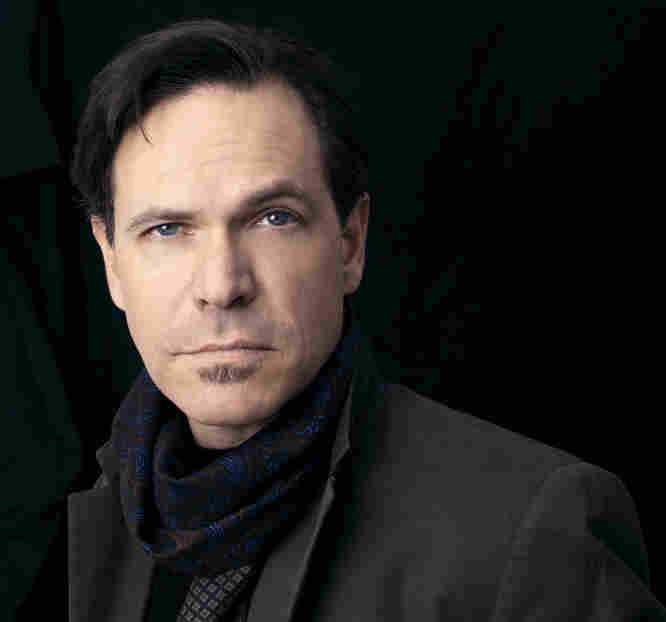 We've invited Elling to answer three questions about other artists nominated for the Grammys.

And now, the game where people who have done a lot of great things do something else. Kurt Elling is often called the greatest male jazz singer alive. But for many years, he was the Susan Lucci of jazz.

SAGAL: He got his first Grammy last year. He's also a favorite to win his second this year for his latest record, "The Gate." We are so pleased to welcome Chicago's own Kurt Elling. Kurt, great to have you here.

SAGAL: So, did you develop this desire to sing jazz early? Was this something that you did as...

ELLING: No, not until late adolescence we would call it, I guess.

TOM BODETT: Yeah, that's when I took up smoking.

ELLING: Some people call it that.

SAGAL: Yeah. But that wasn't where you were going. Weren't you - you had other career...

ELLING: No. My father was a Kapellmeister or a church musician. So I took that from him and a lot of sort of the craft of music. And then I got turned on to jazz and then when I came back here to go to the University of Chicago for divinity school, which is another whole left turn, I was sitting in, in clubs at night.

These beautiful established artists would really surround me and remind me and pull me in. It never happened to me in divinity school.

ELLING: Never one - oh, young man, you're with us.

ELLING: You come over here.

SAGAL: So you've been recording jazz for a while. You've been, god knows how many records. First Grammy Award last year and another nomination this year, top of the game. One of the things you're known for is our ability to scat, you're good at.

SAGAL: Can you, like, talk in scat? If I were to ask you a question now, you could answer in scat?

ELLING: If you need me to.

ELLING: But the more people hear it...

SAGAL: All right, so here we go. So what do you think of the state of jazz in America?

ELLING: You know, it sounds a little Danish.

SAGAL: Is that the secret?

ELLING: It is the secret.

SAGAL: It that all you guys have been doing, decided what bar to go to after the gig, in Danish.

ELLING: Well, Clark Terry lived over there long enough that he figured out that's how you - because he had a whole bit he does called mumble.

ELLING: And then I'd go to Denmark and everybody understands me.

SAGAL: You're latest album, "The Gate," actually has some covers of some popular songs, "Norwegian Wood," by the Beatles and "Stepping Out," by Joe Jackson.

SAGAL: Well, let's see. Because we want to help you, we want to help you to a wider audience. So here's a song - and we don't know if this is going to work. We want to see if you can do this in your style. This is a song by Kesha. Here's the original version.

SAGAL: All right, I'm just going to say, before anybody scoffs, this woman has made so much money, there's a dollar sign in her name, OK.

ELLING: I could, but, you know, when I scan the lyrics...

ELLING: Before having heard the throbbing salacious money-making beat that is so...

ELLING: ...prominent in successful music these days, I scanned this and it sounded like a tawdry Robert Flack to me.

SAGAL: Is there any other kind of Roberta Flack?

SAGAL: Seriously? But no, go on.

ELLING: Tonight, we're going hard, h-h-hard hard, just like the worlds is ours, ours, ours. Right?

SAGAL: I'm telling you, they like it. Next, we've got a little song called Friday we want to give you. Never mind.

ELLING: Stuff goes around but it's definitely fairly regulated at this point.

SAGAL: All right, I'm going to do this.

SAGAL: Say something in jazz, please.

ELLING: Well, Deke, what about which would you have me pearl?

SAGAL: I have no idea what you just said, but it sounded very cool.

SAGAL: Well, Kurt Elling, we're delighted to have you with us. We have asked you here to play a game we're calling?

CARL KASELL: Dude, first thing you need to do, get a drum machine.

SAGAL: You got another Grammy nomination. Congrats. But seriously, if you're ever going to be in the part of the awards broadcast that people get to watch, you're going to have to get up into the pop category.

So, we're going to ask you three questions about the other nominees this year. Get two right, you win our prize for one of our listeners, Carl's voice on their voicemail. Carl, who is Kurt Elling playing for?

ELLING: Tara, I need you to start rubbing your commemorative Newt Gingrich chia pet for luck.

Was it A: as a nine year old soloist for the group Up With People? B: as a four year old Elvis Presley impersonator? Or C: as a bear at Disneyland's Country Bear Jamboree attraction?

ELLING: I'm going to go with the Elvis impersonator.

SAGAL: You're going to go with the Elvis impersonator?

ELLING: Because I have routinely seen his photo and said "that is so Elvis," with the cocked head and the t-shirt with the rolled up thing and the...

SAGAL: You're right. He got his start...

SAGAL: He grew up in Honolulu. His father played a band for tourists. They did all the standards. It was a novelty act. And they had him come out as a four year old and sing like Elvis and he was filmed in the 1992 move "Honeymoon in Vegas." Here's Bruno Mars at the age of four.

ELLING: At a certain point, you're going to want to walk away from something like that.

SAGAL: You're going to want to move on.

SAGAL: The next question, the British singer Adele, of course we all know up for a bunch of Grammys, favored to win. But her brief career has not been without controversy. Who claimed that they were owed royalties from her hit songs?

Was it A: her ex-boyfriend because he broke her heart and thus inspired her songs?

SAGAL: B: the band the Del Tones, who say she's profiting by people confusing her, Adele, with them, the Del Tones? Or C: her sixth grade English teacher, who helped her lose her Eliza Doolittle like accent?

ELLING: Oh, it's the boyfriend.

SAGAL: They are. You're right.

ELLING: See, that chia pet is coming in handy now.

SAGAL: Yeah, it is. You know that Adele sings songs about heartbreak. The guy who did break her heart said you owe me some money. She told him to get lost.

A: when he was reading the Harry Potter books out loud to his kids and he starting singing in his Dobby the House Elf voice.

SAGAL: B: he said the vision for the band came to him while he was laid up with mononucleosis and watching "Northern Exposure" on TV. Or C: it started as a U2 tribute band and somebody said he was even, "Bono-er than Bono."

ELLING: I was thinking about "Northern Exposure."

ROBERTS: I mean you already won.

ELLING: And mono as a combination.

ROBERTS: Well, I mean you're flat on your back.

ROBERTS: And you're watching a show about a very cold desolate place.

ELLING: OK, I'm going with Roxanne on this then.

SAGAL: I think you're wise to do so. She's right and so are you. Yes, that's what happened.

SAGAL: He was up in his cabin. He was watching "Northern Exposure" and there was an episode of the show in which they came out and they're sort of wishing each other a Bon Hiver, or good winter.

ELLING: Oh, well there you go.

SAGAL: And that's the name of the band and it went from there. Carl, how did Kurt Elling do on our quiz?

KASELL: Kurt, you had three correct answers. So you win for Tara McDonnell.

SAGAL: Well done. Kurt Elling's latest record is "The Gate." It's up for a Grammy this weekend. He's also won a Grammy for his fabulous record "Devoted to You." Kurt Elling, thank you so much for being with us.