Accessibility links
A Real Estate Deal That Spans The Earth For sale: 160 acres of rolling hills in California perfect for a vineyard, cattle ranch or communication with outer space. The Jamesburg Earth Station and its 10-story satellite dish once relayed broadcasts of historical events like the Apollo 11 moon landing. Now it's on the market. 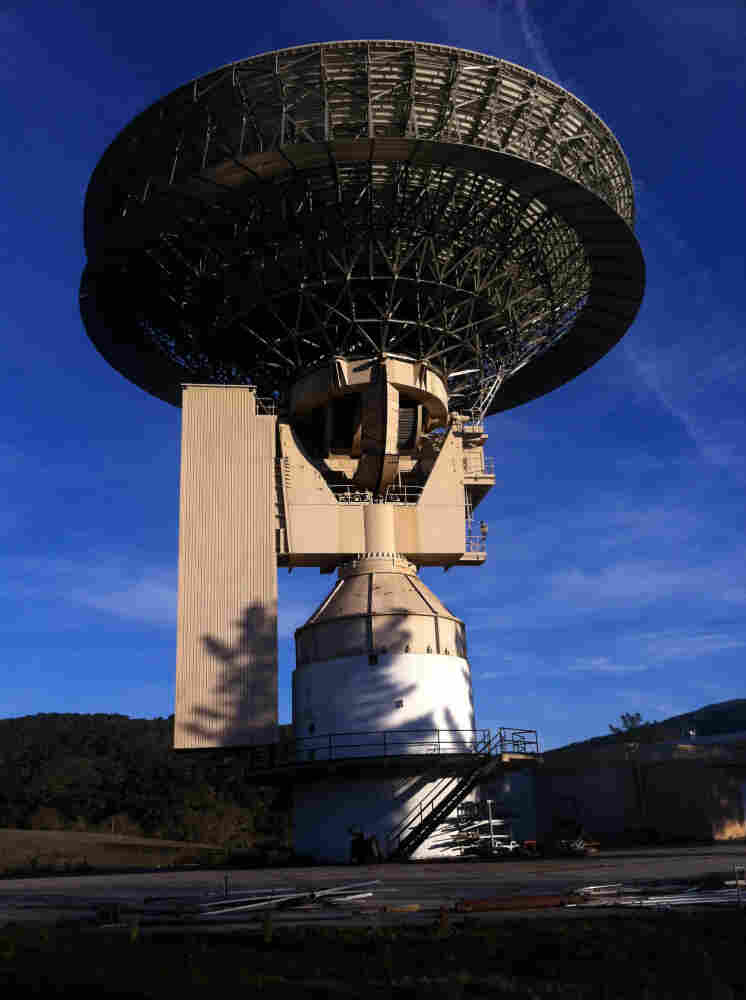 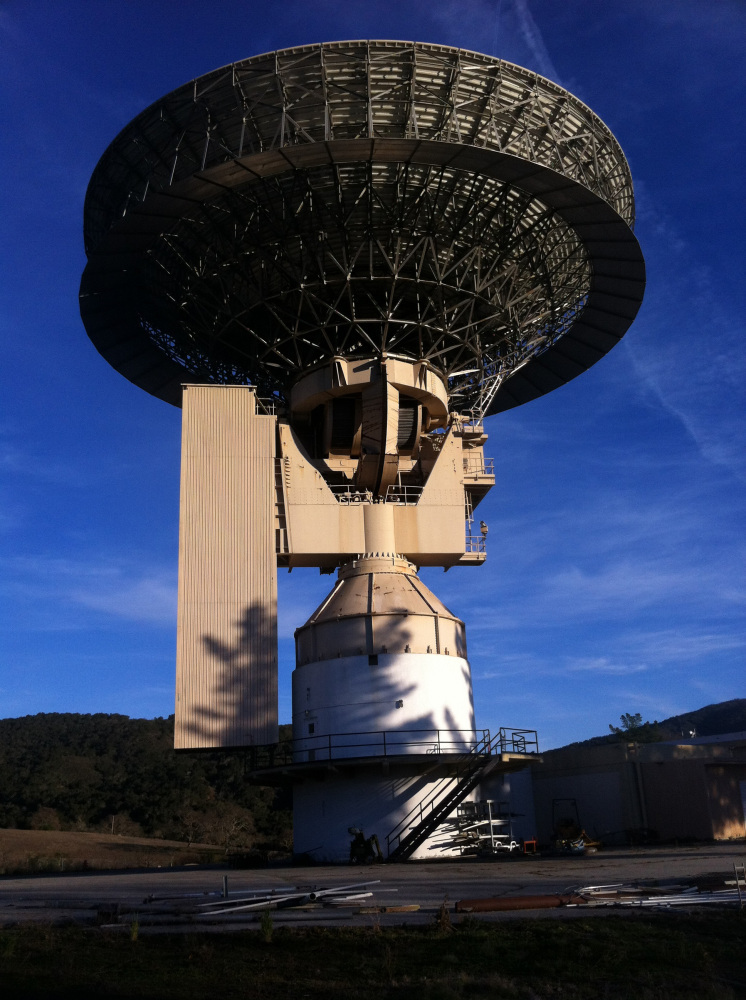 For sale: 160 acres of rolling hills in California perfect for a vineyard, cattle ranch or communication with outer space.

To understand how Silicon Valley businessman Jeffrey Bullis ended up owning the Jamesburg Earth Station — a former telecommunications center with a 10-story satellite dish — you have to think back to 2004.

The real estate market was booming. Bullis was visiting a friend in Carmel Valley on California's Central Coast, where homes can still sell for millions.

"I was like, I'd like to retire out here. What's available? What's a nice piece of property?" Bullis says. "Back then, he's like, 'Well nothing really good,' he says, 'but the Earth Station's for sale, why don't you go buy it?' "

So Bullis did — complete with a barn, a small house, a 21,000-square-foot bombproof building and an enormous satellite dish. For decades, the Jamesburg Earth Station was a relay point to broadcast countless historical events, like Tiananmen Square, the Vietnam War and the Apollo 11 moon landing.

Fiber optics replaced the Earth Station's function, so it closed in 2002. When Bullis bought it, he had to clean out a lot of obsolete equipment. As he walks through one of the cavernous, gymnasium-sized rooms, he says this has been his party house.

"It's a great basketball room. It's a shooting range, archery room. Kids come out, they have fun. That's what it's all about now," he says.

"It would be the most unique sale I've ever made," says Bullis' real estate agent, Bert Aronson. The property is back on the market.

"[I'm] hoping that somebody who wanted to ... grow grapes out there might want to store the finished product in the building when they were finished," he says.

As it turns out, the greatest interest in the property has been because of that satellite dish. NASA contractor Dennis Wingo is seriously looking at it. He's advising a team competing for the Google Lunar X Prize, a $20 million award for the first privately funded team to get a rover to travel on the moon.

"We would control them from here," Wingo says. "To me, that's way more fun than worrying about the past. As important as the past is, I kind of look forward toward the future."

At this point, Wingo hasn't made an offer, so the property is still on the market. The asking price for the dish, the bunker and the land: $4.2 million.