Accessibility links
New Contraceptive Plan: A Successful Balancing Act? President Obama announced a change of course Friday regarding religious institutions and birth control coverage. The administration, which seemed caught off guard by the strong opposition to its original policy, hopes to regain Catholic allies and maintain support from the women who put Obama in the White House. 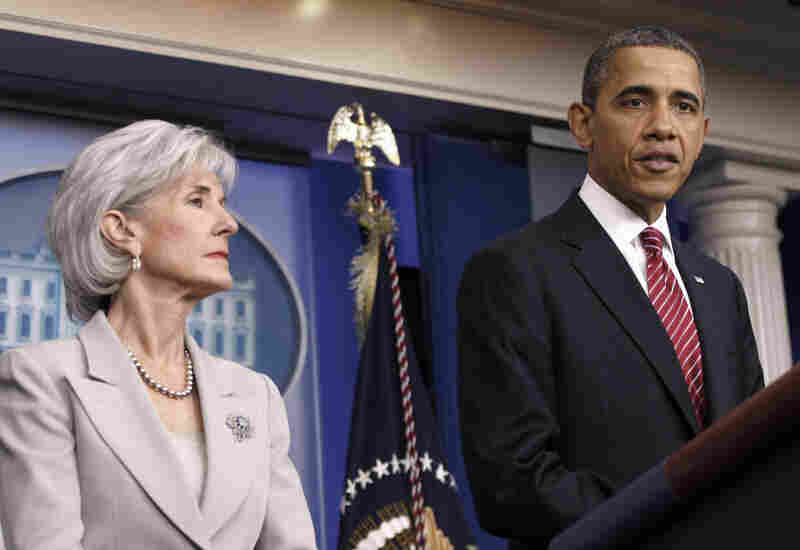 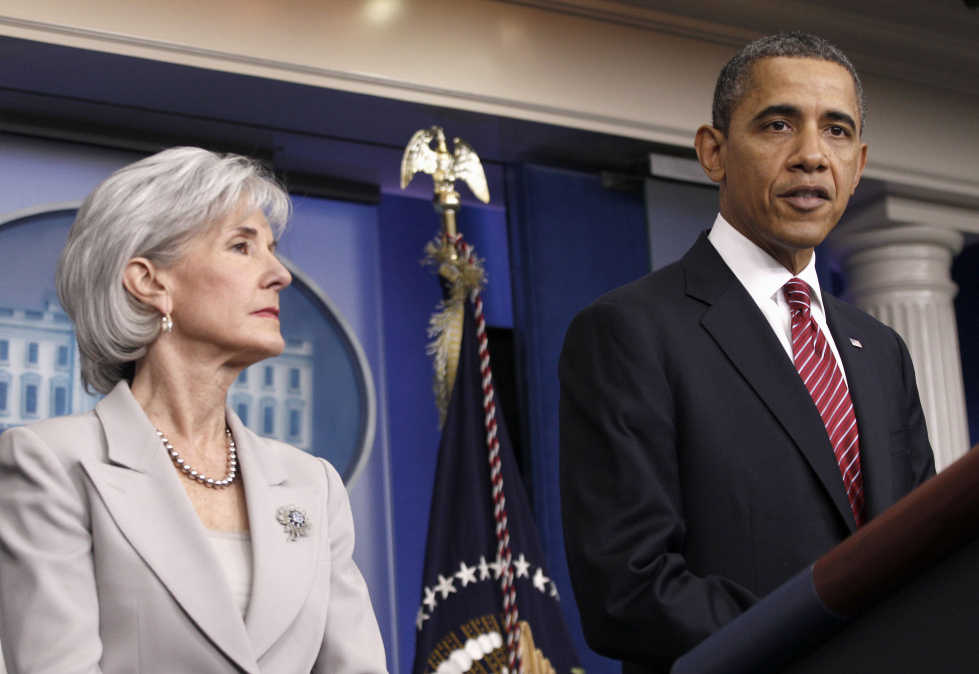 President Obama and Health and Human Services Secretary Kathleen Sebelius announce the revamping of his contraception policy, at the White House on Friday.

The White House is trying to mend fences with Catholics and others who were outraged at a new rule governing insurance coverage for birth control.

That policy would have required Catholic hospitals, universities and other institutions to cover birth control in their employees' health insurance. Critics called that an assault on religious freedom.

President Obama announced a change of course Friday, and the White House is hoping to regain religious allies and maintain support from the women who voted for Obama.

Obama says the new policy will preserve women's access to affordable birth control, no matter where they work. It's also designed to address the complaints of Catholic hospitals, universities and similar organizations.

The administration hopes to achieve this balancing act by having insurance companies provide the coverage directly to employees, effectively taking a Catholic organization out of the loop.

Some Catholic bishops are not satisfied with this approach. One called it a fig leaf and smoke and mirrors. The U.S. Conference of Catholic Bishops said it is reserving judgment, but called the White House move "a first step in the right direction."

Other Catholic leaders went further in praising the administration. Sister Carol Keehan, who heads the Catholic Health Association, says she is pleased and grateful for the change.

"It was a very sincere effort to hear all the voices in this pluralistic country and try to respond to the needs of everybody and the strongly held convictions of everybody," she says.

Religion And Birth Control: Not Just A GOP Fight

The White House seemed caught off guard by just how strong those convictions are, especially among progressive Catholics like Keehan, who had been a key administration ally in the push for health care reform.

Political scientist Mark Gray of Georgetown University suspects the White House miscalculated the way its original policy would be seen — in part because of research that shows the overwhelming majority of Catholics use birth control.

"I think there's a big distinction between your average Catholic saying, 'That's my personal choice,' and then feeling the sense that the government is somehow telling their church to do something that would violate their teachings and beliefs," Gray says.

Obama's missteps on this issue are somewhat surprising. He's written and spoken about the need to respect religious differences in a diverse society, and he has warned that even secular politicians need to take the faithful seriously.

"In fact, my first job in Chicago was working with Catholic parishes in poor neighborhoods, and my salary was funded by a grant from an arm of the Catholic Church," he says, "and I saw that local churches often did more good for a community than a government program ever could."

Obama called the new policy an effort by people of good will to find common ground. Yet, he acknowledged that some in Washington may try to use the birth control controversy as "a wedge issue."

Even before the original mandate was announced in January, Republican presidential candidates were accusing Obama of waging what they called a war against religion.

Even as he tried to address the Catholic concerns, Obama also had to worry about preserving support from women, including the young, more secular, women who helped to put him in the White House. Organizations that promote family planning were generally supportive of the move announced Friday.

Tim Kaine, the former chairman of the Democratic National Committee and a Catholic, thinks the administration has struck the right balance.

"Contraception is important, but so is religious liberty," he says. "The compromise that they've announced resolves the religious liberty concern in a very straightforward way, and I really applaud the White House for doing it."

If Kaine is right, the White House may get a little less fire from Catholic pulpits Sunday and a little more support from Catholics in November.