Accessibility links
First Listen: Sinead O'Connor, 'How About I Be Me (And You Be You)?' A disordered personal life, vociferous views on politics and religion and eyebrow-raising genre experiments have turned O'Connor into a side note for many pop fans. But with the release of her 9th album, it's time for everyone to remember how compelling she can be.

First Listen: Sinead O'Connor, 'How About I Be Me (And You Be You)?'

First Listen: Sinead O'Connor, 'How About I Be Me (And You Be You)?' 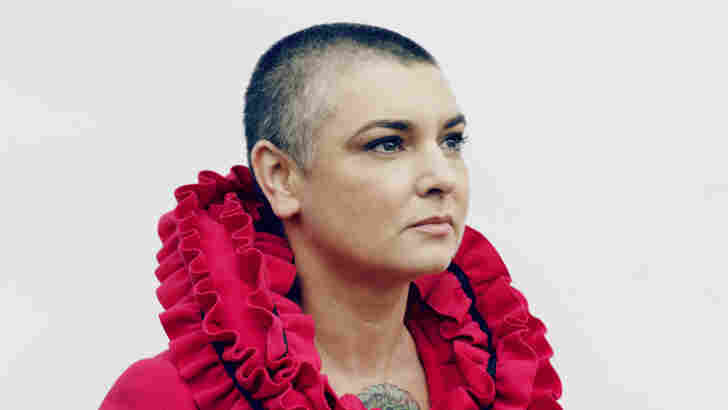 Sinead O'Connor's new album, How About I Be Me (And You Be You)? comes out March 5. Courtesy of the artist hide caption 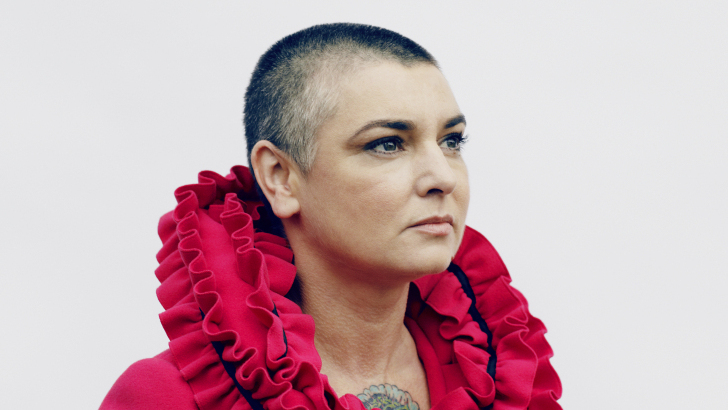 Sinead O'Connor's new album, How About I Be Me (And You Be You)? comes out March 5.

Here's a term that might not seem too musical: "immediacy behavior." Educators use it to describe the way a teacher acts to gain the trust of his or her students. Open body language, an engaging way of speaking, a warm, direct gaze — these cues, as much as any words uttered, forge the connection that makes learning possible. Immediacy behavior is crucial to making great pop music, too. Artists rely on it to get their points across. For some, it's an occasional stance, taken when the spotlight narrows and the spectacle falls away, as when Lady Gaga performs at her piano. Others make it the center of their creative process. It doesn't matter whether they're genuinely confessional or just good at weaving a story. We trust what they tell us.

Immediacy behavior is Sinead O'Connor's métier. It's not just a strategy she adopts when it's useful; it's a practice to which she's spiritually and artistically committed. The intensity of her approach has both enchanted and frightened listeners throughout her 25-year career. Raised on Irish folkways, O'Connor came of age heavily influenced by the confrontational subcultures of punk rock and hip-hop. These roots, plus her astonishing clarion voice, inform a body of work that's both stubbornly personal and insistently communicative, even at its most experimental or eccentric.

Her disordered personal life and her vociferous views on politics and religion, along with genre experiments that have included forays into reggae, Celtic and contemporary worship music, have turned O'Connor into a side note for many pop fans — a once-great artist on a path too twisted to follow. Now, it's time for everyone to look beyond the tabloid headlines and remember how compelling she can be.

O'Connor's 9th album, How About I Be Me (And You Be You)? isn't just a return to form; it's a full-on revival. "Your joy is my joy," O'Connor wails in her wide-open way in the first single, "The Wolf Is Getting Married," and it really feels like she's addressing her unswerving, sometimes long-suffering fans.

Working with longtime producer John Reynolds and a band of seasoned British modern rockers, on How About I Be Me O'Connor revisits the sonic ground of her indelible first two albums, The Lion and the Cobra and I Do Not What What I Haven't Got. She melds the winding melodies of the Irish sean nos tradition with classic hip-hop-flavored beats and new-wave guitar and synth lines. Jamaican rhythms are thrown in here and there, like a dash of earthy sorrel. It's O'Connor's essential sound, purified and perfected, offering the kind of immersive, shout-along experience that made those early albums feel so necessary.

O'Connor's singing is still remarkable, tender and cutthroat in equal measure. She really strikes gold, however, in storytelling that makes these songs vibrate with meaning.

There are tales of love, requited and not so much, and of survival, sometimes at great cost. "4th and Vine" is a funky reggae wedding march, while "Old Lady," allegedly written written for O'Connor's crush Neil Jordan, builds like a classic Prince ballad. These familiar takes on heartache and delight are matched with more mysterious accounts. Some, like the oracular "Take Off Your Shoes," have power of their own but make more sense once you've researched the backstory. ("The Holy Spirit sings to the Vatican," is how she describes that one.) Others use plain language to give voice to the dispossessed — a single mother, a junkie thief, a parent who's been killed in a war, the persecuted kid who locates his rage in the album's one cover, John Grant's "Queen of Denmark." These are the kinds of characters whom O'Connor, a Christian on her own heretical path, finds at the foot of the cross.

There's a solitary nature to O'Connor's characters, and to the voice that animates them: not lonely, but one-on-one, speaking to the listener directly and with utter conviction. How About I Be Me concludes with the stark "V.I.P.," a jeremiad directed at celebrities whose love of fame throws off their moral compass. In the end, O'Connor whispers a prayer, the Glory Be. "Oh yeah," she says, and she and Reynolds erupt in laughter, in the knowledge that this mortal mess is made better by the gesture of every soul that reaches toward others.