Accessibility links
Simon Joyner: A Scene Pioneer Takes The Quiet Life Though Joyner has chosen to remain under the radar, the Omaha songwriter has had a huge influence; Beck and Conor Oberst of Bright Eyes have both cited him among their favorites. Joyner's latest project is a fan-funded double vinyl LP that will be out later this year. 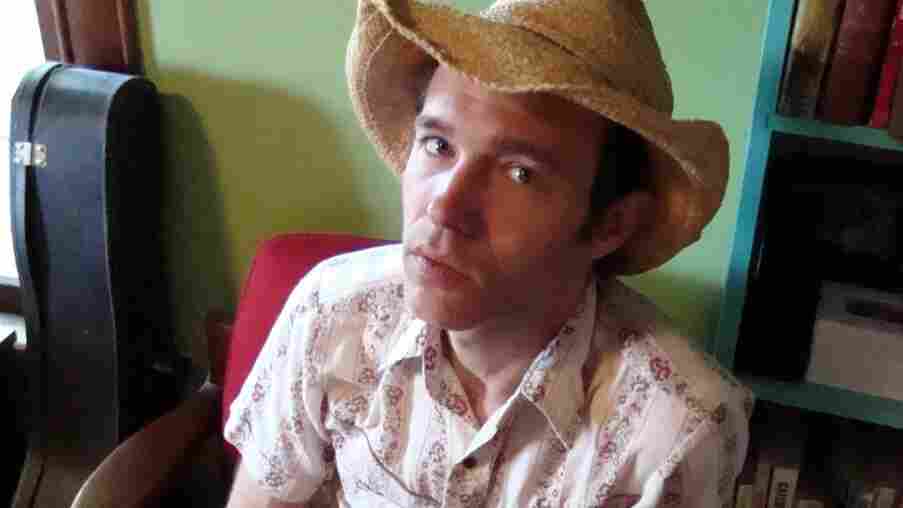 Though he's remained under the radar, Simon Joyner has never stopped making music. His newest project is a fan-funded double LP. Courtesy of the artist hide caption 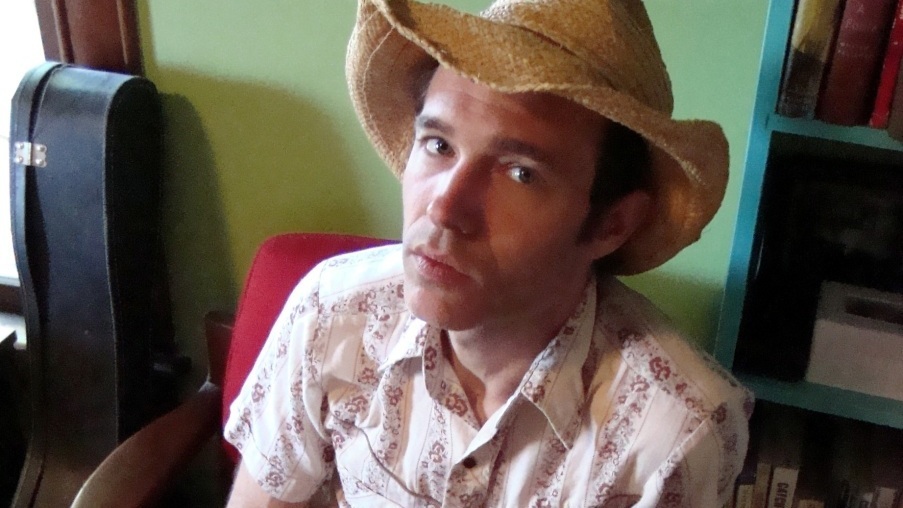 Though he's remained under the radar, Simon Joyner has never stopped making music. His newest project is a fan-funded double LP.

The endorsements boosted Joyner's career. Tim McMahan, a music critic who has covered the Omaha scene since the 1990s, says Joyner was among the first to show what the city could do.

"Simon was among those early acts that influenced so many other people to see that someone from Omaha could record their own music, could do something that was uniquely in their own voice, that sounded like nothing else that was going on, could make some money off of it and could get some attention and national exposure," McMahan says.

Conor Oberst and Simon Joyner perform one of Joyner's songs together in 2008.

One of those Omaha musicians influenced by Simon Joyner is Conor Oberst, the man behind the band Bright Eyes.

"The way he structures his songs, the importance he places on lyrics and the phrasing really became the template for my music," Oberst says. "It's really something that stays with you, and he has such an incredible body of work that there's a lot for somebody to digest."

In person, Simon Joyner seems like an everyman. He's a father, husband and owns his own antique business. He doesn't seem at all concerned about fame or staying in the spotlight. But Joyner says he always finds the time for music.

"As my kids have gotten older, there's less time because they're so active, so the distance between my records has increased over the years," he says. "But there's a lot of time that you don't know that you have until there's something you want to do, and you just find a way to do it."

Joyner manages both the music and the antique business out of a warehouse on Omaha's south side. Amid old furniture, lamps and cardboard boxes, he has set up a makeshift studio. There are no computers in sight — just a reel-to-reel tape machine, borrowed from Oberst. 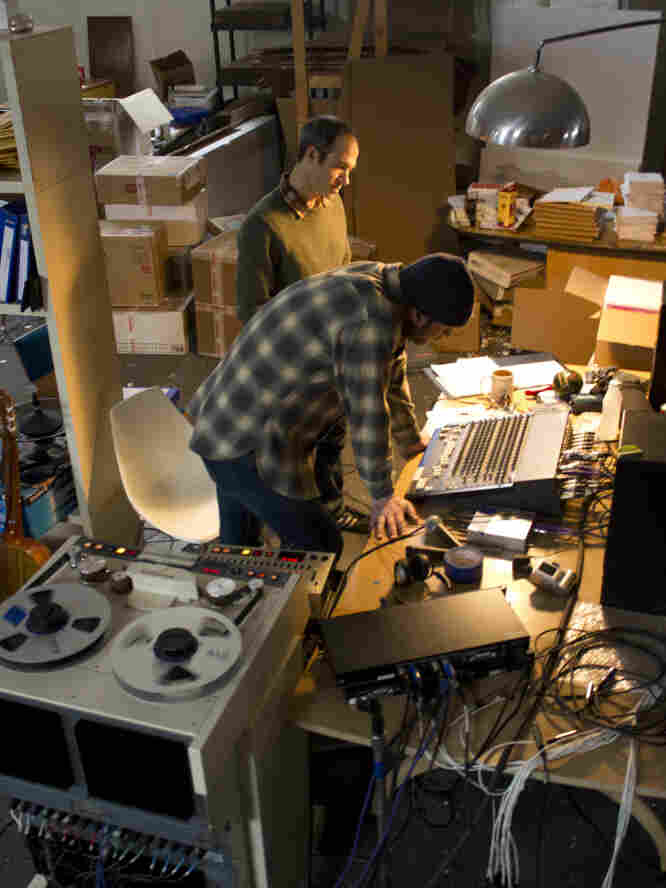 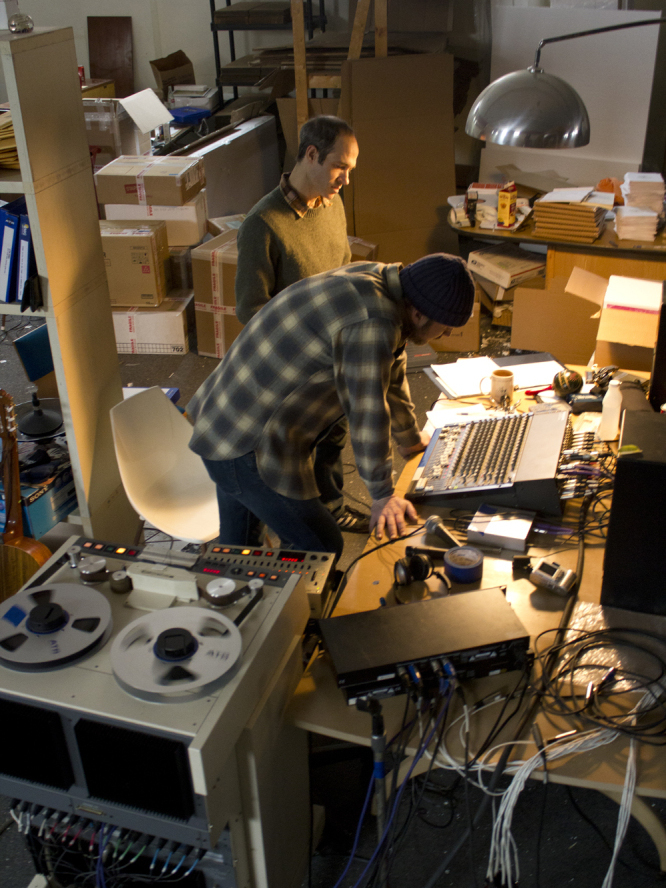 Joyner (rear) at work in his warehouse studio with guitarist Mike Friedman.

Joyner recorded his last few albums in a proper studio, usually booking about a week's worth of time to record the songs. He's been on various independent labels. His latest project has become sprawling — so many songs that he wanted to release it as a double vinyl LP. So he turned to the website Kickstarter, where artists ask their fans to pay for projects.

"Since record labels, especially independent ones, are in a tough spot right now, to me it made perfect sense to go that route and not put an undue burden on one of these generous independent labels that have helped me out in the past," Joyner says.

He's already surpassed his online goal for funding the mixing, mastering and manufacturing of this new album.

This will mark Joyner's 20th anniversary of putting out records. But he says it's not the artistic path he once envisioned.

"I had originally intended to write stories and books, and I just kind of got sidetracked writing songs," he says. "I'm not interested in touring six months out of the year — I prefer the way I've been doing it along, which is to sell enough records to be able to do the next record. That's all that's really mattered to me."

While some of the musicians he's influenced have gone on to make bigger names for themselves, Joyner says he's content with a family, a day job and the chance to let real life shape his storytelling.