Accessibility links
Whitney Houston, A 'Perfect Instrument,' Dies The pop diva was discovered dead in her Beverly Hills hotel room Saturday, the eve of the 54th Grammy Awards. When she burst upon the music world in 1985, there was no doubt in anyone's mind the willowy beauty was a star. Houston's music was stellar, but her personal life was chaotic. 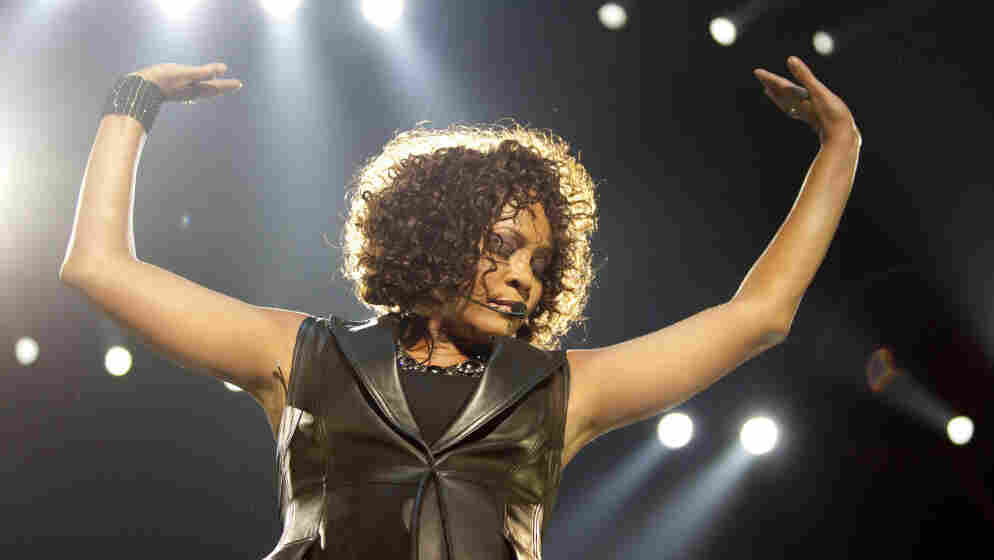 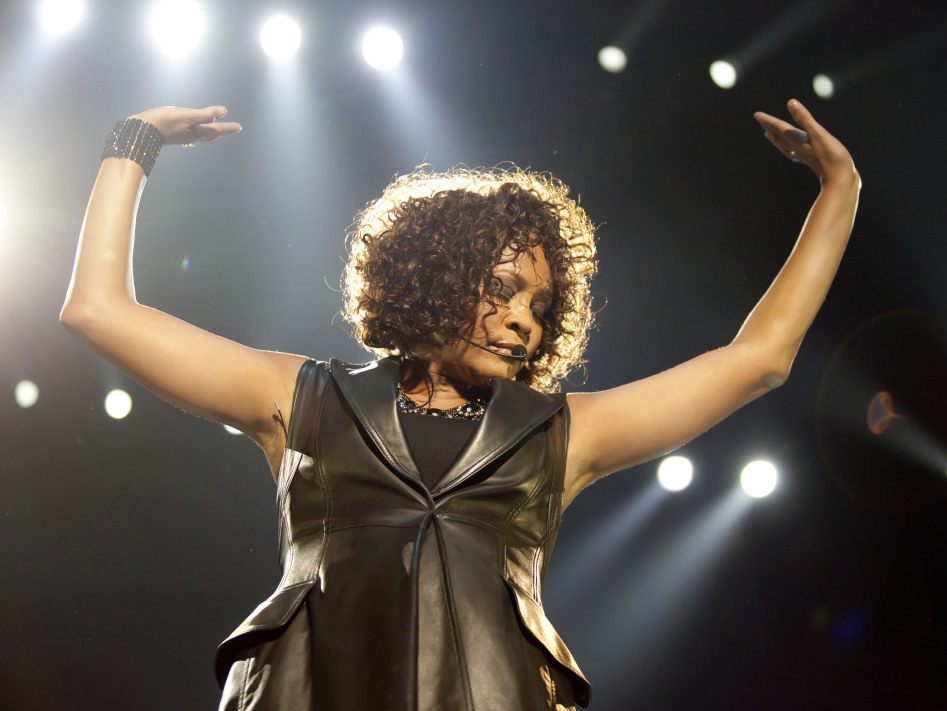 Pop diva Whitney Houston was found dead in her Beverly Hills hotel room on the eve of the 54th Grammy Awards.

On the eve of the 54th Grammy Awards in Los Angeles, the conversation was all about Whitney Houston. The 48-year-old pop diva was discovered dead in her room at the Beverly Hilton Saturday afternoon. The cause of her death was under investigation.

Houston died alone in the same hotel that was the venue for a party she had often entered in triumph: the annual pre-Grammy Awards bash given by her mentor, recording impresario Clive Davis.

It was at Davis' A-list party that a teenaged Houston was introduced to the recording industry. It was at another Davis party, says Billboard editorial director Bill Werde, that an important milestone occurred.

"I think it was just a year or two when she had her comeback album," he says. "This was her big moment, this is where she took the stage again and performed and sort of made people realize that ... she could still sing."

Houston came from music royalty: Her mother, Cissy, sang backup for stars like Elvis Presley. Dionne Warwick was a cousin. Aretha Franklin was her godmother. When she burst upon the music world in 1985, there was no doubt in anyone's mind the willowy beauty was a star.

Houston's striking looks and silky voice made her an instant celebrity. Music critic Steven Ivory says her image was meticulously crafted by her mentor.

"She was a voice, but she was the vision of Clive Davis, and Clive Davis is a big fan of ballads. This is his personal taste," Ivory says. "So when he found Whitney, he said, 'This is my perfect instrument.' "

The instrument became iconic when Houston applied it to a Dolly Parton song that became her signature in 1992.

"It was literally referred to as 'The Note' ... that moment in 'I Will Always Love You' where she hits the high note. I mean, no one can hit that note. I think there's probably like four people on the planet that can hit that note," Werde says.

Houston's music was stellar, but her personal life was chaotic. Perhaps in an effort to escape the refined cage Davis had built around her, she married Bobby Brown, a former singer with the R&B group New Edition. The union was frighteningly volatile.

Both artists ended up in court on drug charges at various times, and many assumed Houston's canceled appearances and erratic behavior were Brown's fault. Ivory says they had more in common than people assumed.

"I think they were two of a kind. I don't think that Bobby had any more to do with her spiral downward than she had to do with it herself. They were compatible, sadly," he says.

Shocked viewers got to see that for themselves when the two did a tawdry reality TV series, Being Bobby Brown.

The couple divorced in 2007. Houston made a comeback two years later, engineered once more by her old protector, Davis. Her album, I Look to You, climbed to No. 1, but her tour, with several canceled dates, was a disappointment.

She recovered enough last year to take a lead role in a remake of the 1976 movie Sparkle. Her two last songs will be released when the movie is.

Meanwhile, Sunday night, Grammy winner Jennifer Hudson will lead a tribute to the woman she says inspired her own career.

Whitney Houston performs at the 2011 pre-Grammy Gala and Salute To Industry Icons at the Beverly Hilton on Feb. 12, 2011, in California. A year later, the singer was found dead in the same hotel. Kevork Djansezian/Getty Images hide caption

Whitney Houston performs at the 2011 pre-Grammy Gala and Salute To Industry Icons at the Beverly Hilton on Feb. 12, 2011, in California. A year later, the singer was found dead in the same hotel.