Accessibility links
What French Parents Do That Americans Don't After American Pamela Druckerman had a daughter in France, she uncovered a surprising aspect of French life. Wherever she looked, the French seemed to be able to make their kids behave better than American children. Host Rachel Martin talks with Druckerman, whose new book is called Bringing Up Bebe. 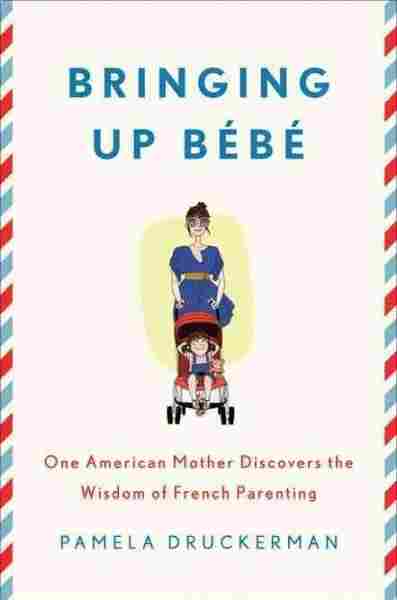 One American Mother Discovers The Wisdom Of French Parenting

Before moving to Paris, American Pamela Druckerman knew that the French had a reputation for cultural refinement: a knowledge of wine, a sophisticated sense of style and a preoccupation with haute cuisine.

But while living in the French capital and going through the everyday struggles of raising children her English husband, she uncovered another surprising aspect of French life. Wherever she looked in Paris, the locals seemed to be employing a certain je ne sais quoi that was making their kids behave better than typical American children.

Druckerman decided to write a book about her experience, called Bringing up Bebe: One American Mother Discovers the Wisdom of French Parenting. She tells Weekend Edition's Rachel Martin that the idea for the book came to her in a sort of "epiphany" when she was eating out with her husband and her daughter, who was 18 months old at the time.

"[My daughter] was refusing to eat anything but sort of pasta and white bread. And I suddenly looked up and I realized that the French families all around us were having a very different experience — that their kids were sitting in their high-chairs, enjoying their meals, eating their vegetables and fish and all kinds of other things and talking to their parents. ... They weren't being seen but not heard. They were enjoying themselves," Druckerman says.

Druckerman began paying close attention to how French methods with children differed from American ones. One thing she found was that the French had an essentially different attitude about the malleability of their children's preferences.

"We [Americans] assume ... a little more that kids have inherent likes and dislikes, whereas the French view on food is the parent must educate their child and that appreciation for different food is something you cultivate over time," Druckerman says. 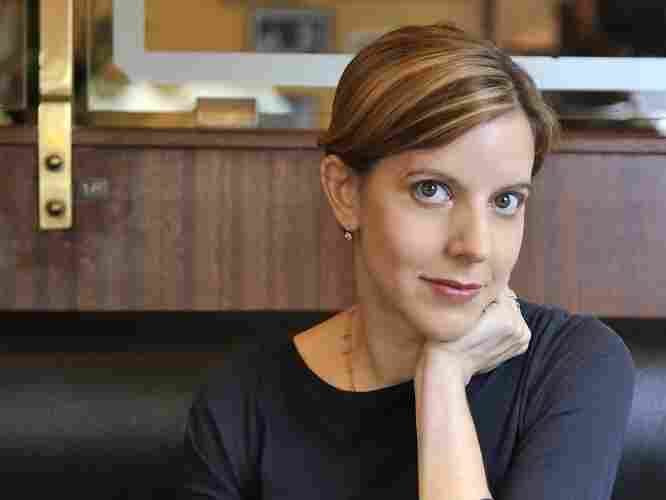 Pamela Druckerman is an American journalist and mother of three who lives in Paris. Benjamin Barda/ hide caption 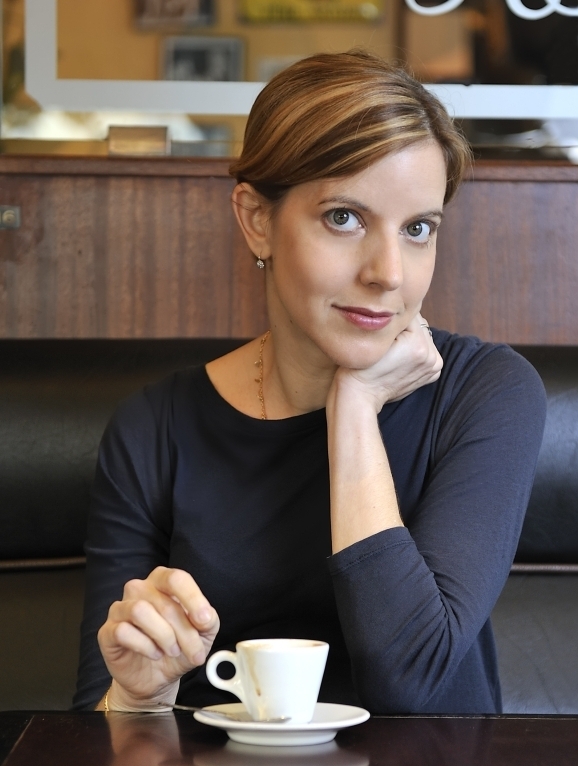 Pamela Druckerman is an American journalist and mother of three who lives in Paris.

One key to this cultivation of tastes appears to be exposure. Druckerman points out that in France, "there is no category of food called kids' food. Kids and adults, from the start, eat the same thing."

As an example of how children are exposed to a variety of foods at an early age, Druckerman recounts her visit to a lunch at a public daycare with her daughter and other two-year-olds.

"There's a four-course menu every day. It starts with a vegetable dish and then there's a main course. There's a different cheese every day. So, I discovered to my shock that my daughter eats blue cheese. There are two things in that. One is that, I think, starting with vegetables is a really good idea, and we do that now. And the other trick that French parents do is they say to their kids, 'You don't have to eat everything, you just have to taste it,'" Druckerman says.

The French method of culinary education for their children also illustrates a larger pattern within French parenting, which is the cultivation of patience. Druckerman says most French children, unlike many of their American counterparts, did not need to be entertained constantly by their parents.

"I notice this when I go to the park in France, because I would usually arrive with a big bag of stuff to entertain my daughter the entire day, whereas the French mom on the blanket next to me would have just one ball, and she would talk to her friend. And the child would be happy," Druckerman says. "French children seem to be able to play by themselves in a way."

Some might see this scenario as evidence that the French are less thrilled with having children and are more selfish as parents than their American counterparts who are constantly playing with their children. But Druckerman does not think this is the case.

"The French view is really one of balance, I think. ... What French women would tell me over and over is, it's very important that no part of your life — not being a mom, not being a worker, not being a wife — overwhelms the other part," Druckerman says.

The more laissez-faire French style of parenting may be hard to swallow for some Americans who are used to hovering over their children, but Druckerman thinks it's worth it in the long run. "As an American, you know, at first I was really surprised by this kind of approach to parenting. But after a while, I realized, you know what, my daughter is proud of her independence," Druckerman says.

Although no one likes to be told how to parent, Druckerman says the response from readers so far has been "overwhelmingly positive." Part of the reason for this may be that Druckerman avoided being overly preachy by writing the book as a personal narrative.

"I'm criticizing myself. I'm, I think, maybe the more extreme example of an American parent," Druckerman says. "So, I guess the book is really a memoir. It's my own story of how I partially became converted to some French ways of doing things but also held on to the things that I like about America."

Read an excerpt of Bringing Up Bebe