Accessibility links
Strong In 2010, Where Is The Tea Party Now? The Tea Party rallies that raged in cities across the country in 2009 have died down. As the Republican presidential race wraps up, and the GOP get closer to selecting a nominee, many Tea Party activists acknowledge that the days of the big rallies might be on hold. But some say that their ideas are now very much front and center. 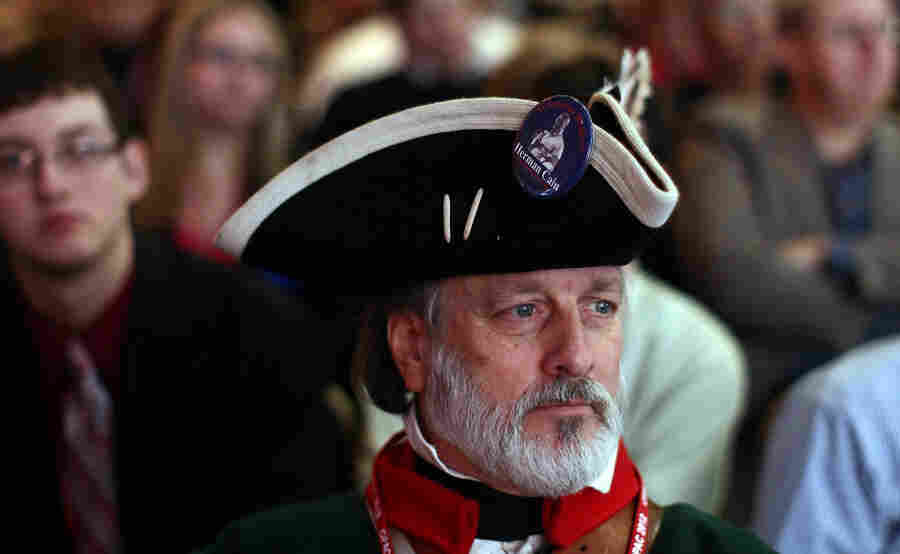 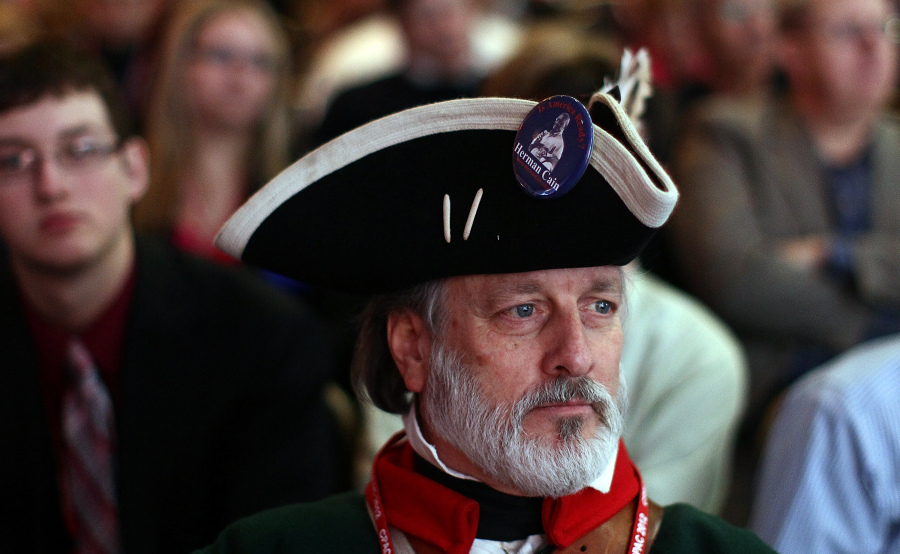 In 2009, Tea Party rallies raged in cities across the country. The movement put its stamp on the 2010 midterm elections when the Republicans retook the House of Representatives.

So far, throughout the GOP primary contest, every major candidate at some point has tried to frame himself or herself as the Tea Party's standard-bearer, but what's most striking about the movement this election has been its notable absence.

Dawn Wildman, national coordinator for the Tea Party Patriots, tells weekends on All Things Considered host Guy Raz that the Tea Party is still out there working.

"We're all feverishly working and doing things, I just don't think the focus is on us," Wildman says, "it's all about this presidential election."

Chris Littleton, founder of the Cincinnati Tea Party and co-founder of the Ohio Liberty Council, was recently asked about the state of the Tea Party.

"I said the Tea Party is dead," Littleton tells NPR's Raz. "What I mean by that is that [the] protest idea is gone, and I say that's a good thing."

The people who were leading the charge of the Tea Party protests, among whose ranks Littleton counts himself among, have left that behind, he says. They've now moved away from protesting and toward a more "tactical precision" way of operating, he says.

"Something very new and very different is there," he says. "But the nomenclature that has become 'Tea Party' as a pop culture name, I don't think that's around anymore."

Both Wildman and Littleton say there isn't a perfect "Tea Party candidate," but if Mitt Romney ends up being the GOP nominee, Wildman says she'll vote for him, but with some reservations.

"Romney, to me, looks like a lateral shift in power," she says. "He doesn't seem to have a really strong conviction; he seems to change as the wind blows."

Littleton, however, says he might end up just sitting this election out or voting for a third-party candidate.

"I want Obama out of office, of course; I'm just not thrilled with any of the candidates at this time so it's difficult to get behind any of them," he says.

Like Wildman and Littleton, many other Tea Party activists acknowledge that the days of the big rallies might be on hold, but that their ideas are now very much front and center.

New York Times reporter Kate Zernike, who wrote a book about the Tea Party called Boiling Mad, tells Raz that the movement might have reached its peak of power in 2010.

"The Tea Party was always going to be a phenomenon of a midterm election," Zernike says.

What's happening now, she says, is that people are starting to get an idea of what a Tea Party Congress looks like and what the Tea Party stood for.

"They stood for obstruction [and] they stood for not compromising," she says. "When pollsters went back to Tea Party voters and said, 'Is this what you want?' They said, 'No, we want people to compromise.'"

Zernike says they are still hoping to ride the wave of enthusiasm the Tea Party built so quickly for Republicans in 2010, and that was previously held by Democrats in 2008.

"So there's this sense that you have to pay fealty to the Tea Party," she says, "but again, I don't think people are really quite certain [anymore] what the Tea Party means."