Accessibility links
'Anne Frank': Short Stories Fumbling For Perfection Is Jewish identity a metaphor, or is it found in local, lived experiences? Author Nathan Englander explores this question in his new collection, What We Talk About When We Talk About Anne Frank. NPR Books Editor Parul Sehgal calls it some of the strongest and strangest American short fiction in years. 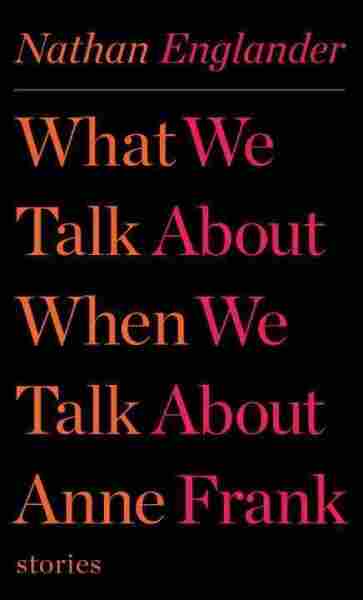 Novels are stately creatures. Stay awhile, they say. Learn about these characters. Learn to love them. Be with them; watch them change. But the short-story collection makes no such invitation. It's an inherently transgressive art form, the predecessor to Rear Window and Chatroulette. We peer into lit rooms, spy on characters in the throes of crises. We burgle and blunder our way in, only to find the body cold; the marriage shattered — and suddenly — we're onto the next story, the next unraveling.

Nathan Englander made his name with his prize-winning 1999 collection, For the Relief of Unbearable Urges. He returns to the form with What We Talk About When We Talk About Anne Frank, eight stories on Jewishness — and not Jewishness as a metaphor — but the local, lived experiences of Jews in America and Israel. Englander is interested in how faith is understood, rejected and defended, and in the tension between the needs of the individual and the demands of the community.

If the themes are familiar — this is terrain well-mined by Malamud, Bellow and Roth — Englander refreshes them with narrative experimentation and a cast of appealingly crazy characters. Every time the curtain rises, we're thrust into another odd consciousness: the manager of a Jewish summer camp for retirees, a settler on the eve of the Yom Kippur War, a hapless husband at a peep show featuring an all-rabbi lineup.

These consciousnesses are almost exclusively male; Englander's interest is in male subjectivity. Female characters are caricatures of moms, strippers, nagging wives and girlfriends. It's a flaw that doesn't quite develop into a failing because Englander's men are so irresistible. They're good, guilty men fumbling for perfection. Lazy pilgrims. 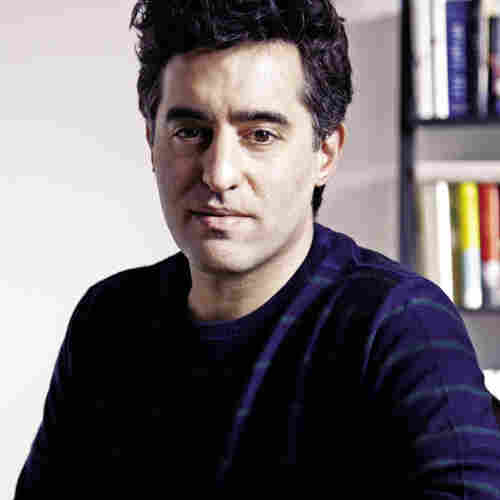 Where Englander's previous novel, The Ministry of Special Cases, was explicitly political, here, he treads lightly. (Whether he's being subtle or mincing depends on your tastes.) This restraint isn't always welcome, and even neuters some stories. Take "How We Avenged the Blums," about a group of Jewish kids facing down their bully: It's a beautifully written, entirely predictable piece that would have been left on the cutting room floor of Goodbye, Columbus.

But at his best, Englander tells us something fresh about Jewish identity today — and in the case of the title story, he does so while riffing on the art of storytelling itself.

A homage to the Raymond Carver classic What We Talk About When We Talk about Love, Englander's story begins (in fine Carver fashion) with two couples sitting together at a table, getting drunk and mean. But in the case of Englander's story, the couples happen to be a Hasidic Israeli pair and their hosts, assimilated Florida Jews. Things get very weird, very quickly.

The Israelis can't understand why the Americans are so hung up on the Holocaust. "Our concern," the Hasidic husband says, "is not the past Holocaust ... our concern is intermarriage. It is the Holocaust that's happening now." The couples later play a grim game called Righteous Gentile, in which they try to decide, in the case of another Holocaust, which of their non-Jewish friends would hide them.

It's one of the strongest, strangest American stories in years. The other pieces in the collection don't rise to its level (some, like the affected "The Reader," flail), but this book, for its inconsistencies, deserves to be read and reread for its heart and technical proficiency.

Even if it revisits terrain exhaustively explored by other American Jewish writers, Englander unwittingly makes us wonder: If a writer takes Jewishness as his subject, is he obligated to tell us something new about Jewishness? Or is he only obligated to describe Jewish characters in the most precise language he can, putting them in the most psychologically revealing situations he can imagine? Such questions — irresolvable, hairsplitting, Talmudic — prove more satisfying than the answers posed by a more perfect book.

Parul Sehgal is the books editor for NPR.org.