Accessibility links
­Poetic Propositions: Verse And The Art of Seduction Valentine's Day is a tricky occasion for poets. Granted, it's hard not to be happy about a holiday on which poems are thought to be genuinely useful. But love poetry's record as an aphrodisiac is mixed. Critic David Orr offers advice for romantic rhymers.

­Poetic Propositions: Verse And The Art of Seduction

­Poetic Propositions: Verse And The Art of Seduction 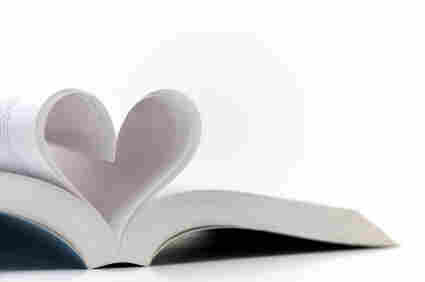 Valentine's Day is a tricky occasion for poets. Granted, it's hard not to be pleased with a holiday on which poems are thought to be genuinely useful, in the ordinary sense of the word. As the former Poet Laureate Charles Simic puts it in his introduction to an anthology called Isn't It Romantic, "Love poetry is the only type of poetry that can be put into practical use" — which is to say, it supposedly results in "spirit becoming flesh; words becoming deeds; the two of you hopping into bed."

The problem is that love poetry's record as an aphrodisiac is fairly mixed, at least for its authors. W.B. Yeats, possibly the greatest love poet of the last century, wrote poem after poem to Maud Gonne, who not only turned down his four marriage proposals but didn't sleep with him for decades (at which point, it's tempting to credit persistence rather than virtuosity). Robert Lowell's "Water" can be read as a love poem directed at his close friend Elizabeth Bishop, who was (unfortunately for Lowell) a lesbian. And of course, Dante barely even knew (if he met her at all) the Beatrice he idealizes in La Vita Nuova and The Divine Comedy.

If you're thinking about seducing someone by writing a poem, you might be better off picking up some conversation hearts instead. You'll spend less time, and at least you'll have something to eat afterward.

There are counterexamples, to be sure, but in general, if you're thinking about seducing someone by writing a poem, you might be better off picking up some conversation hearts instead. You'll spend less time, and at least you'll have something to eat afterward.

But why is that? After all, we've been assured by everything from movies like Shakespeare in Love to novels like A.S. Byatt's Possession that poets are in the business of huskily whispering their lines into the ears of the soon-to-swoon. One clue comes from that very reluctant love poet, T.S. Eliot. In a lecture from 1953 called "The Three Voices of Poetry," Eliot declared, "Surely the proper language of love — that is, of communication to the beloved and no one else — is prose." This is the case because "a good love poem, though it may be addressed to one person, is always meant to be overheard by other people."

This helps underscore something unusual about love poems: They're explicitly both private and public. They say "I love you" or "I would very much like to sleep with you" or "I'm very sad that I'm no longer sleeping with you." But they also say, "And you people reading this poem, I hope you're entertained by what I've said thus far." As Eliot puts it in his charmingly stilted love poem "A Dedication to My Wife": "These are private words addressed to you in public."

To understand the difficulty that this sort of poem poses, it helps to think about that classic meditation on love poetry, the Cameron Diaz movie Bad Teacher. Diaz (the bad teacher) reluctantly befriends a sensitive junior high doofus named Garrett. We know Garrett is a doofus in part because he insists on reciting his own poems. Worse, they're poems about the girl he's got a hopeless crush on. He does this twice in the film — once in front of his supportive family and an eye-rolling Diaz; then again in front of his classmates on a field trip. The poetry is wonderfully dreadful. A sample:

One glance, one dance
because together
we can achieve ba-lance.

But the interesting thing — the reason the scenes are excruciating — isn't the ineptitude of the poetry, but the way in which the character seems oblivious to the audience hearing his lines. He seems to think he's alone when he isn't. Of course, if Garrett were performing his awful poems to himself in his room, we'd still think they were bad. But we wouldn't cringe as we do when he blurts them out in front of kids who are going to say (as his beloved does), "Gross!" We want him to recognize that his private thoughts are public as well.

Modern Verse for Valentines: A Sampler

There are plenty of ways that a poet can signal to us that such a performance is happening. He can engage in elaborate formal maneuvers (as William Meredith does in "The Illiterate"), develop surprising conceits (Paul Muldoon's "Quoof" ) or throw wrenching metaphors at us (Plath's "Daddy").

But one of my favorite approaches is what you might call twice-removed authorship. In this sort of poem, the poet declares his work to be "after" or "adapted from" another writer, which automatically indicates to us that a performance — in this case, a performance of someone else's work — is in progress. Here is the entirety of Lee Ann Brown's "After Sappho":

So many people
advised me against you.
How glad I am
we could not resist.

It's lovely — and it's Brown's poem just as much as it is Sappho's. Which brings up maybe the best Valentine's Day advice a poet could give you: If you're thinking of adding a poem to the roses, use somebody else's words. That's what they're for, you know.

David Orr writes about poetry for NPR Books. His most recent book is Beautiful & Pointless: A Guide to Modern Poetry.