Accessibility links
Jill Barber: The New Jill Swing In "Oh My My," Barber is a 21st-century original: a rootsy big-band swinger with hip-hop attitude. 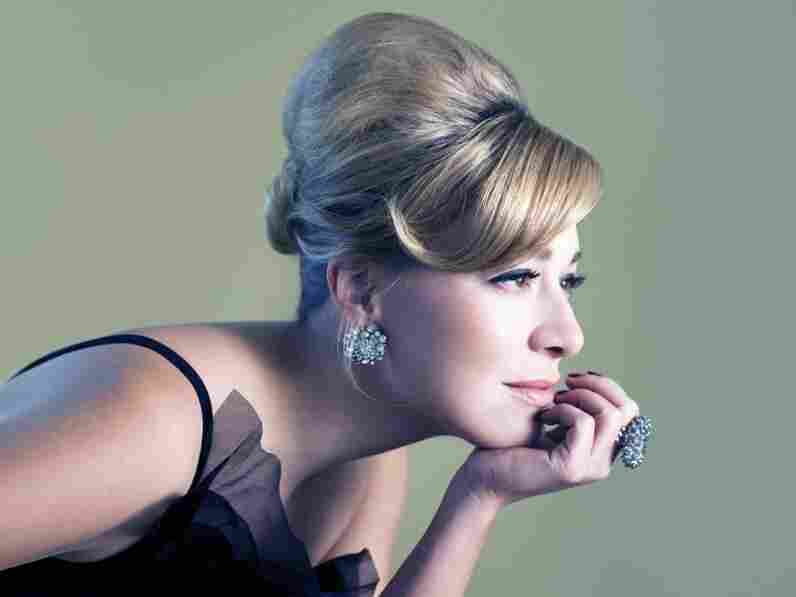 In "Oh My My," Jill Barber is a 21st-century original: a rootsy big-band swinger with hip-hop attitude. Ivan Otis hide caption 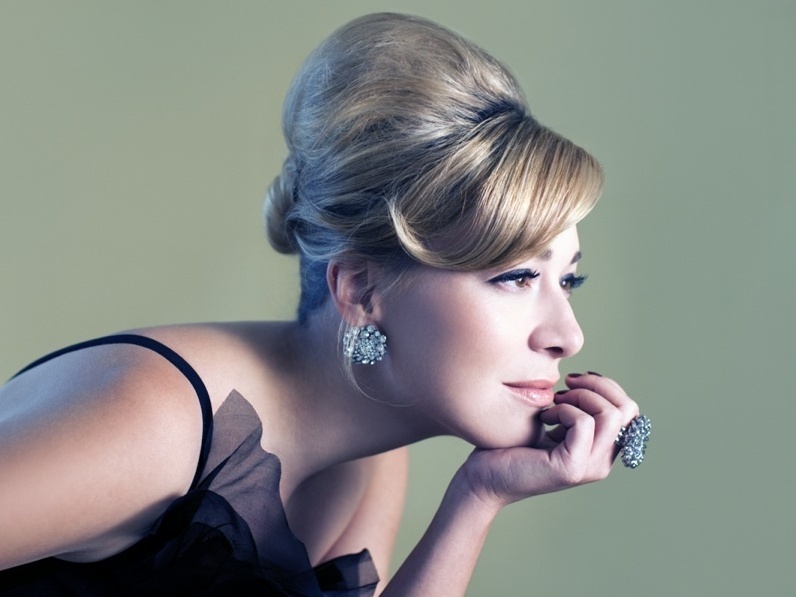 In "Oh My My," Jill Barber is a 21st-century original: a rootsy big-band swinger with hip-hop attitude.

The 32-year-old Canadian singer Jill Barber poses for her new album, Mischievous Moon, with her hair in a 1950s upswept do, a single-strapped gown with a tasteful ruffle that Peggy Lee might have worn back in the day, and an expression that's vulnerable, but with the faintest hint of a smirk. Clearly, her personal style pays homage to the so-called "girl singers" of yesteryear.

The same goes for Barber's music, but she adds contemporary twists to the formula. In "Oh My My," one of the songs she wrote for this collection, Barber starts by singing that phrase in a low, mournful voice with only hand claps as accompaniment. Then she sets up her song's theme: She's visiting a doctor because her lover "done broke" her heart.

As the song picks up speed and steam, a vibraphone rings out, adding an upbeat note that conjures happier days. Her backup singers, the Sojourners, keep chanting "Oh my my" like a band of tribal rappers as Barber brings more emotion and swing to her vocals. Eventually, flute, saxophones and wailing clarinet enter to fuel a jazzy big-band sound.

Along the way, Barber tries out a new catch phrase — "Please don't let me go" — which quickly forms the spine of the song. As she sings those five words, she plays with different musical personas: sleek chanteuse, sorrowful blues woman, has-been diva in a dive. She ends with an extended riff on her opening "Oh my my" while a flute flits around her insistent vocals, poignant yet somehow hopeful.

By the end, Barber has honored role models like Peggy Lee, Ella Fitzgerald and Billie Holiday while emerging as a 21st-century original: a rootsy big-band swinger with a soupcon of hip-hop attitude.