Accessibility links
Weekly Standard: Beyond Cynical The Obama administration has ruled that private insurance plans must provide free coverage of contraception. John McCormack of The Weekly Standard argues that the Catholic Church should pursue more than just its rejection of the administration's birth control mandate. 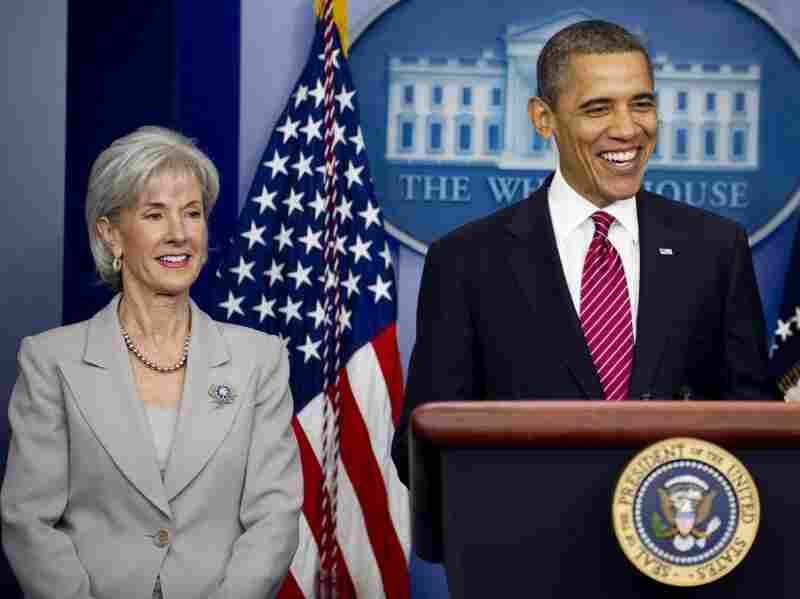 Barack Obama stands with Health and Human Services Secretary Kathleen Sebelious as he announces that insurance companies and not religious employers will cover the cost of mandated free contraceptive coverage at the White house in Washington, D.C., Feb. 10, 2012. Jim Watson/AFP/Getty Images hide caption 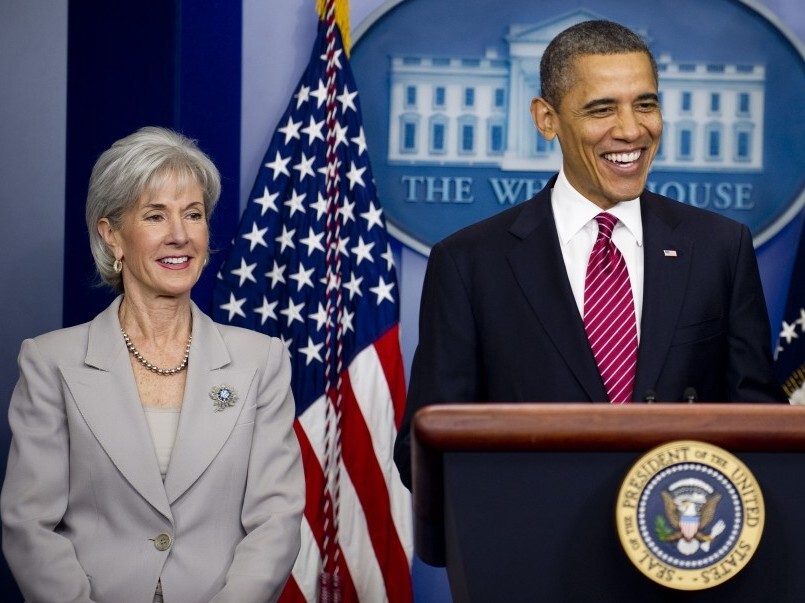 Barack Obama stands with Health and Human Services Secretary Kathleen Sebelious as he announces that insurance companies and not religious employers will cover the cost of mandated free contraceptive coverage at the White house in Washington, D.C., Feb. 10, 2012.

Read Another Opinion On Insurance and Birth Control

John McCormack is a staff writer for The Weekly Standard.

On Feb. 9, the Democratic party appeared to be in disarray over the Obama administration's decree that private insurance plans, including those offered by religious organizations, must provide free coverage of contraception, sterilization procedures, and abortifacients.

At least five Democratic senators had broken ranks and publicly criticized the mandate as a violation of freedom of conscience or religious liberty. Stories of administration infighting — pitting opponents of the policy such as Vice President Joe Biden against supporters of the policy such as Health and Human Services Secretary Kahtleen Sebelius — began popping up in the press. And Senate Majority Leader Harry Reid scrambled to block a vote on a bill protecting conscience rights.

But then, to the rescue, came a Friday presidential press conference, a pliant press corps, and the flat-footed hierarchy of the Catholic church.* Even before the president spoke shortly after noon on Friday, news reports indicated that Obama would "compromise" with or "accommodate" religious institutions. But Obama's announcement didn't actually change anything.

"If a woman's employer is a charity or a hospital that has a religious objection to providing contraceptive services as part of their health plan, the insurance company — not the hospital, not the charity — will be required to reach out and offer the woman contraceptive care free of charge," Obama said.

Obama denounced the opponents of his mandate as "cynical." But it's hard to imagine a more cynical gimmick than the one he had just announced. "The White House Fact Sheet is riddled with doublespeak and contradiction," said New Jersey Congressman Chris Smith. "It states, for example, that religious employers 'will not' have to pay for abortion pills, sterilization and contraception, but their 'insurance companies' will. Who pays for the insurance policy? The religious employer."

"It puts religious employers in the position of having to choose between providing their workers with free (to the workers) access to contraceptives and abortifacient drugs or not providing those workers with health insurance at all (and also paying a large fine)," Yuval Levin wrote at National Review Online.

Planned Parenthood rejoiced, agreeing with conservatives that the new policy didn't change much of anything. A number of liberal Catholics who had supported Obamacare also rejoiced, saying Obama's proposal changed everything. They had been humiliated by the administration's forthright trampling of religious freedom and were pathetically happy to grab the fig leaf being offered.

The Catholic hierarchy responded diplomatically and cautiously. "While there may be an openness to respond to some of our concerns, we reserve judgment on the details until we have them," said Cardinal-designate Timothy Dolan, the head of the United States Council of Catholic Bishops. He added that Obama's proposal was "a first step in the right direction."

The Catholic church is not known for being nimble or combative. Perhaps Dolan needed to confer with hundreds of other bishops in the country before making a stronger pronouncement. But the weak statement was a missed opportunity nonetheless.

The White House is not on the verge of protecting rights of conscience for those who run religious charities, hospitals, and universities. And even if it were, is the church's only goal creating a pristine Catholic ghetto in which only its religious institutions are free to exercise the rights of conscience? What about the consciences of, say, millions of pro-life businessowners? Should they be required by an executive ruling to pay for abortifacients or face heavy fines?

No, now is not the time to go easy on Obamacare. It's important to remember that the law was structured so that its most popular elements are introduced first. The current mandate was specifically designed by the Obama administration to be a campaign issue — it takes effect August 2012, just three months before the election.

Now is the time to warn the country that Obamacare is about to get much worse. When its health care exchanges are up and running in 2014, Obamacare will fund taxpayer-subsidized abortions. If the law stands, millions of Americans will lose their employer-provided health insurance and be dumped into the government-regulated health care exchanges. Whether Obamacare is putting the government between you and your God or putting government between you and your doctor, it is an unjust law. And that's to say nothing of the fact it will rapidly worsen our nation's engulfing debt crisis.

But it will be too late to wait until 2013 or 2014 to speak up forcefully about any of these things. The fate of Obamacare will be decided in November 2012.