Accessibility links
Rhode Island Student Draws Ire Over School Prayer Challenge A student in Cranston, R.I., sued the city over a banner in the high school auditorium. She started receiving death threats after a federal judge ruled in her favor, ordering the banner removed. The school board is expected to decide Thursday whether to appeal the judge's ruling. 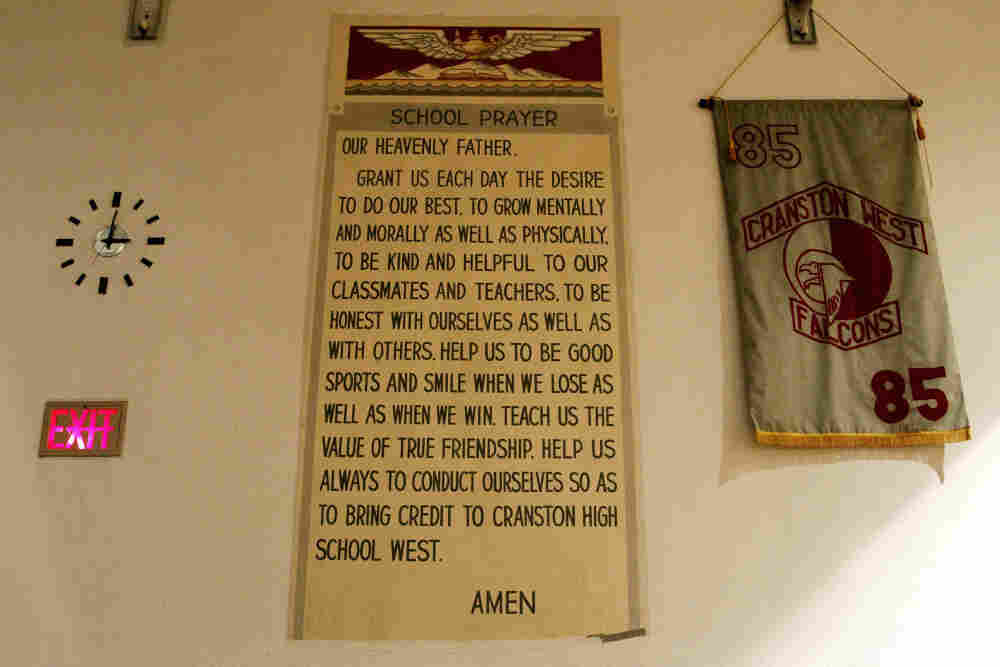 A banner hanging in the auditorium at Cranston High School West. After a federal judge ordered it removed, the school covered the banner with plywood and a school flag. Steven Senne/AP hide caption 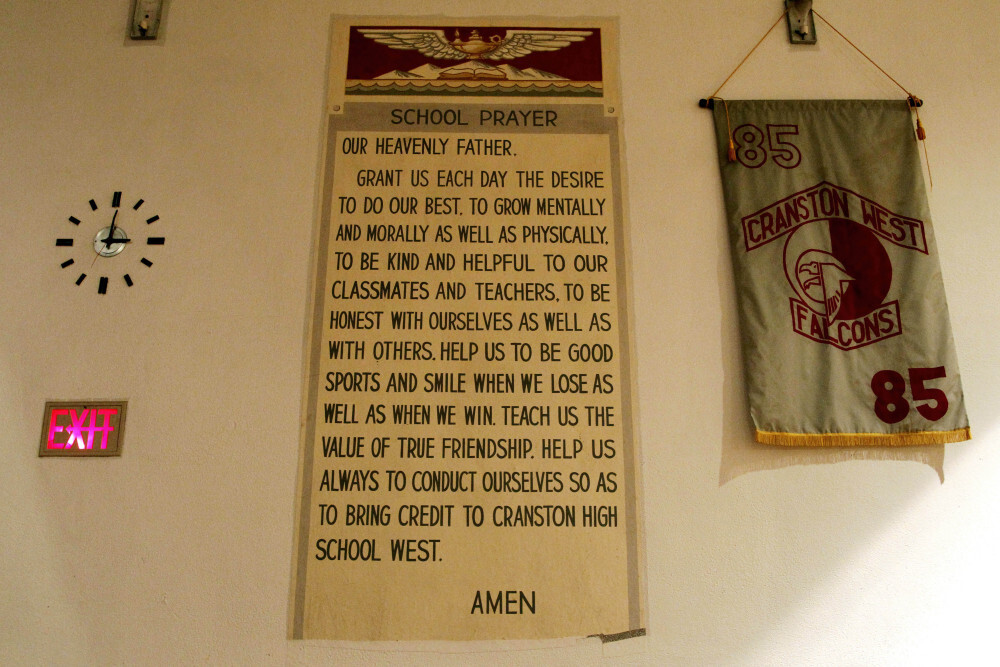 A banner hanging in the auditorium at Cranston High School West. After a federal judge ordered it removed, the school covered the banner with plywood and a school flag.

There are not many 16-year-olds who take a police escort to school, but until recently, Jessica Ahlquist was one of them.

An atheist, Ahlquist sued the city of Cranston, R.I., over a banner hanging in the auditorium of her high school, Cranston High School West. Printed on the banner, a longtime feature at the school, is a prayer to "Our Heavenly Father." 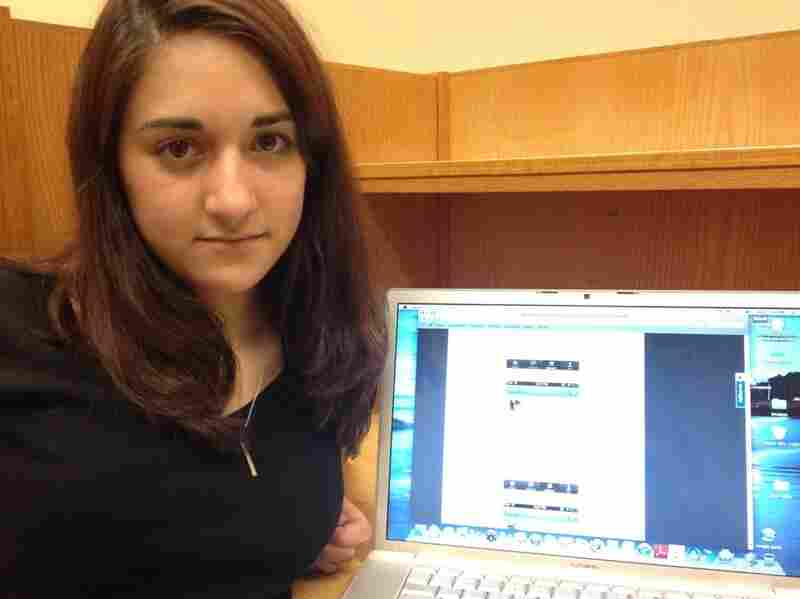 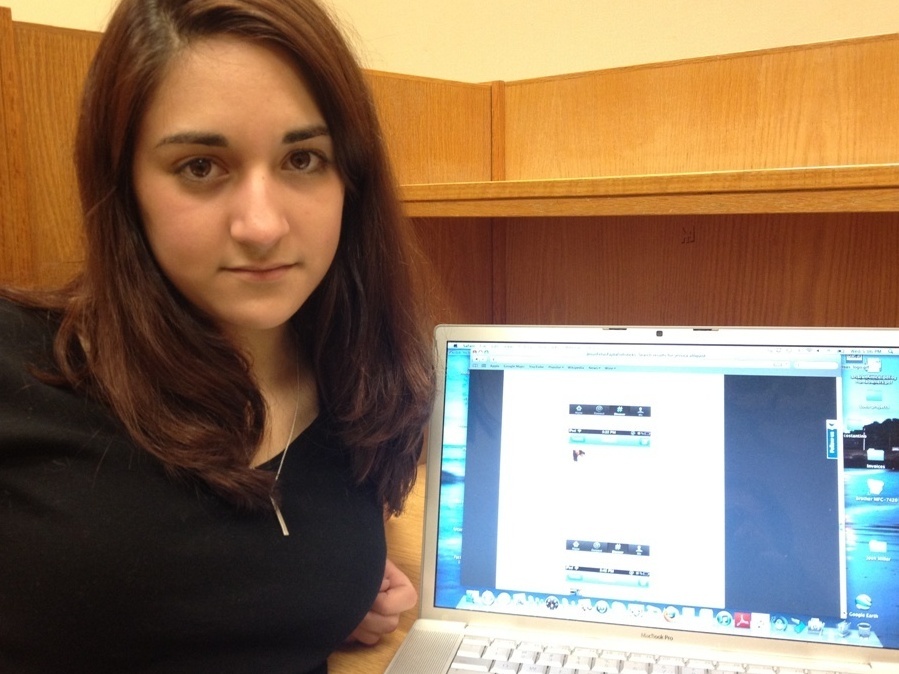 Jessica Ahlquist has received threats since suing the school district over the banner.

In January, a federal judge ordered the banner removed. The school board is expected to decide Thursday whether to appeal.

The ruling has prompted an angry backlash from residents. Ahlquist has received death threats and has even been criticized by her own state representative, Peter Palumbo.

"What an evil little thing. Poor thing," he told local talk radio station WPRO. "And it's not her fault. She's being ... trained to be like that."

The prayer, which opens with "Our Heavenly Father," urges students to work hard, be good people and achieve in sports. It ends with "Amen."

"It's stupid," says cheerleading coach Janine Hansen, a recent graduate of the school. "You have your opinions — cool, keep them to yourself. It's four words in the whole prayer — four words. Like, stupid."

The school board had the option of removing the four words, but decided not to. Many Cranston residents protested the idea of changing what has been part of the high school since the early '60s. For now, the school has covered the banner with plywood and a school flag.

Ahlquist says the prayer made her feel alienated.

"I was really taken aback and a little bit hurt by it because it is entitled 'School Prayer,'" Ahlquist says. "It really does kind of make you feel like you don't belong if you don't believe in a heavenly father."

Ahlquist says she's most troubled by Internet threats and what her classmates have been posting online.

Other Student Challenges To Prayer In Schools

John Doe et al v. The School District of the City of Norfolk (2003): A Nebraska student sued after a school board member read a prayer at a graduation ceremony. The U.S. Circuit Court of Appeals ruled the student's First Amendment rights were not violated.

"This one really upset me," Ahlquist reads from a laptop. "'This girl must be so unloved to want to get negative attention from everyone. Yeah, everyone talks about you 'cause you're psycho.'"

Ahlquist had a police officer escorting her to class for a time, but requested the detail be called off when she felt it was only adding to the public scrutiny.

Rhode Island was founded upon the principles of religious freedom and separation of church and state. But the state also has the highest percentage of Catholics in the nation. And in Cranston, the state's third largest city, everyone seems to be talking about the banner controversy.

A local florist has been selling T-shirts with a reproduction of the school prayer. As she buys two for her children, parent Marlene Palumbo says she thinks the prayer should stay.

"It's freedom of speech. I really don't feel as if there's a concern with it. It's not religious in any way at all," Palumbo says. "I mean, the banner has been up there since my mother went there."

Parent Nicole Pillozi agrees. But she questions the risk of spending hundreds of thousands of dollars in legal fees if Cranston loses the appeal.

"I don't think it's worth the money. Not when the city's in trouble and people are in trouble and the taxes just keep going up, and it's crazy," Pillozi says. "However, it's a staple of the school."

That's exactly the dilemma the Cranston school board will face as it votes on whether to appeal the judge's ruling.

Court Lifts Ban On Prayer At Texas High School Graduation June 3, 2011
What The Constitution Says About Church And State Oct. 28, 2010