Accessibility links
Designing A Better Home For Wounded Soldiers Who Want To Stay In Uniform All wars bring innovation — primarily in weapons and medicine. But today's conflicts are also bringing advances in house design, to accommodate wounded veterans. On an Army post in Virginia, two new houses are being hailed as breakthroughs.

All wars bring innovations — in weapons, and also in ways to repair the damage done. Penicillin is one of the more famous examples: It came into use as a treatment for troops in World War II.

The wars in Iraq and Afghanistan have brought their own breakthroughs, none more dramatic than the prosthetics that come close to giving back what has been lost. And big advances in treating grievous injuries have meant many more troops coming home alive.

There are enough wounded soldiers who want to stay in uniform that the military is finding ways to accommodate the disabled — and that has led to a grand experiment called the Wounded Warrior Home at the Army's Fort Belvoir in Virginia.

That's where Casey Nolan works as a project director for Clark Realty Capital. The company develops all the housing on Fort Belvoir, where Nolan recently led a small tour of an innovative new home.

Nolan ushers us into a spacious four-bedroom cottage; it's bright yellow, surrounded by a white picket fence. The charming house offers no hint that it's designed to accommodate a wide range of special needs — until you take a close look.

"This is the stove top moving down," Nolan demonstrates, moving the range a few inches.

"When you're in a wheelchair, it is a game of inches," he says, "whether it's the width of the doorway, or it's the height of the counter — [it's] how far you can reach."

These are just some of the challenges Nolan's company wrestled with when it took over housing on Fort Belvoir nearly a decade ago. Back then, nearly all military post housing was being turned over to private real estate firms to develop and manage.

Clark Realty's situation was typical. The 2,100 homes it inherited were badly in need of fixing up.

And while the company did make some of the homes handicapped-accessible, Nolan says they could still be difficult for the returning wounded to live in. Among the problems: hallways that were too narrow to turn a wheelchair around in. 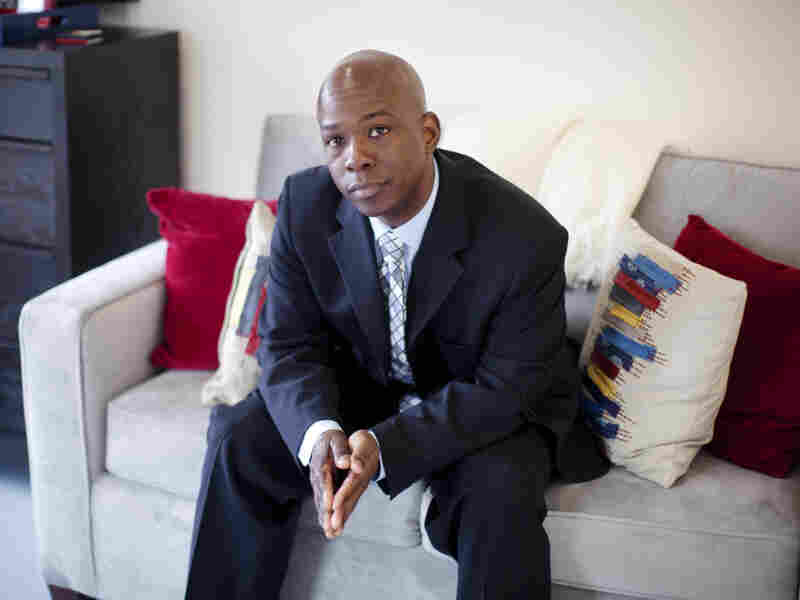 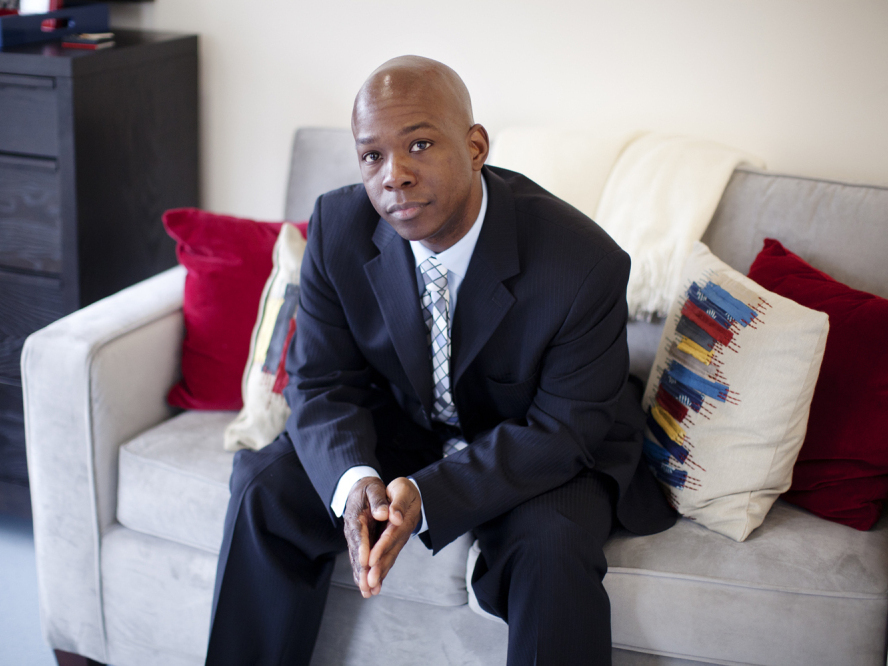 Retired Army Capt. Alvin Shell was one of several advisers on the design of the Wounded Warrior Home Project in Fort Belvoir, Va. Soon 19 more innovative homes will be built to accommodate wounded active-duty personnel.

"It just kind of hit me one day, you know, what are we doing?" Nolan says. "Is there a better way to do it? Let's just reinvent this completely."

Retired Army officer Alvin Shell was one of several advisers on the design of this home. His expertise in what a wounded warrior needs was hard-won.

Back in 2004, he was an Army lieutenant leading a platoon in Iraq. They were traveling just outside Baghdad when his convoy was ambushed. An IED hit a truck, trapping one of his sergeants in the burning wreck.

By the time it was over, Shell was badly burned over 30 percent of his body. It was only after two years in hospitals — and a series of painful skin grafts and surgeries — that he was able to start over.

"I considered myself a very top-notch officer and a top-notch soldier," he says. "I mean, I closed my eyes, and I woke up — and this was a new life for me."

As it happened, another person who was key to creating the new Wounded Warrior house was also forced to make a new life for himself.

A decade ago, Michael Graves, one of the nation's most celebrated architects, fell ill with a devastating infection. It left him in a wheelchair, unable to walk. So when he was contacted about the Wounded Warrior project, Graves said he wanted in.

"When I was interviewed, I rolled in, in my wheelchair," he says, "and I thought I had a pretty good chance of beating out the competition, because I was with the Wounded Warriors."

"We weren't sure if he'd even respond," he says. "I mean, this is just but one or two houses on a military base. And he's known for building institutional buildings around the world. But Michael showed up — showed up to every design meeting, and personally was doing the sketches himself."

To conceptualize the home Graves would design, the design firm IDEO was brought in. A partner of that firm, David Haygood, had been to war himself, in Vietnam.

Today, Haygood's hands shake from Parkinson's disease, developed years after he was exposed to Agent Orange. Sitting in the Wounded Warrior home, he marveled at how things have changed since Vietnam.

"Back then, there was something we called the million-dollar wound, which was, 'What's the least wound I can get that they'll send me home, out of the Army?' " he says. "The thing I see now, as I talk to the wounded warriors on this project" — many of them with injuries far more serious than the famed "million-dollar" wound, he says — "they want to know, 'When can I get back to my unit?' "

Before the Iraq War, it was unheard of for anyone to stay in uniform after being seriously wounded. But now that's an option.

"You know, not to be cavalier about it," he says, "but the old joke is, 'You signed a check to Uncle Sam for up to — and including — your life.'

"We have more of a wounded population today that probably wouldn't have survived in earlier generations. They're still productive members of the military. And they will continue to be so."

In the years and months after Alvin Shell was wounded, he and his family had to find their own ways to accommodate his needs — things as simple as opening the front door.

Outside the Fort Belvoir model home, he demonstrates how the damage from his burns left him unable to rotate his hand, even to turn a knob. But he can easily hold a key card.

To open the door at his own house, Shell says, he first has to punch in a combination.

"It's actually a keypad," he says, "where I actually just push the keypad, and we have a combination. ... We push it, and then the door opens up. I don't use a key at the house.

"But this is even better. It's a lot easier to manage. You just literally put it against the door, and it opens the door," he says, demonstrating.

Options For Therapy Built In

The automatic door is one of many features that address physical disability. But much of this house is also devoted to emotional scars. Huge windows and French doors are everywhere, so a resident can observe the surroundings, inside and out. That's important for soldiers struggling with post-traumatic stress.

There is also a therapy room, where a Skype connection could replace a trip to the doctor — or where, as Shell suggested to the designers, one could quietly process some very painful memories.

After he was injured, Shell was promoted to captain. And while the Army wanted him to stay in, he decided to leave the service when he was offered a good job at Homeland Security.

Asked whether it would have made him think about staying in the Army if homes like the one on Fort Belvoir had been available, Shell hesitates.

"I ... maybe. I don't know," he says. "I think if I knew that I could get this housing at every base, it might have. And maybe somebody who does have the injuries I have — if these houses catch on, and they go from base to base to base, maybe that will change someone's mind to stay in. I don't really regret my decision. But I've got to tell you, I miss it. I miss the Army. I really do."

More of these innovative homes will be going up at Fort Belvoir, breaking ground this summer.

And another house is already built, across the street from the model home we toured. A Marine sergeant and his family are living there. He lost both legs six months ago in Afghanistan; today, he's still serving, on active duty.