Accessibility links
The History Of The FBI's Secret 'Enemies' List As J. Edgar Hoover became increasingly worried about communist threats against America, he instructed the bureau to conduct secret intelligence operations against anyone deemed "subversive." A new book, Enemies: A History of the FBI, details those and other secret intelligence operations from the bureau's creation through the current fight against terrorism. 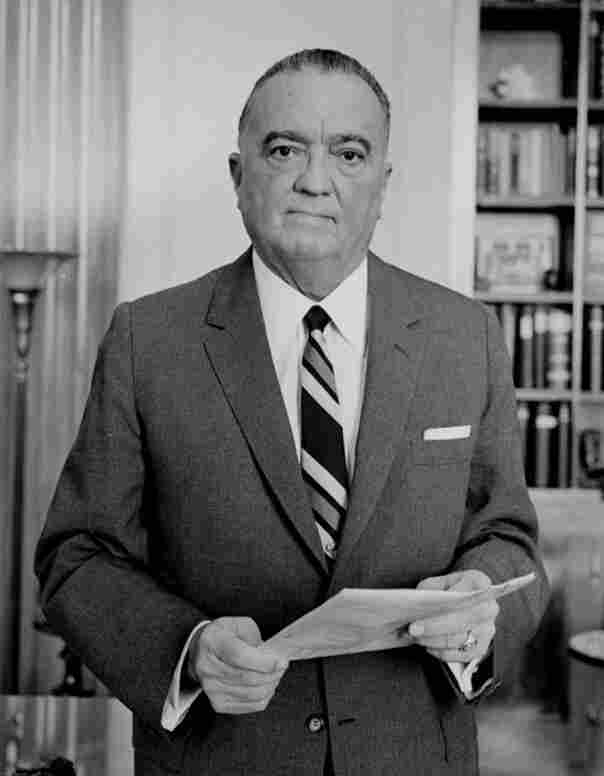 J. Edgar Hoover was the first director of the FBI. He introduced fingerprinting and forensic techniques to the crime-fighting agency, and pushed for stronger federal laws to punish criminals who strayed across state lines. He also kept secret files on more than 20,000 Americans he deemed "subversive." Anonymous/Library of Congress hide caption 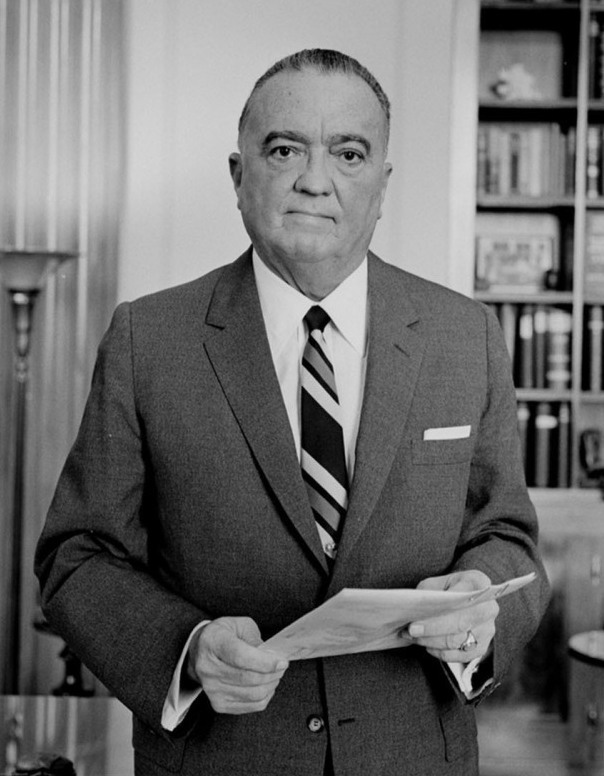 J. Edgar Hoover was the first director of the FBI. He introduced fingerprinting and forensic techniques to the crime-fighting agency, and pushed for stronger federal laws to punish criminals who strayed across state lines. He also kept secret files on more than 20,000 Americans he deemed "subversive."

Four years after Pulitzer Prize-winning writer Tim Weiner published Legacy of Ashes, his detailed history of the CIA, he received a call from a lawyer in Washington, D.C.

"He said, 'I've just gotten my hands on a Freedom of Information Act request that's 26 years old for [FBI Director] J. Edgar Hoover's intelligence files. Would you like them?' " Weiner tells Fresh Air's Terry Gross. "And after a stunned silence, I said, 'Yes, yes.' "

Weiner went to the lawyer's office and collected four boxes containing Hoover's personal files on intelligence operations between 1945 and 1972.

"Reading them is like looking over [Hoover's] shoulder and listening to him talk out loud about the threats America faced, how the FBI was going to confront them," he says. "Hoover had a terrible premonition after World War II that America was going to be attacked — that New York or Washington was going to be attacked by suicidal, kamikaze airplanes, by dirty bombs ... and he never lost this fear."

Weiner's new book, Enemies: A History of the FBI, traces the history of the FBI's secret intelligence operations, from the bureau's creation in the early 20th century through its ongoing fight in the current war on terrorism. He explains how Hoover's increasing concerns about communist threats against the United States led to the FBI's secret intelligence operations against anyone deemed "subversive." 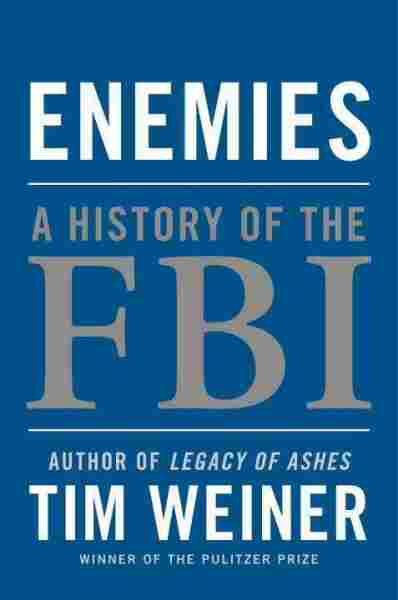 A History of the FBI

Secrecy And The Red Raids

Weiner details how Hoover became increasingly worried about communist threats against the United States. Even before he became director of the FBI, Hoover was conducting secret intelligence operations against U.S. citizens he suspected were anarchists, radical leftists or communists. After a series of anarchist bombings went off across the United States in 1919, Hoover sent five agents to infiltrate the newly formed Communist Party.

"From that day forward, he planned a nationwide dragnet of mass arrests to round up subversives, round up communists, round up Russian aliens — as if he were quarantining carriers of typhoid," Weiner says.

On Jan. 1, 1920, Hoover sent out the arrest orders, and at least 6,000 people were arrested and detained throughout the country.

"When the dust cleared, maybe 1 in 10 was found guilty of a deportable offense," says Weiner. "Hoover denied — at the time and until his death — that he had been the intellectual author of the Red Raids."

Hoover, Attorney General Mitchell Palmer and Secretary of the Navy Franklin Delano Roosevelt all came under attack for their role in the raids.

"It left a lifelong imprint on Hoover," says Weiner. "If he was going to attack the enemies of the United States, better that it be done in secret and not under law. Because to convict people in court, you have to [reveal] your evidence, [but] when you're doing secret intelligence operations, you just have to sabotage and subvert them and steal their secrets — you don't have to produce evidence capable of discovery by the other side. That could embarrass you or get the case thrown out — because you had gone outside the law to enforce the law."

Hoover started amassing secret intelligence on "enemies of the United States" — a list that included terrorists, communists, spies — or anyone Hoover or the FBI had deemed subversive.

Later on, anti-war protesters and civil rights leaders were added to Hoover's list.

"Hoover saw the civil rights movement from the 1950s onward and the anti-war movement from the 1960s onward, as presenting the greatest threats to the stability of the American government since the Civil War," he says. "These people were enemies of the state, and in particular Martin Luther King [Jr.] was an enemy of the state. And Hoover aimed to watch over them. If they twitched in the wrong direction, the hammer would come down."

"It was a poison pen letter, it was a hate letter; it wasn't from anyone in particular, but Martin Luther King and his wife would certainly know the source of the tapes, that it had to be the FBI," says Weiner. "And the poison pen letter read: 'King, look into your heart. The American people would know you for what you are — an evil, abnormal beast. There is only one way out for you. You better take it before your filthy, abnormal fraudulent self is bared to the nation.' "

Weiner says King ignored the letter, even as the FBI tried diligently to defame him.

"They were trying to get King knocked off from his perch as the Nobel Peace Prize recipient," he says. "They sent [the tapes] to colleges to keep him off campus, they sent it around Washington."

It was Hoover, says Weiner, who decided that bugging King's bedroom was necessary.

"When it came down to bugging bedrooms, you had to be careful not to get caught, but there wasn't anything to stop him," says Weiner. "He decided up to a point ... where the boundaries of the law [were] when it came to black bag jobs, break-ins, bugging, surveillance, the constitutionality of gathering secret intelligence on America's enemies — both real and imagined."

"Hoover is the inventor of the modern American national security state. Every fingerprint file, every DNA record, every iris recorded through biometrics, every government dossier on every citizen and alien in this country owes its life to him. We live in his shadow, though he's been gone for 40 years. As they always told the agents at the FBI academy when they were training, 'An institution is the length and shadow of a man.' "

"Hoover had come to Bobby Kennedy and President Kennedy and said, 'Look, Stanley Levinson — King's adviser — is a communist. He's a secret communist, he's an underground communist, and he's using Martin Luther King as a cat's paw.' Well, when you put it that way, you weren't gainsaying Hoover if you were John or Bobby Kennedy. So they said yes."

On why Hoover asked Roosevelt for "unlimited powers"

"Hoover did not want any limits. He wanted no charter, no rules. He wanted the FBI to investigate the so-and-so's. And he believed that the Soviet Union was trying to steal America's atomic secrets, to burrow into the State Department, the Pentagon, the FBI and the White House — and he was right."

"Hoover's war on gays in the government dates back to 1937 and lasted all his life. He conflated — and he was not alone — communism with homosexuality. Both communists and homosexuals had secret coded language that they spoke to each other, and they had clandestine lives, they met in clandestine places, they had secrets. And in certain cases, such as the British spy ring that penetrated the Pentagon in the 1940s and early 1950s, they were both communists and homosexuals. Hoover didn't see a dime's worth of difference there. They were one and the same. This was hammered into him when the FBI dealt with one of the most famous informants — Whittaker Chambers — who helped bring down secret Soviet espionage rings in this country. He was a well-known writer at Time magazine. Chambers was a secret homosexual and a secret communist. Hoover saw a nexus there, and he never let that thought go."

On Hoover's relationship with President Nixon

"It was deep. It was based on mutual respect and dependency. And then it broke down during the last year and a half of Hoover's life — around the time that Nixon turns on the White House tapes and starts bugging himself. Nixon wants his enemies destroyed — all of them. Hoover is no longer willing to do his dirty work for him — his black bag jobs, his breaking and entering, his bugging. Nixon becomes increasingly frustrated with this and he sets up his own bucket shop — the plumbers. Six weeks after Hoover dies, they get caught breaking into the Watergate."