Accessibility links
Winter Songs: A Skating Rink's 'Ribbon In The Sky' As Tracy Flynn was led out onto the Central Park ice-skating rink, Stevie Wonder's song began to play. 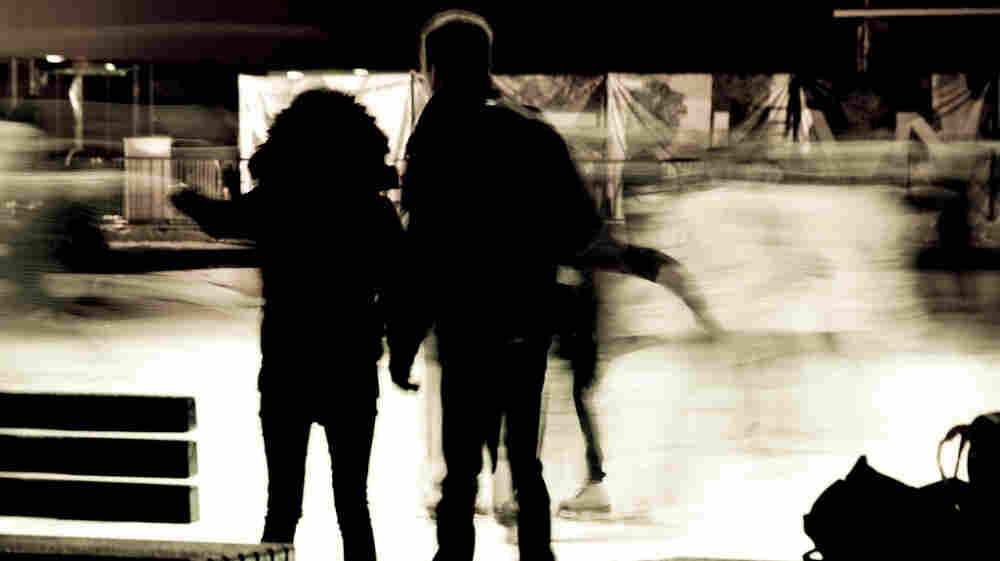 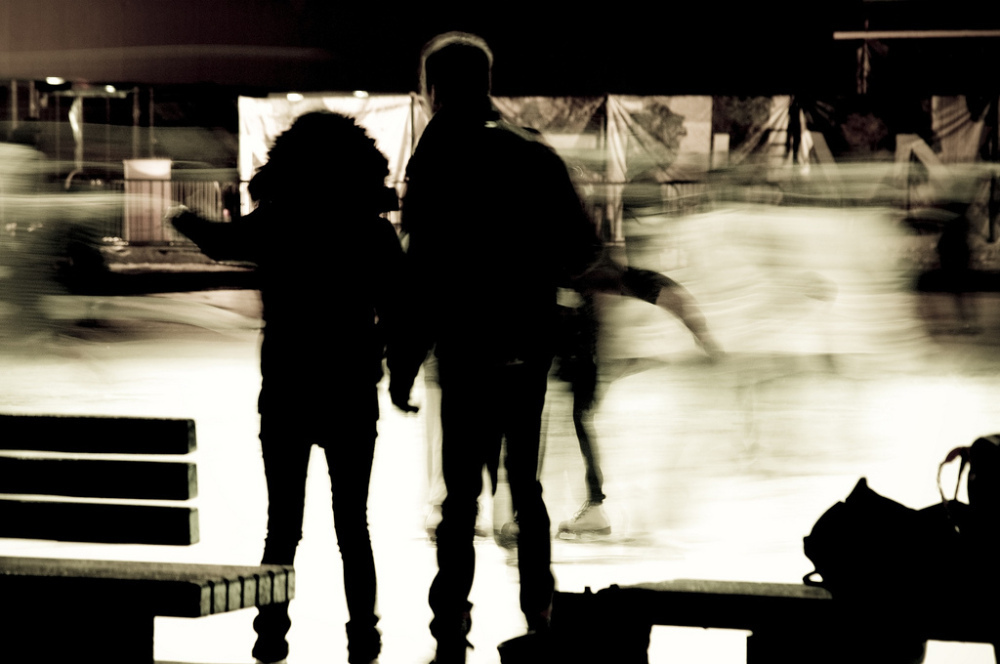 Valentine's Day is a perfect opportunity to play another song that evokes the winter season, given that so many NPR listeners have written in with songs that accompanied the first blush of love or the painful end of a relationship. Thirty years ago, listener Tracy Flynn was living in New York City — she now lives in Lewiston, Idaho — and on a trip to the Adirondacks, she met a guy named Billy, a friend of a friend.

Flynn wasn't interested, but he was a funny guy — a nice guy — so she said to him, "If you're ever in New York City, come see me."

"So, what do you know, a couple months go by and there's a knock on my door, and there's Billy. Not just Billy, but Billy in a backpack big enough to trek across North America without ever running out of supplies," Flynn says, laughing. "He looked like he had come to stay. I was a little alarmed at first. I kind of hinted around those first days and weeks to find out just what his plans were. Eventually, when he enrolled in a local university and got a job there and was going nowhere, I figured out that he was there to stay. He looked like he belonged there. I realized I no longer wanted him to go. He just fit right in.

"One January evening we went to the ice rink in Central Park. It was freezing cold out and the sky was absolutely clear. It was beautiful. It sparkled. And as Billy led me out onto the ice, [Stevie Wonder's] 'Ribbon in the Sky' began to play."

"Ribbon in the Sky" is the kind of song for which you should be gliding on ice, but Flynn says she was just falling all over. It still felt romantic, though — "so romantic it was almost embarrassing," she says.

"I realized right then that I could really fall for Billy, which, of course, I did."

"I would love to say that we lived happily ever after, but it just didn't happen that way. After a few years, we hit a crisis that we just couldn't get past," Flynn says. "I moved alone to the West Coast. Billy ultimately met someone else and got married. And, for a long time, we lost track of each other. But eventually, my phone rang, and there was Billy all over again. It was like the years had never passed. His marriage had ended, as had my own, and I began looking forward to our emails and talks."

After all that time, Flynn says, "I was thinking, 'Thank goodness. I want him back in my life.' And now we find ourselves, nearly 30 years after we first met, talking about second chances."

When Flynn hears "Ribbon in the Sky" these days, "It truly means that when Billy came into my life, there truly was a ribbon in the sky made just for us. It's always been there, even though we lost track of each other and were far apart for many years — that ribbon is still there and we're finding it again."