Accessibility links
As Wars Wind Down, What Are U.S. Security Needs? For the past decade, the wars in Iraq and Afghanistan, along with the terror threat from al-Qaida, have been the focus of U.S. security officials. Now the debate is shifting, and planners are trying to figure out what comes next.

As Wars Wind Down, What Are U.S. Security Needs?

As Wars Wind Down, What Are U.S. Security Needs? 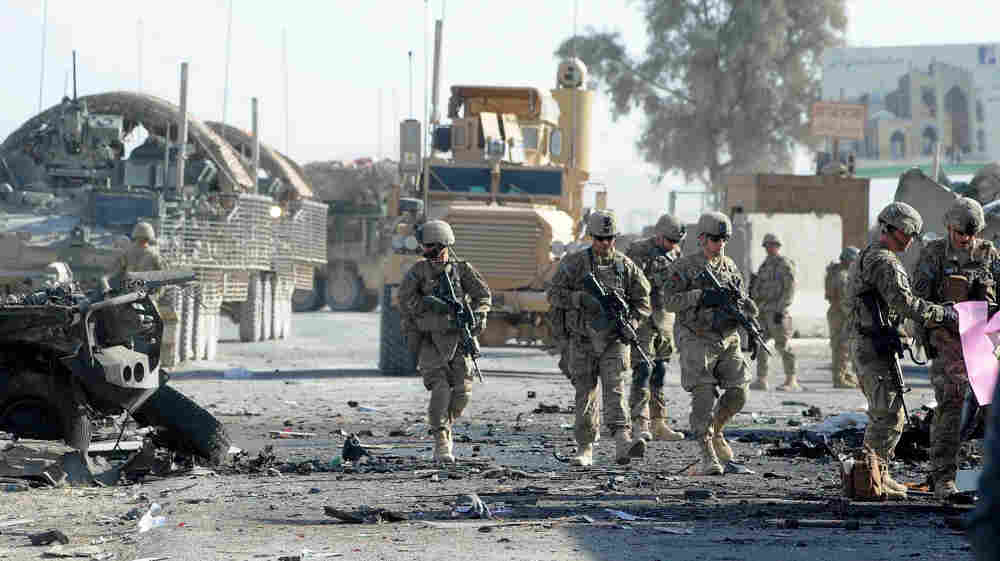 U.S. soldiers are expected to be in Afghanistan for a couple more years. But already there's a debate about future U.S. security needs worldwide. Here, soldiers examine the site of a suicide bombing in the southern Afghan city of Kandahar on Jan. 19. AFP/Getty Images hide caption 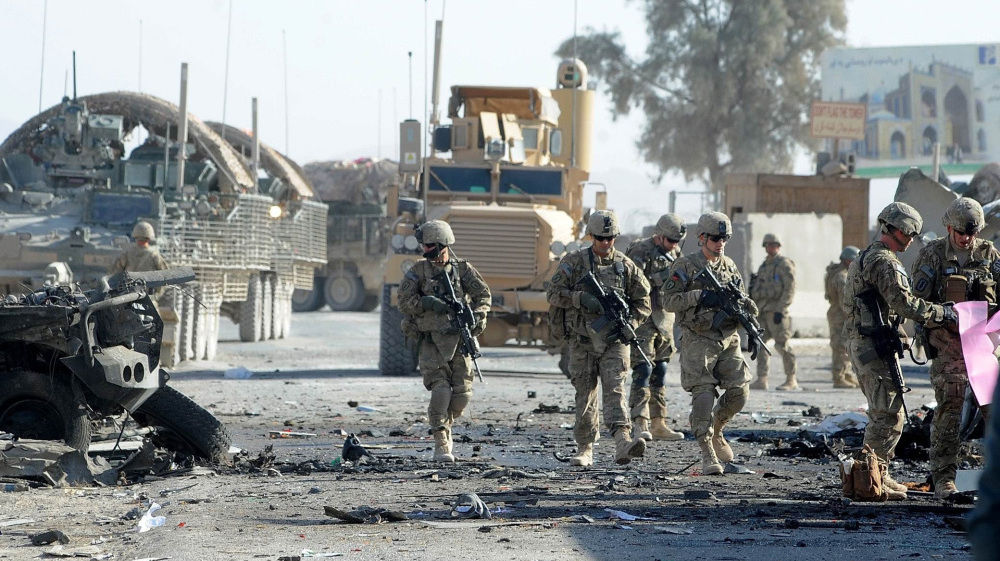 U.S. soldiers are expected to be in Afghanistan for a couple more years. But already there's a debate about future U.S. security needs worldwide. Here, soldiers examine the site of a suicide bombing in the southern Afghan city of Kandahar on Jan. 19.

U.S. troops have already left Iraq, the war in Afghanistan is winding down, and there hasn't been a major terrorist attack on U.S. soil since 2001.

So is America now safe enough to scale back its emphasis on security? Or are the potential threats no less dangerous — just less obvious?

In a new article, two foreign policy analysts assert that threats to the U.S. are often overstated. Here is their basic argument:

The total number dropped by 35 percent between 2006 and 2010. Most are limited to war zones such as Afghanistan, Pakistan and Somalia, and few involve Americans. Americans accounted for just 15 out of 13,186 killed in terrorist attacks in 2010.

Al-Qaida got "tragically lucky" in 2001 but is unlikely to do so again, having lost its safe haven in Afghanistan and most of its top leadership. Meanwhile, no other country rivals U.S. military might.

These questions are not just philosophical, but practical. They're also the underpinning of the current argument about what the level of defense spending should be.

Cuts, But How Big?

After a decade of sharp increases, the Pentagon budget would be cut by about 6 percent next year, compared to this year's spending levels. Defense Secretary Leon Panetta has said the Pentagon can absorb the current cuts and can meet the nation's strategic security needs with fewer troops.

Testifying before the Senate Armed Services Committee on Tuesday, Panetta restated the Obama administration's position that it will focus more on Asia and the Middle East in the coming years.

But Panetta, the military brass and many Republicans are concerned that even larger cuts could be on the way and those could substantially weaken the military.

"It asks the men and women in uniform who have given so much already to give that much more, so that the president might fund programs the American people don't want and can't afford," Howard "Buck" McKeon, the California Republican who chairs the House Armed Services Committee, said in response to Obama's budget.

Underlying this political debate, however, is a deeper question. The U.S. has overwhelming military superiority and there is no immediate threat from abroad, so how vigilant and well-armed should the U.S. be to preserve national security?

In a forthcoming article in Foreign Affairs, Micah Zenko and Michael A. Cohen argue that threats to the U.S. are routinely overstated.

Wars are less frequent — and far less deadly — than they were even a few decades ago. The U.S. has built up a military apparatus that dwarfs any potential rivals — spending nine times as much as China on defense, for instance.

Even terrorist attacks pose little threat to most Americans, Zenko and Cohen argue. They are fellows, respectively, at the Council on Foreign Relations and the Century Foundation.

They note that in 2010, 13,186 people were killed in terrorist attacks worldwide, but only 15 of them were Americans. In other words, Americans face greater risk from drowning in a bathtub.

"The world that the United States inhabits today is a remarkably safe and secure place," Zenko and Cohen write. "It is a world with fewer violent conflicts and greater political freedom than at virtually any other point in human history."

Nonetheless, many Americans, including many defense policymakers, continue to feel that the world is a threatening place. 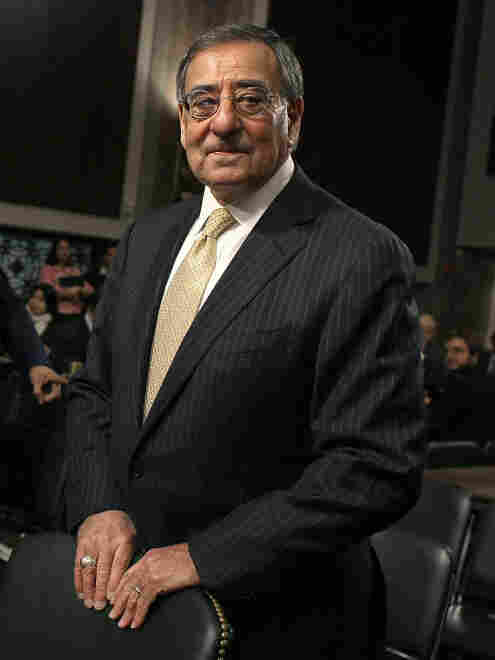 Defense Secretary Leon Panetta says the military will focus more on Asia. He says the Pentagon can absorb some budget cuts, but warns that they must not be too deep. He's shown here Tuesday on Capitol Hill, where he testified before the Senate Armed Services Committee. Mark Wilson/Getty Images hide caption 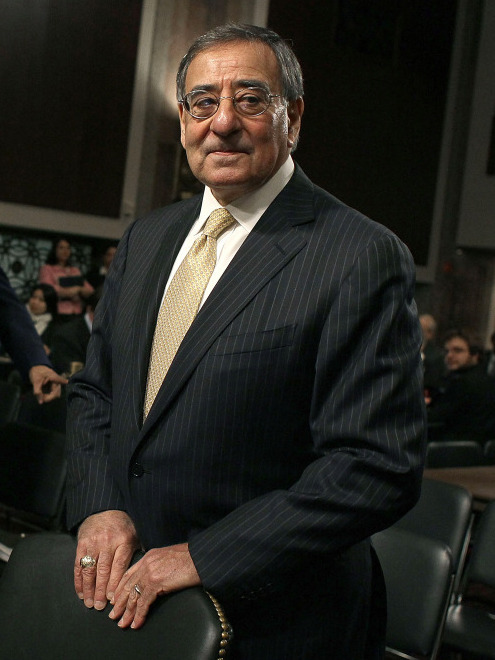 Defense Secretary Leon Panetta says the military will focus more on Asia. He says the Pentagon can absorb some budget cuts, but warns that they must not be too deep. He's shown here Tuesday on Capitol Hill, where he testified before the Senate Armed Services Committee.

To cite one example, the potential for Iran to build nuclear weapons and threaten its neighbors — notably Israel — has been the dominant foreign policy concern in recent weeks.

And the argument that the U.S. can feel safe and secure because its wars are winding down and there are no immediate existential threats is based on several "fallacies," says Peter Feaver, a political scientist at Duke University who worked on national security issues during the George W. Bush administration.

The first, he says, is that the future will not be as dangerous as the present. The next is that, because the U.S. has achieved clear military dominance, it can rest on its laurels and reduce its military strength.

Feaver dismisses the argument that it's a waste of money to chase after al-Qaida just because it hasn't been able to launch another attack of the scope of Sept. 11, 2001.

"Their failure to launch is partially a measure of the success of those [counterterrorism] efforts, rather than, as some observers erroneously argue, a sign that they weren't needed," he says.

It's like arguing because someone never got mumps, he never needed a mumps vaccine.

Feaver says the third fallacy is the idea that certain conflicts or parts of the world have no bearing on U.S. security interests and can safely be ignored.

The dangers of such an attitude, he says, have been amply demonstrated by American inattention to Afghanistan in the 1990s, which allowed al-Qaida to create its safe haven there.

There's no telling what threats may loom larger in the future, says Nora Bensahel, a defense analyst at the Center for a New American Security. "That's kind of how history goes," she says. "Things come up and surprise you."

Consider China. It may pose no military threat to the U.S. now, but its ambitions even within its region may eventually conflict with American interests.

Protecting against such an eventuality will require advanced sea- and aircraft of a sort that take years to develop and build up, Bensahel says. You can't just start from scratch once the danger is clear and present.

"What happens if we don't invest now in the airplanes and ships that we need?" she asks. "We may wake up 15 years from now and find that China controls traffic in the South China Sea, for example, where the U.S. has enormous economic interests."

The world that the United States inhabits today is a remarkably safe and secure place. It is a world with fewer violent conflicts and greater political freedom than at virtually any other point in human history.

It's impossible to plan for every scenario. There's no amount of military spending that would keep the nation completely safe.

"We could spend the entire federal budget on the military and we wouldn't be able to eliminate every risk to U.S. national security," Bensahel says.

That leaves open the question of how much risk policymakers are willing to tolerate. That's inevitably a political question, Feaver says, and one that never gets fully resolved.

After the Cold War, Washington was too complacent about U.S. security, he says. After Sept. 11, many politicians exaggerated the threat that terrorism posed, he adds.

"The al-Qaida threat was and to a certain extent is very, very serious, but it was not the Soviet Union with tens of thousands of nuclear-tipped missiles on hair-trigger alert," Feaver says. "So it's a categorically different threat."

Even Obama's budget, despite its significant cuts, assumes U.S. troop levels will remain higher than they were before 2001. Figuring out just how much military force and spending is enough is going to remain a primary argument in Washington.

It's "preposterous" to worry that the U.S. can't afford to cut defense spending because of threats that might arise years down the road, says Jack Snyder, an international relations professor at Columbia University.

On the other hand, Snyder says, a good deal of the security the U.S. enjoys today is the byproduct of its military resolve.

U.S. strategy hasn't always been flawless, he says, but the country has made it clear it won't tolerate aggression across internationally recognized borders — and has had the wherewithal to back that policy up.

"War is less likely and the U.S. is certainly more secure now than it has been in a long, long time," Snyder says. "But some of the reasons for the decline of war have to do with the power of the United States and the other liberal advanced democracies."