Accessibility links
Looking For Lin In All The Wrong Places Why are the so-called experts are always looking in the same places? Frank Deford wonders how many talented athletes like Jeremy Lin have been overlooked because of stereotyping. 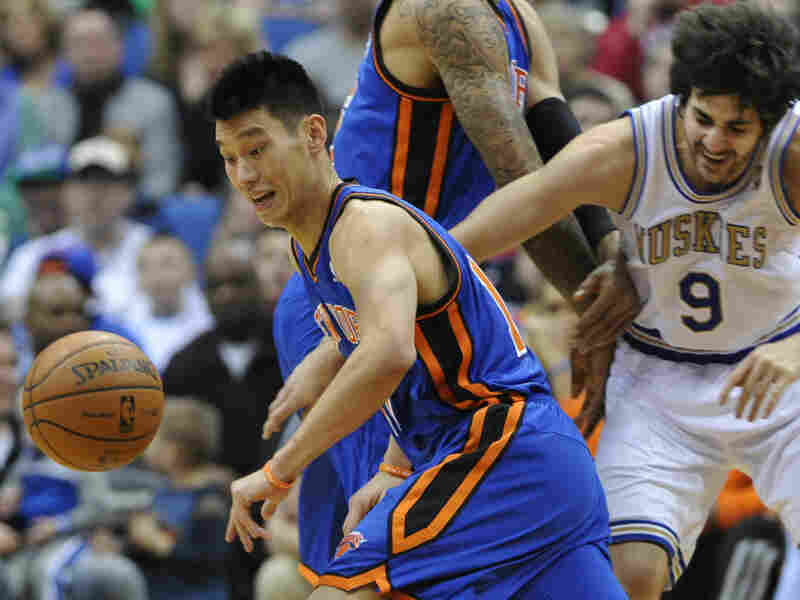 Jeremy Lin chases the loose ball in the first half of an NBA basketball game in Minneapolis. Lin is one of the few Asian-Americans in NBA history. Jim Mone/AP hide caption 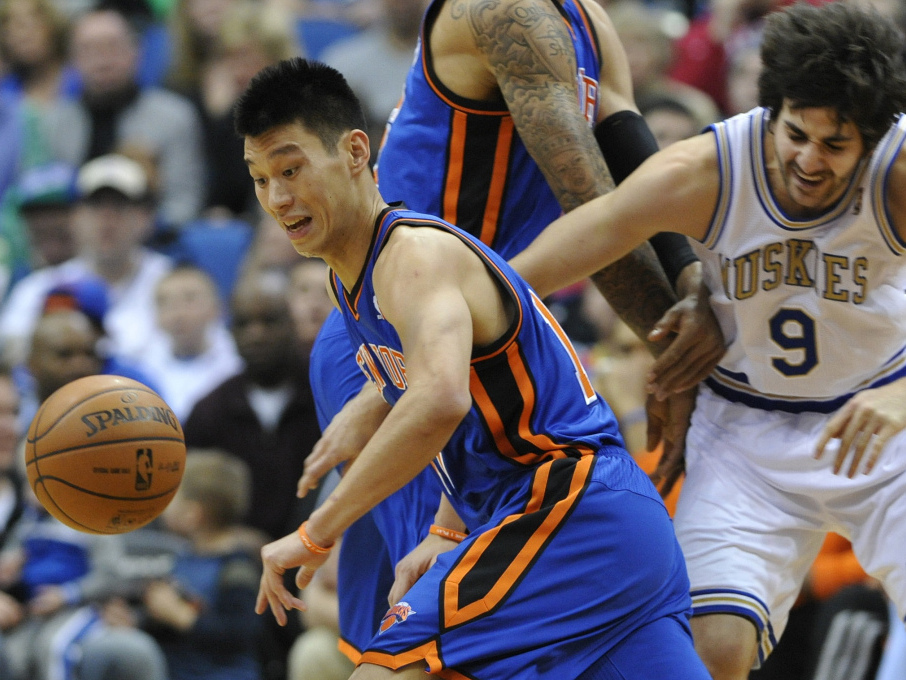 Jeremy Lin chases the loose ball in the first half of an NBA basketball game in Minneapolis. Lin is one of the few Asian-Americans in NBA history.

By now, most everybody knows Michael Lewis' story of Moneyball — best-selling book or Oscar-nominated film — about the poor little franchise in Oakland that learned how to compete against the big-city rich teams by discovering overlooked players.

The maestro of this policy, Billy Beane, is an endearing character, but I've never been all that charmed by the story, because Beane was just employing cold statistics. Oh, he was right, but it was like rooting for a guy at the blackjack tables who counts cards.

The villains in Moneyball are not the fat-cat franchises, but the copycat scouts who are all on the same page, addicted to the same physical ingredients that make up their model prospect. It is the truly courageous judge of young talent — in any sport — who dares predict success for a player because of qualities that can't be quantified.

And the fact is that nobody — nobody in basketball — had the perception or the guts to say: You know, I don't care what anybody else thinks, this kid Jeremy Lin has it. Whatever it is.

It's not like he was tucked away in Bulgaria. Lin was hidden in plain sight. He led his high school at Palo Alto to the California championship. No, Harvard is not Kentucky or Carolina, but he was on display for four years in Division 1. Come on.

But none of the geniuses — not one scout, one coach, one general manager — could see what everyone sees now when it's fashionable. None of the people paid to envision, could envision. Obviously, some of it was simply that Lin wasn't the right heritage. No, I'm not saying basketball people are prejudiced against Asian-Americans. It's just the usual common stupidity of stereotyping. It wasn't just a matter of race. Scouts tend to be uncomfortable with anything different.

But what is so disappointing is that Lin finally was given his opportunity only because about a half-dozen weird happenstances happened to occur — the owners' lockout, salary-cap manipulations, trades that fell through, injuries and, at last, a coach's sheer desperation. Talk about divine intervention.

But, in counterpoint, what is so dispiriting is to contemplate not only how many basketball players, but how many other athletes, how many artists and actors and musicians and writers, how many special creative talents never get fulfilled because the so-called experts are always looking in the same places.

Jeremy Lin is a success, and hooray for him, but his example tells us that there are, surely, so many more brilliant might-have-beens in our midst who never get a chance.

And that's the sad part to such a happy ending.